The Trump Administration faces the odious task of defending capitalism in this age of consumerism explosion, and given that President Donald Trump is a capitalism-baron and casino-mogul, there is scepticism regarding whether or not he is intellectually objective enough to negotiate with Communist China and North Korea.

Hong Kong is obviously a trade-zone 'hot-spot,' and the European Union wants lesser-known nations such as Wales and Sweden to emerge as trading presences. Sweden already offers the international automobile industry two giants --- Saab and Volvo. So how will Trump coordinate trade-idealism with the harsh realities of consumerism cynicism?

Now, with today's news of a new urban terrorism event in Barcelona involving an exploding van and 13 victims, people are wondering if the Trump Administration's brand of 'commerce-driven globalization' can thwart the 'phantom menace' of anti-Western sentiments.

I remember the days of the Great Gatsby and Toys 'R Us --- are those days gone?

Will we see a new version of Reagonomics --- perhaps 'Trumponomics'?

NORTH KOREA: We want nuclear weapons!
WALES: We want trade recognition!
USA: Everyone wants a stake in the World Bank.

NORTH KOREA: What does Trump offer to the World Bank?
WALES: Does he care about the European Union?
USA: America cares about the sanctity of NATO and the reliability of Wall Street...

NORTH KOREA: We will not stand for an 'American Empire.'
WALES: Where's continental 'parity' for European Union (perhaps Mexico and Canada can tie with USA)?
USA: The Trump Administration wants no escalation with 'anarchism sentiments.' 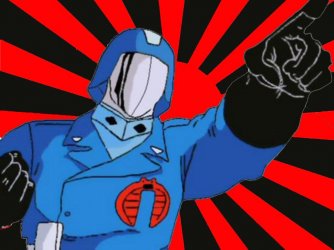 Trump's 'fine people' of the alt-right.

Repubs have gotten a pass for way too long...

Trump Admits China, Russia, North Korea Are Rooting for Him to Beat Biden
2

ShockedCanadian, the “China threat” and Trump

Is Joe About To Surrender Taiwan To Beijing?

The Big Money Behind the Big Lie

governor pardons missour couple who protecting themselves against blm
2

Covid 19 is spreading in your community...
2