A huge W.M.M. - White Mothers Matter - 'mostly peaceful protest' has been called for after a black officer tazed and arrested a white mother sitting in nearly deserted football stands, social distancing, for NOT wearing a mask: 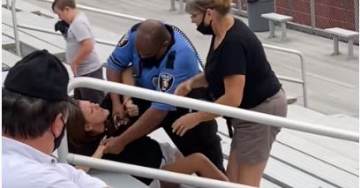 This Is America? Young Mother TASED, CUFFED
AND ARRESTED for Not Wearing Face-Mask at
Mostly Empty Stadium to Watch HS Football Game

In front of her 2 small children the officer tased Alecia Kitts the and cuffed the woman who refused to don a mask because she was sufficiently social distanced from surrounding spectators.... 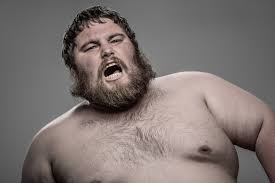 "I was in the middle of a freakin' wave,
man...or at least trying to start one up...
when this dude come flyin' through the
air with a crazed look in his eye and a damn
taser in his hand. 'Fore I knew what had
happened I was wakin' up in the back of
a squad car with the big red 'W' I had
pained on my belly done rubbed off."

Altogether some 9 locals - approx. half the people in the stands - were tased and sent to jail. 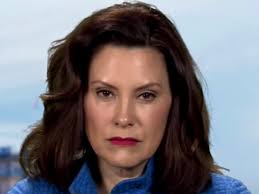 "Michigan Governor Whitmer later told
reporters, "This shit....this...non-compliance
with my mandates, this disrespect of my
authority, will not be tolerated, do you hear me?"

Had she worn a BLM hoodie and started a fire in the seat next to hers, she would have gotten away unscathed...
You must log in or register to reply here.

For the first time in one century, New Hampshire's largest newspaper endorses the Democrat (Joe Biden)

2 minutes ago
Grace Is Stoked