United Welfare State of America: US Now Spends Over $1 Trillion on Welfare

United Welfare State of America: US Now Spends Over $1 Trillion on Welfare​

On Thursday, the Senate Budget Committee released a startling welfare spending report based on a new Congressional Research Study. According to the report in 2011 the United States spent $1.028 trillion dollars on welfare, which is more than the states and federal government spent on Social Security, Non-Military Defense or Medicare. The federal spending on welfare entitlements now accounts for one fifth of the federal budget and consumes over 5% of the GDP. This is almost a 30% spending increase since the start of the Obama Administration. The CRS report focused on over 80 benefit programs for low-income families including food stamps, low incomes housing, cash assistance, energy assistance and tax credits for low income families.

The federal government spent 745.84 billion in 2011 on welfare programs, a 32% increase since 2008 and the individual states spent $282.7 billion in 2011 showing a 29% increase since 2008. The CRS report also points out that the food assistance program had the greatest increase, from 2008 to 2011 the United States increased its spending by 71% and the spending for energy assistance programs increased 67% from 2008 to 2011. The most expensive program on the list is Medicaid which jumped from $82 billion in federal spending in 2008 to $296 billion in 2011. According to washingtontimes.com the majority of the funds that boosted these programs came from the 2009 stimulus.

Fox News reported on some of the reasons for such dramatic increases in spending on these programs:


The number of people enrolling in these benefits program has risen in part due to the recession and its aftermath. Record numbers of people, for example, have gone on food stamps as unemployment continues to hover near the 8 percent mark.

Sessions office acknowledges that persistently weak GDP growth is unquestionably a factor in the rising budget for benefits programs.

However, Sessions office claims federal policy has explicitly encouraged growth in welfare enrollment  combined with a weakening of welfare standards and rules.

Republicans have, for example, accused the Obama administration of trying to loosen welfare requirements, though the administration claims it is just trying to give states the kind of flexibility they have sought.

Sessions has also claimed that food stamp administrators have proactively tried to enroll people even when they might not necessarily need the assistance.

Once intended as a temporary band aid to help those during tough personal times or during recessions, entitlements have become permanent......
[excerpt]
L

Well you numbers are off, but yes this is what happens after 8 years of bush and a collapsed Econ. More people need help. Also explain to us how much the bush tax cuts cost or how much big biz gets in tax loopholes, hmmm u don't want to post the numbers on that do ya.

lukelk said:
Well you numbers are off, but yes this is what happens after 8 years of bush and a collapsed Econ. More people need help. Also explain to us how much the bush tax cuts cost or how much big biz gets in tax loopholes, hmmm u don't want to post the numbers on that do ya.
Click to expand...

How about you set us streight on the correct numbers and what your source is for those numbers.
S

Well what do you expect from a country full of lazy ass white people?

1/4 of blacks are on welfare baboon
S

1/4 of blacks are on welfare baboon
Click to expand...

What is "welfare baboon"? Is that welfare for extra lazy white people?

1/4 of blacks are on welfare baboon
Click to expand...

What is "welfare baboon"? Is that welfare for extra lazy white people?
Click to expand...

We now have more people on Welfare than there are working in private businesses. Since Lukelk claims the numbers are off, I believe it is now his/her position to put up or shut up.

The War on Poverty is a failure. There is no exit strategy. We need to pull out and bring our social workers home.

Well, that's assuming the War on Poverty is designed to decrease poverty. It's intended to keep people dependent on government and faithfully voting Democrat.

Because Democrats don't give a shit about people as individuals -- just as faceless members of voting blocs.

Big changes are coming to this.

The productive people are fed up.
W

Alan Berube, a senior fellow at the Brookings Institution Metropolitan Policy Program, responded to a question CNSNews.com asked at an event on Tuesday in Washington, D.C., to release a book authored by Berube and a number of other experts focusing on strategies to reduce poverty. CNSNews.com asked: If community development works, why is poverty at a record level, and is this evidence of public sector failure and would the private sector do better? Is the existence  I mean what I talk about in my chapter  is the existence of poverty, you know, higher level today than in 1965, evidence that community development has not worked? Berube said. Thats kind of an unfair barometer. Jesus said, Well always have the poor with us and here we are. (Mt:26.11)

Berube called the question a false dichotomy and said that community development is, in fact, using private capitol to address market failures. I think the fact that there is market failure is just that private capitol alone is not going to be sufficient to address some of the barriers that these communities face in connecting to wider economic opportunities, Berube said. The book, Investing in What Works for Americas Communities, is a joint project of the Low Income Investment Fund and the Federal Reserve Bank of San Francisco, with support from the Citi Foundation, according to the books acknowledgements.

The book had numerous contributors, including commentary from Obama cabinet members Housing and Urban Development Secretary Shaun Donovan, Secretary of Health and Human Services Secretary Kathleen Sebelius, and Education Secretary Arne Duncan. Other contributing authors include former Atlanta mayor and CEO of Purpose Built Communities Shirley Franklin and academia from Harvard University, the Massachusetts Institute of Technology and the University of California, San Francisco. One in six Americans lives in poverty  the highest level in half a century  and where a person lives is one of the most powerful influences in their life, a press release on the book states. In fact, in America today, our zip codes are one of the strongest predictors of our future health, education, and even how long we will live. 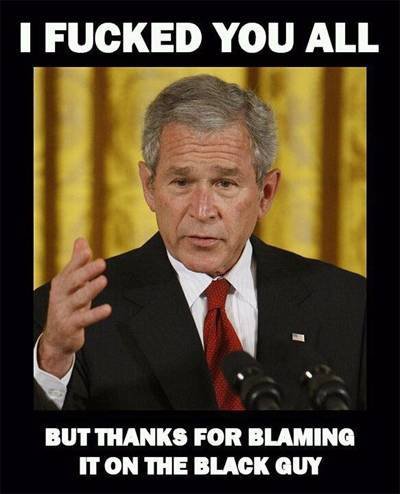 YAY, we're rewarding failure. I'd rather spend this money on education.

Here you go coming to the aid of the biggest group of failure on earth. Your plan is for us to go back to hunting animals and living out in the cold.

Only in North Mexico will politicians force taxpayers to reward bottom feeders...Beach front RV living for our pet humans...WTF?
2

A moment ago
OnePercenter
O

Things Cuomo spent money on instead of preparing for an emergency.

Can a new broom make a clean sweep?

It's unlikely the Challenger passengers died in the explosion.