Top Travel Aides for Kamala Harris Are Quitting, and Their Departure Could Hardly Come at a Worse Time

Top Travel Aides for Kamala Harris Are Quitting, and Their Departure Could Hardly Come at a Worse Time​ 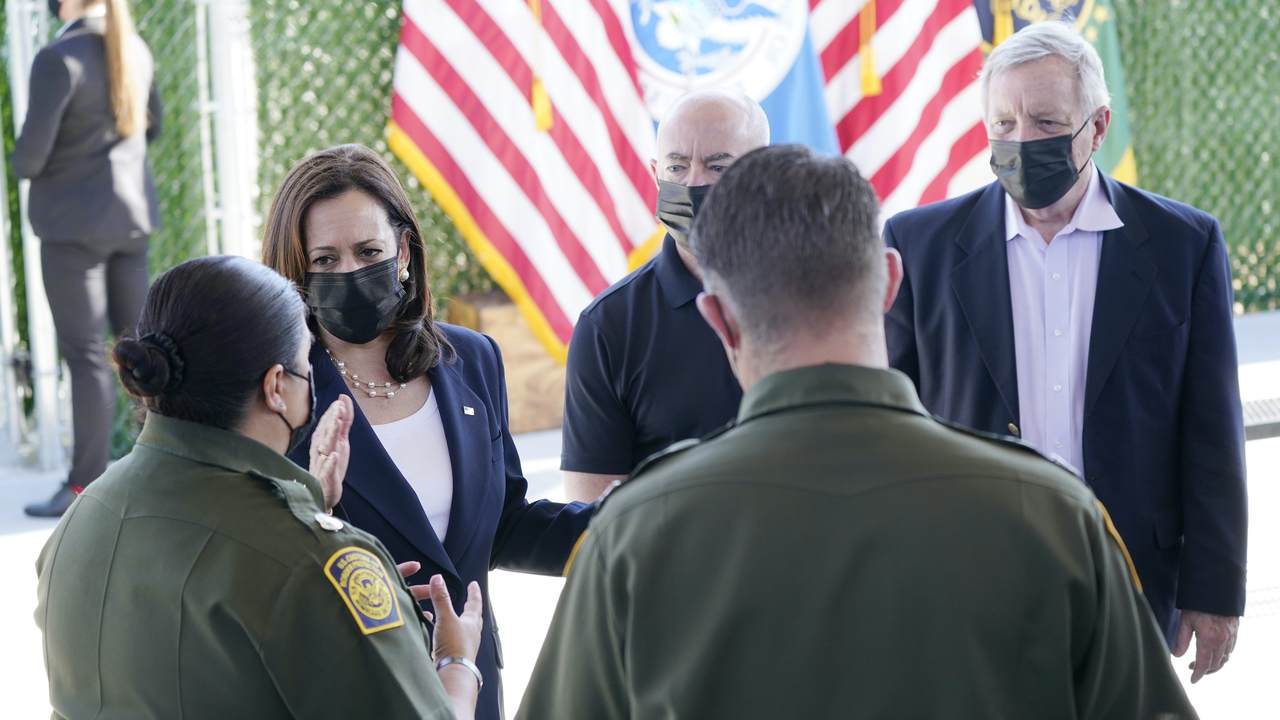 Top Travel Aides for Kamala Harris Are Quitting, and Their Departure Could Hardly Come at a Worse Time

As Julio and Katie have covered, Vice President Kamala Harris' trip to the southern border has certainly had its fair share of pitfalls. The administration must not only deal with that,

townhall.com
26 Jun 2021 ~~ By Rebecca Downs
As Julio and Katie have covered, Vice President Kamala Harris' trip to the southern border has certainly had its fair share of pitfalls. The administration must not only deal with that, but the news that two of the vice president's travel officials are quitting, as Annie Karni and Katie Rogers reported for The New York Times.
The news came out on June 24, the day before Harris' highly anticipated trip. Not only was she criticized for how long it took--almost 100 days after Biden put her in charge of stemming the surge of migrants--but because she went to El Paso, many miles from hotspots like Del Rio. She briefly left the airport to visit a Border Patrol station.

https://t.co/wWY2p3YKJf​
~Snip~
"The vice president’s office, according to a person familiar with its hiring, is currently short on travel support staff, and the call for advance associates came as the administration has also been planning Ms. Harris’s high-stakes trip to the southern border," according to Karni and Rogers.
The administration sounds desperate.


Comment:
During her failed Presidential run staffers who quit complained that she treated them like crap. I’m sure that’s the case here, too.
This train wreck of an administration is playing out in slow motion. Joey Xi Bai Dung is babbling towards oblivion. Kamaltoe cackles at precisely the most inappropriate times. Nothing is being accomplished except by executive order by a doddering old fool who doesn't even know what he's signing. Even your lap dog press is beginning to wonder why nirvana seems so confused. Crude topped $74 a barrel yesterday. Double what it was when Joey Xi stole the election. Inflation, the debt and taxes are going up as Kamaltoe goes down and Joey Xi wonders which way is up.
Where is, repeat, where is Joey Xi Bai Dung? "The World Wonders".​

She travels?!
Progressives are boring
J

It's a positive feeling to see profe$$ional politicians getting tortured with a lil' bit of humiliation every now & then... preferably more now than then! Both Kamale Tamale & ole Jumpin' Joe combined constitute the flagship for the Deep State crowd so anything that can further humiliate those two profe$$ional politicians is well received by Americans that are gifted with common sense.

She's going during the warmest weather, when her aides required to wear suit jackets are thinking,
"110° ? Why didn't she go in early spring when the weather was cooler? "
*L*

Vice President Mike Pence travels to the Texas-Mexico border on Friday in his first visit to the area as vice president.

A White House official said Pence will be joined by Homeland Security Secretary Kirstjen Nielsen and Texas’ Sen. Ted Cruz for an “operational tour” of the border. The group will participate in a roundtable discussion with US Customs and Border Protection about the infrastructure and technology behind a potential border wall. Another senior administration official added that there will also be a conversation about loopholes in the current immigration laws that permit MS-13 gang members to come to the US. This was also the topic of a White House roundtable earlier this week.

The vice president will travel to the border before President Donald Trump has been able to make such a trip, though Trump has said several times he plans to travel to see border wall prototypes.
snip
In fiscal year 2017, agents apprehended 137,562 undocumented people. The area is also home to the expected starting point of the proposed border wall at the controversial Santa Ana National Wildlife Refuge.

Vice President Mike Pence travels to the Texas-Mexico border on Friday in his first visit to the area as vice president.

OP violates Clean Start. If you can’t manage to get the OP (the only part of the thread that we ask this of, then please just start it in Badlands.
When I think of Heaven, deliver me in a black-winged bird
I think of flying down in your sea of pens and feathers
And all other instruments of faith and sex and God
In the belly of a black-winged bird

‘Not a healthy environment’: Kamala Harris’ office rife with dissent
2

Kamala Harris has an enemies list of the press

T
Thanks to Biden’s policies, prepare for a cold, expensive winter
2 3 4

New Corona Variant, that might be very dangerous, spreads in South Africa
16 17 18