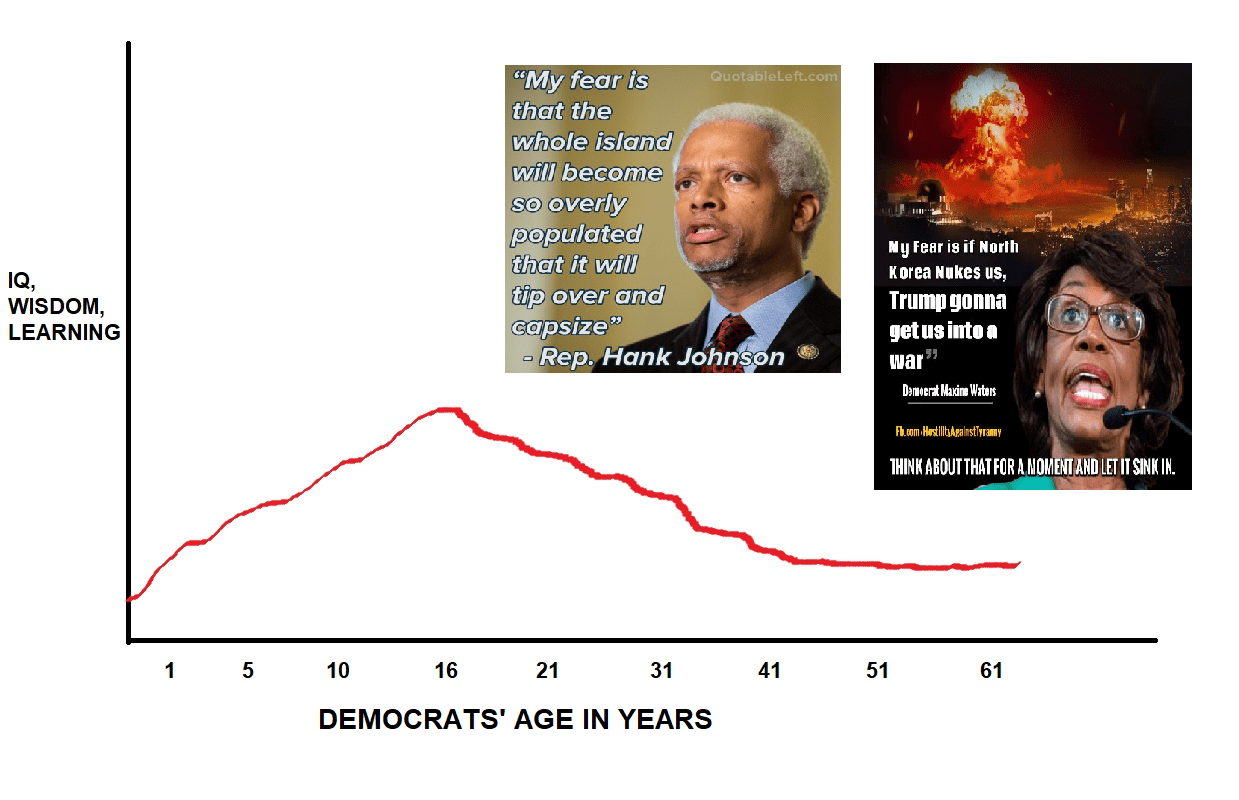 Please post examples such as these of Hank Johnson and Maxine Waters.

"Depending on what the meaning of 'is' is." - Bill Loathing the Military Clinton
OP

The more you think about the Democrat Learning Curve, the more examples of it come to mind.
It applies not only individually, but also generationally. Democrats fought the Civil War to keep their slaves.
Then decades later, they instituted abortion on demand to murder millions of innocent babies.
After that, they changed homosexuality from something in the privacy of the bedroom to parades and spectacles that normal people are demanded to "respect." Just recently, transgenderism rears its sick, anti-science head and men are using women's rest rooms. How much further down will they go?
You must log in or register to reply here.

Gretta Thunberg has been here Before.

Putting That Economics Degree To Use

Trump is Right About Testing
2

A moment ago
Crixus