SSDD said:
Got any actual empirical evidence to support your claim that humanity is changing the global climate or are you, like all the rest of the alarmists simply assuming that the natural variation we have experienced in the climate over the past 150 years is due to humanity?

Corelation does not equal causation...if you have some actual evidence...that is some observed, measured evidence, by all means, lets see it.
Click to expand...

Ah the old 'empirical evidence' false flag. Don't need empirical evidence. Modelling will do just fine thanks.
Nobody - not even climate scientists - are saying there are no natural variations. Actually, they are at pains to say there are. However, the speed and causation of the current climate change(s) are man made. Fact Jack.

You cannot use 'measured' evidence because you would need thousands of years to prove it to that degree. Thus, the well proven and normal method of modelling is used.

As no one ever said global warming would mean the end of cold, you now look hilariously stupid and dishonest for making that claim.

So why did you make such a stupid claim? Was it due to stupidity or due to deliberate dishonesty? If you'd like to say it was both, I'm sure everyone will believe you.

And who convinced you that you were capable of debating the grownups? I bet it was the other religious nutters in skook's circle-jerk thread, wasn't it? I almost feel sorry for you. There you were, having a smoke after the hategasm, thinking you'd show those libtards who's boss, and then you came over here and reality gave you one monster bitch slap.

Maxine Waters, Hank Johnson, and Mamooth. Who wouldn't want to join this esteemed group of scholars.

The lion does not turn around when a small dog barks. - Nigerian Proverb

My Ignore List just grew by you. What a vulgar ignoramus you are.

Especially funny is how you always start out by being an insulting ass, which is always followed by you squealing like the sissyboy that you are when you get a little back. Bitch, if you can't take the heat, stay out of the kitchen.

Now, back to the topic. Why did you tell the big lie that someone was predicting an end to cold? Did you lie out of stupidity, or was the dishonesty deliberate?

By the way, should we consider the previous post to be your "declare victory and run" speech, or will that come a little later?

It’s hard to think these people are sane and rational....

So... have any of you denier freaks published your peer reviewed research yet?

Okay. I will check back in about a zillion years.

Fort Fun Indiana said:
So... have any of you denier freaks published your peer reviewed research yet?

Okay. I will check back in about a zillion years.
Click to expand...

Speaking of publishing..your consensus, to date, has failed to publish a single paper in which the warming that we are supposed to be causing has been empirically measured, quantified, and blamed on greenhouse gasses.

Nor have they published a single paper in which empirical evidence is introduced which establishes a coherent relationship between the absorption of IR by a gas and warming in the atmosphere...

Nor have they published a single bit of observed, measured data which supports the AGW hypothesis over natural variability...

That being the case...exactly what do you suppose the "consensus" is based on since it clearly isn't the scientific evidence? 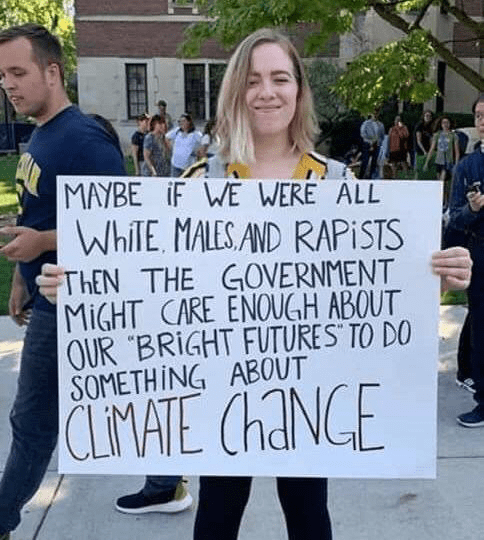 They really fight against "global warming".

That is their lunacy, and they just try to camouflage their real motto.
You must log in or register to reply here.

UN Socialists Deplatforms US, Australia, So Africa From Exposing Climate Fraud in NY....

So much for clearing up the planet! Climate change protesters who marched through Manhattan are...

Will Joe Biden show any courage and actually debate Trump on stage?
11 12 13

Mitt Romney: Trump's pardon of Roger Stone is an example of corruption

If Biden wins the presidency who will be the true puppet master?
3 4 5

Why are Trumps EO's acceptable?

A moment ago
Crixus