Gee, why would the dems want Trump to be the #1 issue in every House Dist? I don't see the downside for the gop here. LOL

I think it's about even money right now that in Oct 22 we'll be seeing positive growth over 2.5% with declining unemployment. Why not make Trump issue #1? That worked with Hillary. I mean, so the Dems picked up House and Senate seats. Trump won, didn't he? Uggely popular.

And not that anyone cares anymore, but the deficits might actually be stable, although with medicare and the gop's 2020 position that we should use general revenue to pay soc sec benefits, stable deficits would be illusory.

HappyJoy said:
All I've been reading today from the right is preteen Trump fan fiction.
Click to expand...

Locke11_21 said:
When I read this article, I believe there is a definite possibility of this. As of now, the GOP is on life support in the emergency room. Not only has the GOP stabbed Trump and their constituency in the back; worst of all, the GOP has stabbed America in the back. When reading multiple conservative leaning media websites, the comment section is full of people stating they are done with the GOP, and many of them stating they will vote for a democrat over a RINO instead of falling into the tired old false dichotomy of a RINO is better than a democrat. As for me, at 18 years of age I registered to vote as a Republican, but it didn't take me long to see the backstabbing and betrayal of the GOP, it sickened me to see them wrapping themselves in the flag while clinging to the Constitution and then burning both of them shortly after being elected. I ended up switching party affiliation to Libertarian, then about 18 month ago I switched to American Independent. While we witness false bravado of the democrats and republicrats clashing, supposedly having heated debates on the floor, it is even more fixed than professional wrestling. These two parties are nothing more than two cheeks of the same ass, and we all know what comes out of the middle of the ass. Donald Trump not only showed the democrats for who they are, but who woke up republican voting loyalists for what they are - long after I saw the GOP for the frauds they are.

Make no mistake about it, the democrats, republicrats, deep state, big tech and Dominion all conspired in a coup to overthrow Trump. What happened in 2020 would make even the most benevolent dictators envious of the mass voter fraud and coup that transpired in America. But is it enough. Will their efforts turn America into the nazi dictatorial utopia they desire? I hope not, but there could be one saving Grace - Donald J. Trump running for the U.S. House of Representitives.

If DJT runs for a congressional seat in Florida, no amount of voter fraud will prevent Trump from winning that seat. Additionally, if Trump runs for congress, it would lead to a mass wave of Republican voter turn out and a certainty the GOP would regain the house, maybe even the senate. Furthermore; Trump affiliated congressional candidates would have an excellent chance of winning. Trump allies would have enough victories to make it a possibility for Trump to become Speaker. Even the backstabbers in the GOP would be put in a tough position - either vote Trump in as Speaker or see the GOP go the way of the Whig party.

Now, on the flipside, if Trump does NOT run for congress and instead starts a third party, the Patriot Party, then it is a certainty that the GOP will go the way of the Whig party. 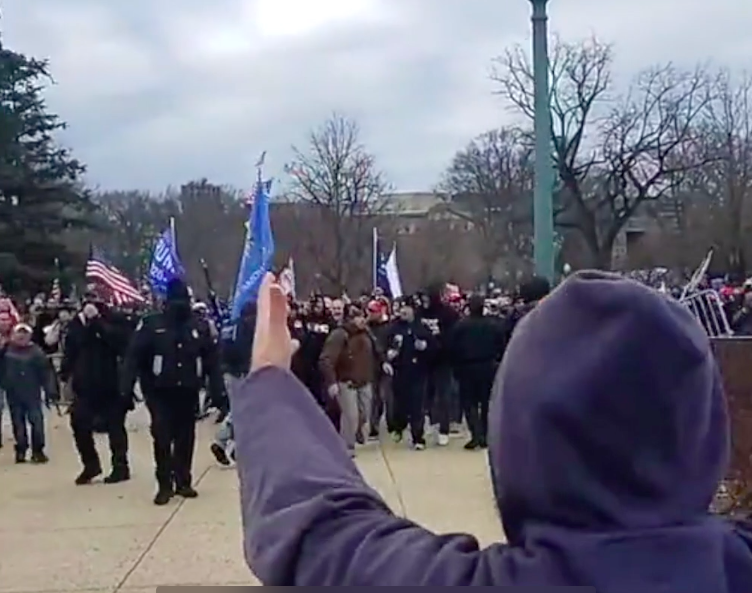 War Room: Push Trump To Run For Speaker In 2022, Impeach Kamala, Run For POTUS In 2024. Way Forward For Trump Movement?

At 18 and to align yourself behind a man like trump it is a very off start. Read books of real men not conmen. I'm with you both parties are corrupt, and kudos to you for figuring this out at early age but to follow trump you are making an even grave and a huge mistake. Recheck your principals against someone of a value...trump is the swamp himself, opportunistic, a 1 percenter.....redo your homework.
Click to expand...

Trump did nothing to con america as president---he wanted to go down in history as the BEST president ever and as such did all he could to help the country as the evil swamp and the communists attacked him every minute of every day. These are the facts. This is why you trump hating trolls have nothing but EMPTY smears and spin to use to try to get trump.
Click to expand...

Where is the best health system/insurance he promised? Did Mexico pay for "the most beautiful wall"? He also promised a GDP growth of more than 4%, never happened.

Thoth001 said:
Lou Dobbs Warns GOP: “Those 74 Million Americans if They Continue to Be Insulted – Are Going to Say “To Hell With You!” And the Patriot Party Will Be Born

Lou Dobbs: The fact of the matter is, working men and women and their families right now have no representation.
Click to expand...

Yeah, right. That working man Lou Dobbs knows all about it fer shure.
You must log in or register to reply here.

The First Announced GOP Congressional Primary Challenger, Is Running Against, YOU GUESSED IT...

What are people thinking as they hear the Senate arguments?
41 42 43