Consuming fewer calories may slow down the effects of aging in both the heart and body.

Primary aging refers to the maximal length of a person's life. Secondary aging refers to any disease, such as heart disease or cancer that can prevent a person from reaching their maximum life span. By reducing or eliminating factors that interfere with secondary aging, a person should be able to better reach their projected lifespan. By slowing primary aging, a person can effectively increase the length of their projected lifespan.

Previous research has suggested that calorie restriction helps make the heart more elastic, allowing it to relax more between beats. This effect appears to allow older hearts to beat more like young hearts.

As part of the new study, researchers from the Washington University School of Medicine in St. Louis examined 28 people who had participated in a calorie restricted diet for an average of six years. These participants' daily diet consisted of an average of only 1,800 calories per day, though their diets did include 100 percent of the recommended daily amounts of protein and micronutrients.

A second group of 28 people was composed of sedentary individuals who maintained a typical Western diet that included about 2,700 calories per day. A third group of 28 participants ate a Western diet, but also engaged in endurance training.

The researchers found that only those participants who practiced calorie restriction experienced a reduction in concentrations of a thyroid hormone called triiodothyronine (T3). T3 has previously been shown to help control the energy balance and cellular metabolism in the body.

Individuals who practiced calorie restriction also experienced a reduction in an inflammatory molecule called tumor necrosis factor alpha (TNF). The researchers believe, based on earlier animal studies, that this combination of lowered T3 levels and reduced inflammation may slow down the aging process by reducing the body's metabolic rate. It may also help reduce any oxidative damage being done to cells and tissues.

"Sedentary rats who ate a standard diet had the shortest average life-spans. Those who exercised by running on a wheel lived longer, but animals on calorie restriction lived even longer," explained John O. Holloszy, M.D., professor of medicine at Washington University School of Medicine, in a 1997 report that appeared in the Journal of Applied Physiology.

The results of this latest study appear in the May 23 issue of the Journal of Clinical Endocrinology and Metabolism.
"In war, there is no alternative but to apply every available means to bring it to a swift end. There is no substitute for victory. War's very object is victory, not prolonged indecision." General Douglas MacArthur

Democratic civilization is the first in history to blame itself because another power is trying to destroy it. Jean-Francois Revel
W

Uncle Ferd's g/f gets hungry when she tries to eat less...

Eating Less Slows Aging in Mice
February 14, 2017 - Researchers say they may have found a way to stave off aging. They say you might need to eat less. Writing in the journal Molecular & Cellular Proteomics, researchers from Brigham Young University say eating less can slow the aging of cells in the body.

Fewer calories slow down a mechanism in the cells called ribosomes, at least in mice. They are responsible for making vital proteins in the cells, but with fewer calories they slow down, giving them more time to repair themselves, researchers said. Ribosomes, researchers say, use from 10 to 20 percent of the cell’s energy to make those proteins. “Because of this, it's impractical to destroy an entire ribosome when it starts to malfunction,” said a news release about the study. “But repairing individual parts of the ribosome on a regular basis enables ribosomes to continue producing high quality proteins for longer than they would otherwise. This top quality production in turn keeps cells and the entire body functioning well.”

John Price, a biochemistry professor at Brigham Young and the senior author of the study, likens ribosomes to cars. "The ribosome is a very complex machine, sort of like your car, and it periodically needs maintenance to replace the parts that wear out the fastest," he said. "When tires wear out, you don't throw the whole car away and buy new ones. It's cheaper to replace the tires." 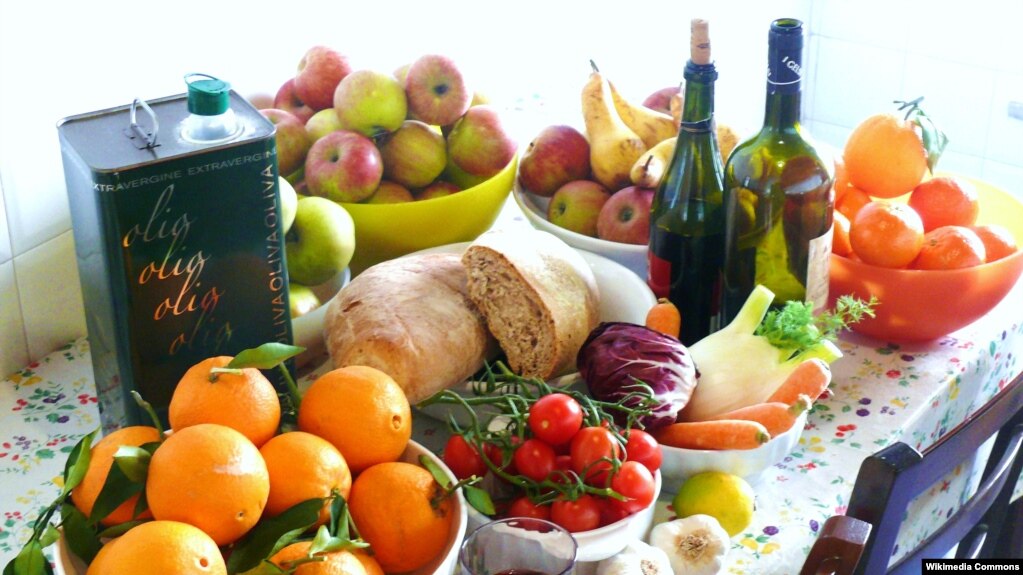 A restricted calorie diet appears to have slowed aging in mice, according to a new study.​
To reach their conclusions, researchers looked at two groups of mice. One group was able to eat as much as it wanted, while the other group was put on a diet with 35 percent fewer calories. "When you restrict calorie consumption, there's almost a linear increase in lifespan," Price said. "We inferred that the restriction caused real biochemical changes that slowed down the rate of aging."

While previous studies have suggested a link between lower calories and slowed aging, this is first to show how the ribosomes can influence aging. "The calorie-restricted mice are more energetic and suffered fewer diseases," Price said. "And it's not just that they're living longer, but because they're better at maintaining their bodies, they're younger for longer as well."

Despite the findings, Price says calorie restriction as an anti-aging strategy has not been tested in humans. He did add that the main takeaway for people is the “the importance of taking care of our bodies.” "Food isn't just material to be burned -- it's a signal that tells our body and cells how to respond," Price said. "We're getting down to the mechanisms of aging, which may help us make more educated decisions about what we eat."

Egyptian Woman, Believed to be World Heaviest, Seeks Lifesaving Surgery
February 12, 2017 — A 36-year-old Egyptian woman, believed to be the world’s heaviest woman at 500 kilograms, has been brought to an Indian hospital to undergo surgical procedures aimed at drastically reducing her weight and giving her a chance of a normal life.

For Eman Ahmed, the journey to Mumbai was her first outside her home in Alexandria in 25 years. And it involved complex logistics on many fronts: The Indian foreign minister’s intervention to get her a visa, an Airbus modified to equip it with a special bed, a truck at the Indian airport to whisk her to the hospital where a crane lifted her bed into a special unit for her treatment. Born a heavy baby at 5 kgs, her family has said she began putting on weight by the age of 11 and stopped going to school by fifth grade when it became difficult for her to move. 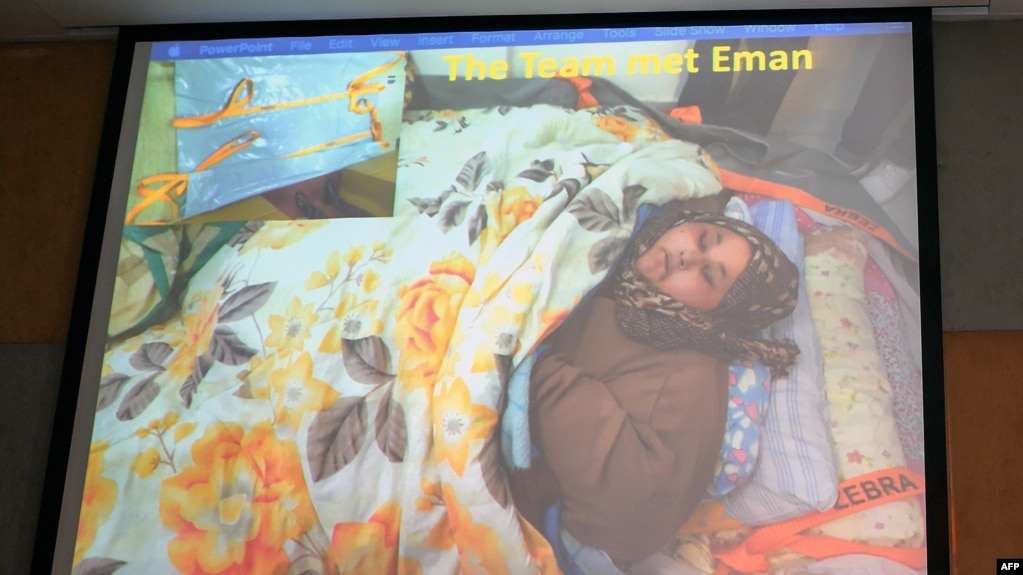 Her condition worsened two years ago when Ahmed suffered a stroke, which not only left her bedridden, but also affected her speech. The reason for her abnormal weight is not clear. Her family has said she was diagnosed with elephantiasis, in which limbs swell because of a parasitic infection. In Mumbai, she will undergo a series of tests to identify her ailment. Last October, a Mumbai doctor, Muffazal Lakdawala, who specializes in weight reduction surgeries, responded to a plea for help from the woman’s sister.

But the going was not smooth. Initially the Indian embassy in Cairo turned down her visa request because she could not travel to the city for the interview. However, a tweet by Lakdawala in December to Indian Foreign Minister Sushma Swaraj, who was herself in the hospital at the time, drew an immediate response and a visa was promptly granted.

Interesting stuff. Certainly would back what I've seen and experienced. Doesn't make any mention of the quality of type of food for the study with people though. I guess calories are calories!
Y

Stay off motorcycles and out of airplanes.

Have a glass on wine per day.

Go to bed early and get up early.
Philosopher

Eat less. Live longer. Makes sense.
The state exists to enforce the dominance of Elites: everything else is propaganda, misdirection and obfuscation
Bureaucracy stifles innovation. This is a law of bureaucracy. It is rarely broken.
“A patriot must always be ready to defend his country against his government.”―Edward Abbey, American author

The thread sure has some longevity.
Government's first duty is to protect the people, not run their lives. -Ronald Reagan
You must log in or register to reply here.

Put This Research on the Fast Track - Quick!

Obesity due to ultra-processed foods?

R
arguing with a JW about eternal Hell
3 4 5

A moment ago
rstrats
R

East German Swim Team Called, They Want Their Reputation Back