"Russia" used social media to divide Americans" its clear for everyone that behind of the NFL protests is Kremlin kleptocracy. whats Trump ("strong leader") is gonna do with this information?

"
Russian trolls posing as Americans made payments to genuine activists in the US to help fund protest movements on socially divisive issues, according to a new investigation by a respected Russian media outlet.

On Tuesday, the newspaper RBC published a major investigation into the work of a so-called Russian “troll factory” since 2015, including during the period of the US election campaign, disclosures that are likely to put further spotlight on alleged Russian meddling in the election. 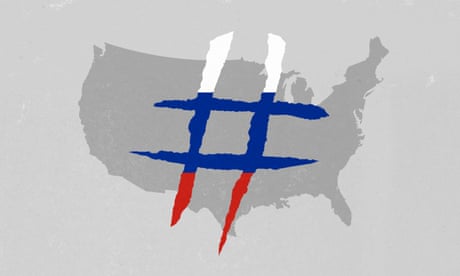 How Russia used social media to divide Americans
Read more
The existence of the troll factory, which has a history of spamming Russian and English blogs and comment forums, has been reported on by many outlets including the Guardian, but the RBC investigation is the first in-detail look at the organisation’s activity during the election period.

RBC said it had identified 118 accounts or groups in Facebook, Instagram and Twitter that were linked to the troll factory, all of which had been blocked in August and September this year as part of the US investigation into Russian electoral meddling.

Many of the accounts had already been linked to Russian disinformation efforts in western outlets, but RBC said its sources at the troll factory had provided screenshots of the internal group administration pages of some of the groups, as proof they were run from Russia. It also spoke to former and current employees of the troll factory, all of whom spoke anonymously.....

The main topics covered by the groups run from Russia were race relations, Texan independence and gun rights. RBC counted 16 groups relating to the Black Lives Matter campaign and other race issues that had a total of 1.2 million subscribers. The biggest group was entitled Blacktivist and reportedly had more than 350,000 likes at its peak.

The infiltration of American social networks by Russian trolls and bots appears to be the conclusion of an operation that began by targeting the Russian-language internet space, grew to encompass the comment pages of western newspapers and blogs, and eventually seems to have led to the creation of whole Facebook communities designed to look like they are run by ordinary Americans.

Two years ago, the Guardian spoke with two people who worked at the “troll farm”. They would clock on at the building on Savushkina St each morning, turn on a VPN connection to disguise their location, and spend their days inhabiting fake personas on Russian social networks.

These profiles would post dozens of innocuous musings on travel or baking, and then occasionally fill them out with politicised entries that mirrored Kremlin talking points. Generally, the posts were either in praise of President Vladimir Putin or about the “chaos” and “degeneration” of Europe, often with homophobic or racist undertones. 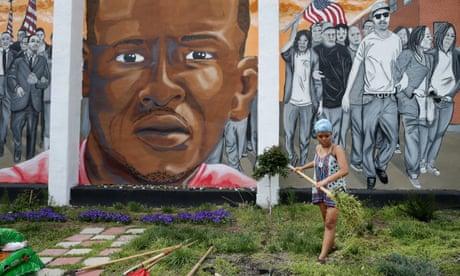 Did Russia fake black activism on Facebook to sow division in the US?

The Internet Research Agency, one of the companies believed to run the trolling operations, has long been rumoured to be a project of Evgeny Prigozhin, a shadowy businessman known as “Putin’s chef”, who ran Putin’s favourite restaurant in St Petersburg and later won billions of dollars worth of state catering contracts. A number of semi-legitimate news aggregating websites appear to be run by the same people as the troll operations.
" 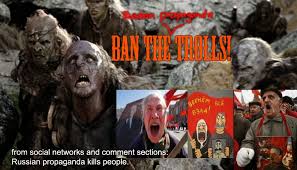 Russian troll factory paid US activists to help fund protests during election
You must log in or register to reply here.

All due respect FU GWB

We all need to read and share this: John Kelly has been a monster for years - please share!!!

D
CDZ Second Amendment Rights Must be Complete and Uncondional!
16 17 18

How many posters here are smarter than all the world's scientists?
21 22 23

As we see from the new unemployment numbers the GOP was right.
4 5 6