only on the "FAKE" media ?, what will be free world reaction in this? 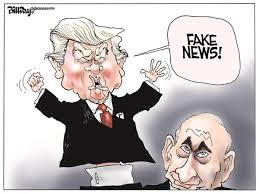 "
Russian President Vladimir Putin has signed a law that allows the government to list any foreign media operating in the country as a foreign agent.

The bill, in retaliation for Kremlin-backed broadcaster RT being told to register as a foreign agent in the US, was earlier approved by parliament.

PRAGUE -- A Czech court has ruled that a suspected Russian hacker at the center of a tug-of-war between Washington and Moscow can be extradited to the United States.

Prague's High Court on November 24 upheld a lower court's ruling allowing the extradition of Yevgeny Nikulin, whom the United States accuses of hacking computers and stealing information from major Internet companies including LinkedIn and Dropbox.

Moscow, which has repeatedly denounced U.S. efforts to extradite its citizens from third countries, has sought Nikulin's extradition on separate Internet-theft charges.

Czech Court Rules Russian Hacking Suspect Can Be Extradited to U.S.
You must log in or register to reply here.

Russia recalls its ambassador to U.S. after Biden brands Putin a 'killer'
2

Who Will Be the Next 'America First' President?

Russians Are "At Our Gates" Again ??? Did These CNN Guys Go Crazy OR They Have a Creative Crisis ???

6 minutes ago
Oz and the Orchestra