"Russia" is quite literally drinking itself to death

is it part of Putler´s policy ? and Putler does like all Mongolian khans of ulus juchi did before him? 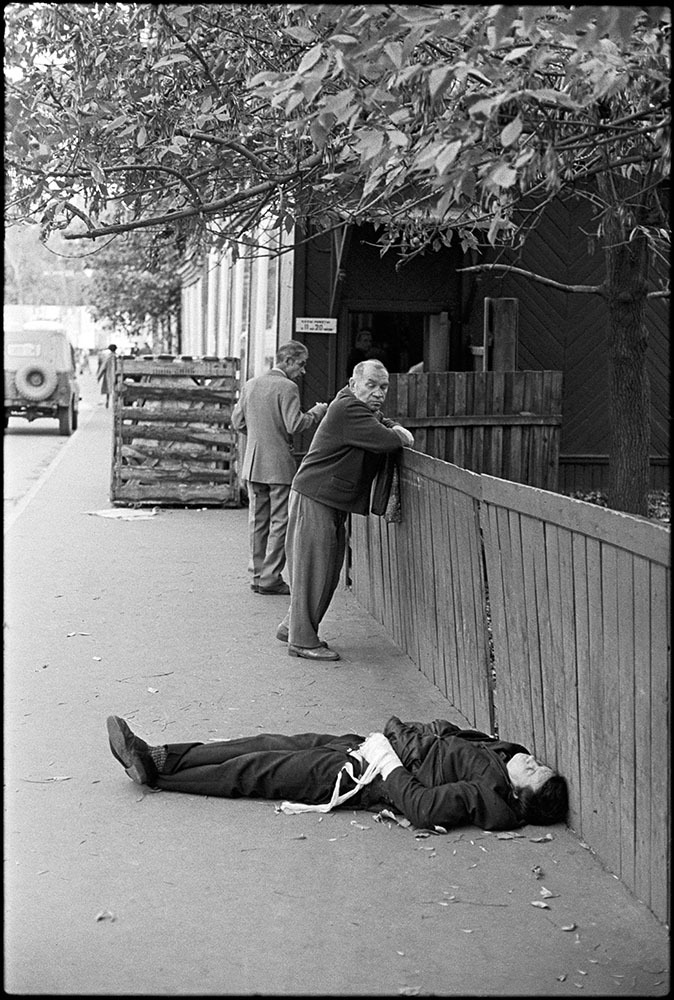 
More than 30% of all deaths in Russia in 2012 were attributable to alcohol, according to WHO data crunched by the OECD. That’s by far the highest among the nations it tracked.

The result? Russians live some of the shortest lives in any large economy. Life expectancy for a Russian man was roughly 65 years in 2012, compared to 76 years for the US and 74 for China.

Part of the reason is cultural. Hard drinking has long been a Russian habit. A paper published in 2013 found that relatively high levels of alcohol-related deaths can be found in Russian data going back to the late 19th century.

But the mortality rate surged amid the collapse of the Soviet Union, especially among men, largely thanks to more drinking. The economic collapse of the former Soviet republics during the 1990s is unparalleled among major economies since World War II. By some estimates the region’s GDP fell by roughly 40%. The ruble fell 99% against the US dollar (pdf, p. 159) between December 1991 and December 2001. Many turned to alcohol amid economic chaos.

Another reason is low prices. In the 1990s, Russian vodka got very, very cheap. This paper (pdf), published in 2010, argues that real vodka prices plummeted in Russia in the early 1990s, as nascent competition in the industry led to overproduction, excise tax went uncollected (the tax authorities were in disarray) and misguided government policies held vodka prices down amid disastrous inflation. (Keeping vodka cheap was viewed as a political priority.) Daniel Treisman, the political economist behind the paper, writes:

In December 1990, the average Russian monthly income would buy 10 litres of ordinary quality vodka; 4 years later, in December 1994, it would buy almost 47 litres. Initially, vodka became much more affordable because of a dramatic drop in its relative price.

Drinking deaths are only part of the reason that the Russian demographic picture looks so dire. Birth rates are another. In recent years, the working-age population has also begun to decline quickly, weighing on the productive capacity of the economy. Putin’s state has taken action to stabilize Russia’s demographics, including instituting payments for child-bearing. The results are seemingly mixed (pdf, p. 4).

As bleak as things are, they’re not without hope. Policy changes to alcohol licensing and sales laws instituted in 2006 seem to have had some success in decreasing vodka consumption and marginally reducing deaths, at least according to one study. And if official Russian statistics are to be believed, birthrates have bounced up a bit, the population is no longer shrinking, and alcohol-related deaths are on the decline. These claims, though, are pretty controversial, as anything involving Russian official statistics tends to be.

Either way, a glimpse at the chart above shows just what a tragic outlier Russia remains. Even if it’s begun to tackle its drinking problem, it’s still a long, long way from bringing it down to manageable proportions.
Mongol IVAN GO HOME WE DONT HAVE FREE VODKA FOR YOU! Marx: ... the terrifying apparition of Genghis Khan. The origin of Moscovy lies in the bloody degradation of Mongolian slavery and not in the rude heroism of the Norman epoch. Modern Moscovy is nothing but a transfigured the Mongol ulus of Juchi ...

Fuck yeah. The Russians know how to party.

Russians don't drink more than Ukrainians. In fact, Russians, Belorussians and Ukrainians are the same people artificially separated. Sooner or later they will reunite. Live with it, OP, a cheap Ukrainian troll.
"The strong must be just, the weak secure and the peace preserved." (John F. Kennedy)

They would all be doing heroin

Alcohol is sooooo yesterday.
Why nationalize industry when you can nationalize the people?

-- Adolf Hitler
You must log in or register to reply here.

How Vodka Shaped The Course Of Muscovite History, "water of life" as they call it, Putins Vodka

Great News ! "russia" is dying out - the projected population decline, this year will be 11 times more than in 2019

A moment ago
ThisIsMe
T

National rent control? The usual suspects think it is a great idea. What say you?
6 7 8