But I like the point the article makes, that folks like Johnson because he's similar to Trump: he shoots from the hip and is not afraid to speak his mind 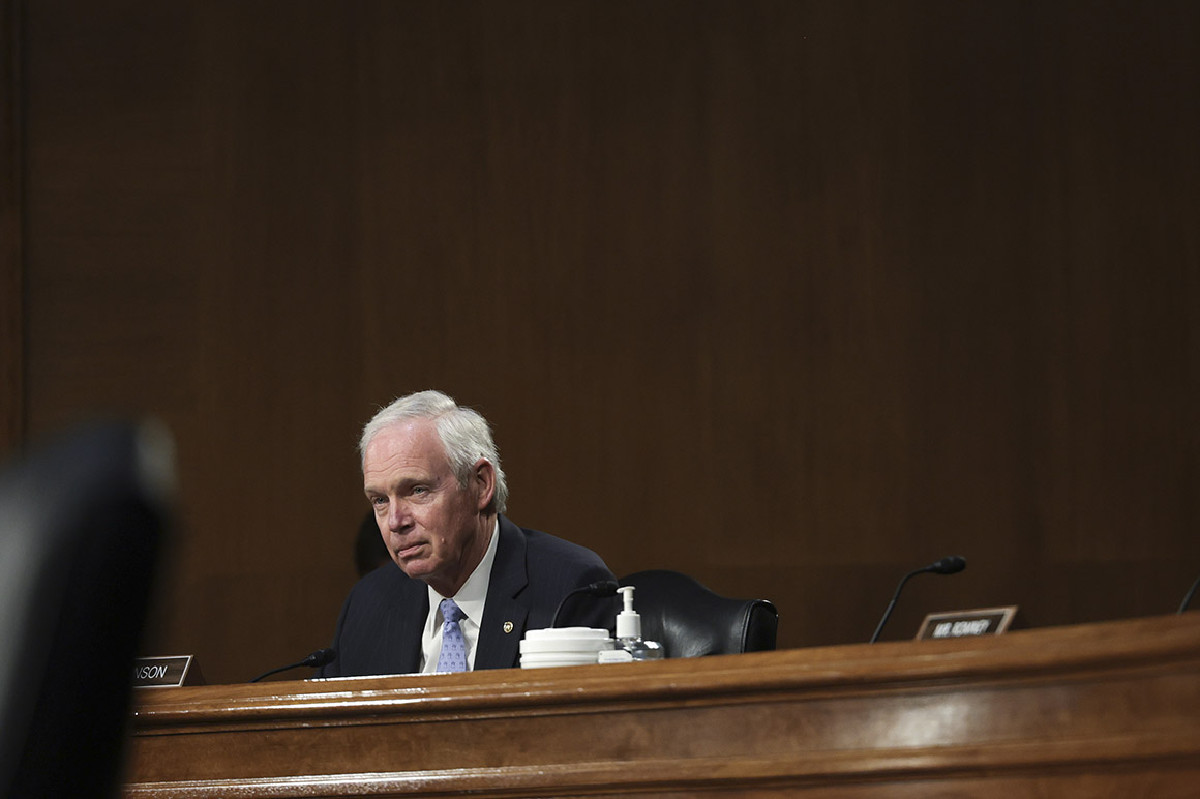 The Wisconsin senator appears to be defying swing-state political logic with his approach.

Instead of moving to the center, though, as he faces reelection this fall, the Wisconsin senator has become the face of conspiracy theories about Covid-19 and the 2020 election in the Senate. He has said that gargling mouthwash can kill the coronavirus, Jan. 6 was a mostly “peaceful protest,” and unvaccinated people around the world are being sent “basically into internment camps.”

For a vulnerable senator staring down a tough campaign, the string of head-turning remarks seem to defy political logic. But it turns out that Johnson’s shoot-from-the-lip style is a feature, not a bug, of his campaign for a third term. GOP strategists and officials say his unfiltered remarks are generating enthusiasm among a party base conditioned by Donald Trump, and appealing to independents who loathe Washington.

“He’s still perceived as an outsider. He’s not part of the GOP establishment in D.C., he never has been, and Wisconsinites like that,” said Bill McCoshen, a Wisconsin-based Republican strategist, who is not working on the race. “They may not agree with what he says every time, but they like the fact that he’s willing to speak his mind, and he’s not politically correct.”

A Wisconsin-based Democratic strategist who worked on the 2016 Senate race, in which Johnson defeated former Democratic Sen. Russ Feingold, said Johnson has won in the past because he excited GOP diehards on right-wing radio while also appealing to white suburban women with his TV ads.

“Ron Johnson has been consistently underestimated as a candidate,” the person said, requesting anonymity to speak frankly. “He has figured out how to be different people to different audiences.”

“Ron Johnson is truly his own man. He could say anything tomorrow, and you could call me and I’d say, ‘I had no idea he was going to say that,’” said a person close to Johnson. “That’s full of risk and that’s full of hand-wringing by the establishment Republicans and it’s full of alarm-ringing by the media. And it’s also full of authenticity with voters, including swing voters, not just the base.”

“I think it is entirely possible that Democrats have a bad night nationally, and Ron Johnson still loses,” said Joe Zepecki, a Wisconsin-based Democratic strategist who is not working for any Senate candidate. “That’s how much trouble I really genuinely believe that he’s in here.”

“Johnson should be the most vulnerable Republican in the country,” he said. But given the political mood, the race “leans Republican, even as unpopular as Johnson is, unless the Democrats can really get their act together.”

Johnson has the advantage of incumbency...Outside of the Madison-Milwaukee moonbat axis, democrats are about as popular as a root canal in Wisco.

you're a real oddball, Oddball

Johnson has the advantage of incumbency...Outside of the Madison-Milwaukee moonbat axis, democrats are about as popular as a root canal in Wisco.
Click to expand...

plenty of young crazed lunatic socialists in Eau Claire, Madison, Green Bay and Milwaukee that will hand the election to Mandela Barnes if they turn out to vote that is

basquebromance said:
plenty of young crazed lunatic socialists in Eau Claire, Madison, Green Bay and Milwaukee that will hand the election to Mandela Barnes if they turn out to vote that is
Click to expand...

There won't be the kind of overwhelming cheating that went on in '20 here....People are watching this time.

Oddball said:
There won't be the kind of overwhelming cheating that went on in '20 here....People are watching this time.
Click to expand...

are you a Bon Iver fan by any chance?

"Swing state political logic"? That means caving into democrat strategy doesn't it? Why is Covid still an issue when a federal judge threw out the airline mask mandate? The democrat power structure is falling apart under the doddering old fool in the W.H. and political logic indicates that democrats are going to take a big hit in the fall no matter what happens.
OP

Johnson's biggest political problem is, like Trump, that he rambles too much, but that's precisely why i like him
You must log in or register to reply here.

Ted Cruz, And Mike Lee Prove There Is No Such Thing As A Constitutional Conservative

Why Is This GOP Senator Not Taking Credit For His Brilliant Fake Electors Scheme??

Mishandling Classified Information is now a Felony……Is Trump above the law?
7 8 9

A moment ago
Seymour Flops

Whose side was the Continental Army on?

Lies of the "war of the colonies for independence"