Radar which can “see” hypersonic targets

The Russian Aerospace Defence Troops have received the latest radar complex – the Nebo-M (Sky-M), the Ministry of Defence has announced. This powerful digital information system is designed for air defence combat missions and can be deployed in the Arctic, an emerging threat area for Russia.

Well, there goes the effectiveness of our Rail Gun.
OP

Mr. H. said:
Well, there goes the effectiveness of our Rail Gun.
Click to expand...

No worries! We have UK and BBC on our side.

"The use of active phased array antennas improves the characteristics of target detection and tracking," Zolotukhin noted.

The number of operational personnel has been reduced twice after the introduction of digital automatic data processing and the system’s ability to determine the target’s class and other technical characteristics, he added.

Calculations for the radar systems are carried out in the Center for training personnel of Anti-Aircraft Missile Troops at the Military and Space Academy. From 2013, about 250 people have been trained to operate Nebo-M.

This year, four radar systems Nebo-M and Nebo-UM will become operational in the Eastern Military District, particularly in Zabaykalsky, Khabarovsk and Primorsky Krai.

Army Chief: Hypersonic Weapons 'Possible' But Early in Development
16 Mar 2018 - U.S. Army Chief of Staff Gen. Mark Milley told Congress recently that he sees the Army fielding hypersonic weapons to counter similar, rapidly evolving threats from adversaries such as Russia, but conceded that such efforts are still in the early research phase.

Russian President Vladimir Putin's dramatic announcement earlier this month that his country has successfully launched the hypersonic Kinzhal (Dagger) missile from a MiG-31 interceptor has lawmakers concerned that the U.S. is already outmatched by high-speed weapons that travel at speeds of Mach 5 or above. Putin boasted that the new missile has been deployed in the Southern Military District since Dec. 1. "The concern that many of us has is about the frequency of hypersonic testing from Russia and China," Rep. Robert Aderholt, R-Alabama, said during a March 15 House Appropriations Committee defense subcommittee hearing on the Army's proposed fiscal 2019 budget.

Aderholt asked whether, provided sufficient resources, the Army could build upon the two previous successful hypersonic tests and ready an early operational land-based capability by 2022, as was directed in the current-year defense budget.

Milley acknowledged the seriousness of the threat, but said he couldn't commit to a "date of 2022," characterizing the effort as being in the science and technology, research and development phase. "As you rightly point out, two significant adversaries, China and Russia, are moving out in the development of hypersonic weapons. We acknowledge that," Milley said. "We, the Army, have as our number one priority for modernization long-range precision fires; a subset of that is the hypersonic piece to it. "I don't want to say 2022 because I haven't seen the results of the S&T and R&D yet, but I do believe that is technologically possible, and I believe we will be able to test and then acquire and procure long-range precision weapons that go significantly longer in range than any existing artillery system on the Earth today," he said.

Also Wednesday, Navy Adm. Harry Harris, commander of U.S. Pacific Command, told members of the Senate Armed Services Committee that China is also "heavily investing in the next wave of military technologies, including hypersonic missiles, advanced space and cyber capabilities, and artificial intelligence." "If the U.S. does not keep pace, PaCom will struggle to compete with the People's Liberation Army on future battlefields," Harris said. "I believe China's development and research into hypersonic glide weapons is one of those technologies that they're working on that could threaten us significantly."

Russia and China can't be our friends if they're developing weapons we can't deter...

America's top nuclear commander: Russia and China can't be our friends if they're developing weapons we can't deter
Tue, 7 Aug 2018

Top US nuke commander: Russia and China can't be our friends if they're building weapons we can't deter
Click to expand...

China successfully tests its hypersonic Starry Sky-2 aircraft that will fire nuclear missiles capable of travelling at 4,563 miles-per-hour to evade existing anti-missile defence systems
7 August 2018 |
China has successfully tested a hypersonic aircraft capable of carrying nuclear weapons that evade existing anti-missile defence systems, according reports. The next-generation weapon, known as Xingkong-2 or Starry Sky-2, will ride the shockwave generated by the initial launch, which is handled by a rocket, to travel at six times the speed of sound, or Mach 6 – around 4,563mph (7,344kmph). Starry Sky-2 will purportedly be able to switch direction during its flight, making it harder to track and intercept.

Scientists involved in the latest test flight have heralded it as a 'huge success', with experts saying the aircraft signals China is now neck-and-neck with Russia and the United States in the race to create hypersonic warheads.
When the aircraft fires its missiles, these will also travel at top speeds of 4,563mph (7,344kmph) and will easily defeat conventional anti-missile defence systems. China has long been suspected of building an arsenal of hypersonic weapons, but this new test flight is the first proof the technology is actively being developed. 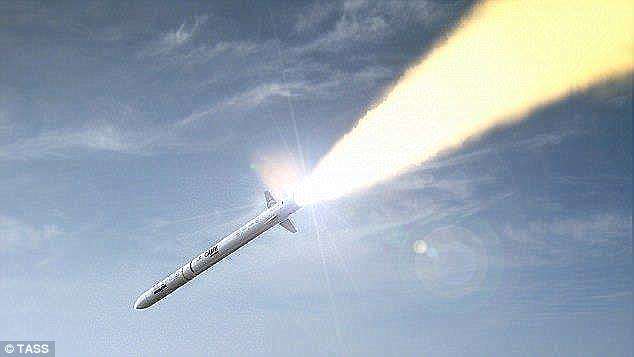 ​
​
Russia is believed to be developing a hypersonic weapon called the Zircon. The missile is capable of travelling twice as fast as the Royal Navy's Sea Ceptor missile (pictured), which would be responsible for shooting it down were it to attack British troops or mainland UK​


The China Academy of Aerospace Aerodynamics (CAAA) said in a statement the latest test flight – carried out at an undisclosed location in northwest of the country – was a 'huge success', writes South China Morning Post. The Starry Sky-2 aircraft was carried into space before separating from the launcher rocket and flying on its own power. Known as a 'waverider', these hypersonic aircrafts uses the shockwaves from its own flight as a lifting surface to travel through the air at fast speeds. In the latest tests, the aircraft was able to maintain speeds greater than five-and-a-half times the speed of sound for 400 seconds at an altitude of 30km (19 miles). 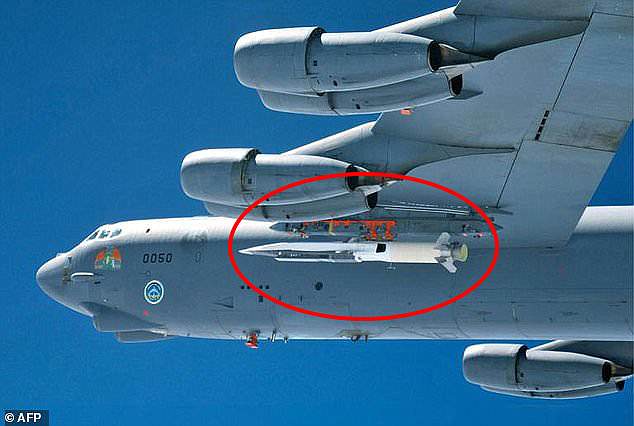 Defence firm Lockheed Martin revealed details of a $928 million (£661 million) contract to make a radical new weapon that will travel more than five times the speed of sound. This 2010 file photo shows rival Boeing's X-51A WaveRider hypersonic vehicle under a B-52 bomber​

Local reports suggest it also achieved a top speed of Mach 6. 'The test … has laid a solid technological foundation for engineering applications of the waverider design,' the CAAA statement claimed. Hypersonic weapons can defeat existing anti-missile defences as they are designed to switch direction during their flight. These missiles do not follow a predictable ballistic arc like conventional projectiles, making them much harder to track and intercept. According to the CAAA, the aircraft landed 'whole' in the designated target zone. However, this technology is not ready to be rolled-out yet.

MORE[/quote]
You must log in or register to reply here.

Record jump in wealth for the 300 richest Irish

In 2020, God finally lost his patience with us and that's why all this bad stuff is happening
2