In the blood-soaked jungles and plains of the animal kingdom, thousands upon thousands of carnivorous beasts are tearing each other to pieces alive in a world of perpetual screaming, according to the German philosopher, Arthur Schopenhauer, who was more realist than pessimist about the suffering in the world. He viewed the hellish bloodbath of grotesque survival in the Wild as: “The agony of the devoured animal is always far greater than the pleasure of the devourer.” However, I believed humans suffered more, due to their consciousness and intellect. He wasn’t religious, but he had high regard for Christianity, especially Catholicism. He was also struck by the ethos of the Old Testament and the Fall of Man, by which worldly human suffering is inevitable. He said the only thing that reconciled him to the Old Testament was the Story of the Fall, despite it being “clothed in allegory”; and that our existence resembles nothing so much as the consequence of a misdeed, punishment for a forbidden desire. In his essay On the Suffering of the World, he writes:
OP

As a reliable compass for orientating yourself in life nothing is more useful than to accustom yourself to regarding this world as a place of atonement, a sort of penal colony. When you have done this you will order your expectations of life according to the nature of things and no longer regard the calamities, sufferings, torments and miseries of life as something irregular and not to be expected but will find them entirely in order, well knowing that each of us is here being punished for his existence and each in his own particular way. This outlook will enable us to view the so-called imperfections of the majority of men, i.e., their moral and intellectual shortcomings and the facial appearance resulting therefrom, without surprise and certainly without indignation . . .

'Ol Art is a Misanthropist after my own black heart......~S~ 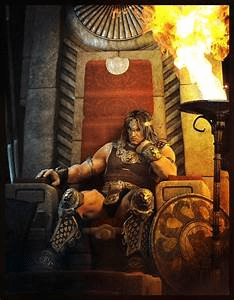 What Makes a Good Leader?

Just curious - who on here lives in a "mandatory face coverings required in public" county?
2 3 4