Where was ICE when Crazy Uncle Joe needed them?

Biden had headlined an event tailored to Asian Americans and Pacific Islanders at Harbor Palace Seafood Restaurant, but as he walked outside to take pictures with the crowd that had gathered he was approached by a group of undocumented activists, shaming him for not committing to halt deportations.

About 10 women from the group United We Dream Action yelled and scream-talked in the direction of Biden and held up a banner that read 'Biden Commit 2 Stop All Deportations...

But the ruckus had prompted Biden to head back inside - to take more pictures with potential supporters from the Asian-American community."

Joe Biden gets shouted down for deportations outside Las Vegas event 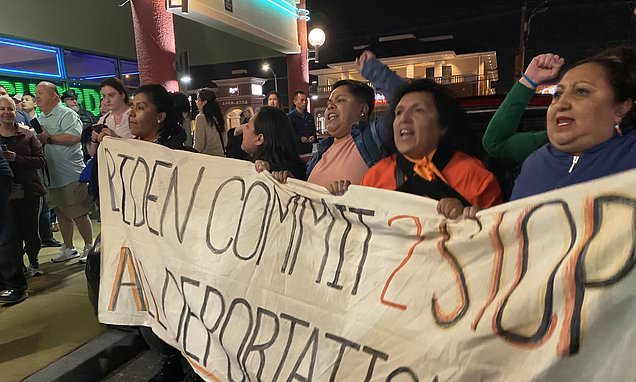 Yes Joe commit to opening the borders to all obese squatemalan orcs.

The taco food truckers get a work visa in my plan.

Okay, first of all those creatures are quite possibly the ugliest things in the evolution of humanoids. That said, the Mexican food trucks I drive by on Long Wharf on the way to Pepe's Pizza in New Haven go through a rigorous procedure to get legal and apparently are decent. 18 wheelers often pull off I-95 to grab a bite.
You must log in or register to reply here.
Share:
Facebook Twitter Reddit Pinterest Tumblr WhatsApp Email Link

56% of US families are worried about being able to feed their family.
2 3 4

A moment ago
Benj
B

B
With Al Kaline, one of the all-time great baseball players......