No Mandate for Afghanistan Refugees to Get ChiCom Flu Vaccine

Only you peon American citizens are required if you want to do anything like work for a living.

On Monday, the CDC announced that the thousands of Afghans continuing to be brought to the U.S. by the Biden [junta] for permanent resettlement will be required to be vaccinated against measles though there has not been any indication that they are likewise mandated to take the coronavirus vaccine. . .
. . . The move comes as there have been measles outbreaks at a number of U.S. military bases where the Biden administration is temporarily housing tens of thousands of Afghans. The military bases where Afghans are staying include:

In addition to measles, CDC officials revealed that some Afghans brought to the U.S. have spurred outbreaks of viruses such as varicella, mumps, tuberculosis, malaria, leishmaniasis, hepatitis A, and [Chinese] coronavirus.

Biden has said he hopes to resettle about 95,000 Afghans across the U.S. over the next 12 months. In a 21-day period from August to September, Biden brought more than 48,000 Afghans to the U.S. for resettlement -- a population more than four times that of Jackson, Wyoming.

The resettlement operation is being bankrolled by not only American taxpayer money funneled through a number of refugee contractors but also multinational corporations and a non-governmental organizations (NGO) backed by former Presidents Bill Clinton, George W. Bush, and Barack Obama. 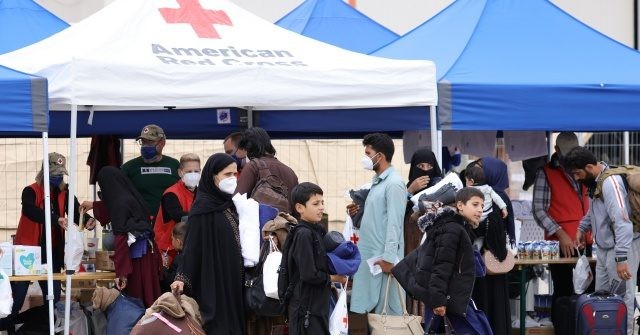 CDC: Some Afghans Arriving in U.S. Have Measles, Malaria, Tuberculosis

President Biden's administration is bringing Afghans to the United States who are carrying viruses such as measles, malaria, tuberculosis.

www.breitbart.com
People sleep peaceably in their beds at night only because rough men stand ready to do violence on their behalf.
George Orwell
You must log in or register to reply here.

President Joe Biden Is A Threat To National Security

Afghan refugees are leaving US military bases on their own

I think the COVID-19 lockdown is killing more people than it is saving. Here are my many reasons for thinking such a thing. Updated for March 26, 2021
2

Are serfs and slaves the same?