This article offers a great compilation of how the United Nations chips away at America’s sovereignty:


Donald Trump and the U.N.: Signs of Clashing Views on Many Issues
By SOMINI SENGUPTA and RICK GLADSTONE
NOV. 19, 2016

http://www.nytimes.com/2016/11/20/world/americas/united-nations-trump-climate-change-iran-cuba.html​
Donald Trump has seen the light since 2005:

“He prides himself on making deals,” she said. “The U.N. is the forum where countries make deals in their own national interests but that also does some collective good.”

As one of Manhattan’s pre-eminent builders, he also offered to handle the renovation at half the price. In 2012, he complained on Twitter about the marble behind the speaker’s lectern at the General Assembly hall, claiming he could build it better.​
Incidentally, Builder Trump never did the renovations. As far as I know, the renovation loan was never repaid. Thank God it was not. That is one loan that should not be paid off because American taxpayers would be taxed to repay themselves.

NOTE: Here is one tax that serves the American people:


Way back when Bush the Younger gave the UN the renovation loan, I said America should build them a new headquarters in any country of their choice except here. I knew that UN-loving American traitors would never let those parasites leave this country; so I suggested moving them to an island far out in the Aleutian Chain.

http://www.usmessageboard.com/gener...many-charity-hustlers-are-on-the-payroll.html​
This is the Trump that counts as president:

In March, during a campaign speech at the American Israel Public Affairs Committee, he excoriated the world body as “not a friend to freedom,” adding, “it surely isn’t a friend to Israel.”


XXXXX​
Mr. Trump, who has called climate change a hoax, has suggested he would withdraw the United States from the Paris accord, widely regarded as the most important United Nations achievement in years. Secretary General Ban Ki-moon and President Obama invested a great deal of political energy in its success.

Withdrawing from the Paris accord is a beginning. Pushing Congress to pass H.R. 75 would qualify Trump for a spot on Mount Rushmore.

If withdrawal is not possible just yet, the U.N. should continue as a debating society, or just sit around and play pinochle. I suppose we can live with it if American taxpayers pay their share of the utility bill over at U.N. headquarters, but that is as far as the money should go.


The United Nations is by far the most successful charity hustle the world has ever seen. Were I speaking instead of typing I would be permanently hoarse from all of the messages I posted about those bums at the United Nations. Years ago I suggested that the UN adopt that old song Rhythm Is Our Business; most often associated with the Jimmie Lunceford Band. Only change rhythm to charity:​
Charity is our business
Charity is what we sell
Charity is our business
Business sure is swell​
​
http://www.usmessageboard.com/general-discussion/300748-mama-baksheesh.html

Taking back this promise is long overdue:


"We are grateful to the Washington Post, the New York Times, Time Magazine and other great publications whose directors have attended our meetings and respected their promises of discretion for almost forty years."​
He went on to explain:​
"It would have been impossible for us to develop our plan for the world if we had been subjected to the lights of publicity during those years. But, the world is more sophisticated and prepared to march towards a world government. The supranational sovereignty of an intellectual elite and world bankers is surely preferable to the national autodetermination practiced in past centuries."​
-- David Rockefeller, Speaking at the June, 1991 Bilderberger meeting in Baden, Germany (a meeting also attended by then-Governor Bill Clinton and by Dan Quayle

David Rockefeller's 1991 Bilderberg Quote...Ten Years Later​
Newspapers and magazines have First Amendment protection. Print journalism basically has a license to lie and omit. Television has no such protection. Nevertheless television has been doing the UN’s dirty work with tax dollar propaganda rather than tell the truth. In fact, President Trump could cancel broadcast licenses for every television network that promotes United Nations lies as they have been doing since the end of World War II.

Finally, there is no such thing as international law. That is the biggest lie television tells. Also, there is no constitutional authority for the United Nations to dictate America’s immigration policies:


Mr. Trump has said he wants to bar entry to refugees from certain countries, and his campaign has defended a widely pilloried Twitter message by his son, Donald Trump Jr., comparing Syrian refugees to poisoned Skittles.

Barring refugees based on where they come from would be in blatant violation of international law, which requires countries to offer protection to all those fleeing war and persecution. Mr. Trump’s proposal has already been denounced by the United Nations high commissioner for human rights, Zeid Ra’ad al-Hussein, who said during the campaign that Mr. Trump would be “dangerous from an international point of view.”​
Naturally, before the new head parasite even takes office he spouts the “. . . recruit . . .” lie made popular by the Chicago sewer rat.


The incoming United Nations secretary general, António Guterres, was even more pointed. He said that any proposal to restrict Muslim refugees would only help jihadist organizations spread their propaganda and recruit followers.​
I do not know about you, but most Americans are justifiably against United Nations refugees coming here to kill non-Muslims:


“It’s just telling them: ‘You are right. We are against you.’ ”​
Aside from United Nations Muslims killing Americans our spiritual leader’s messianic complex preaches the joys of importing millions of United Nations economic refugees:

This is the cartoon I originally posted: 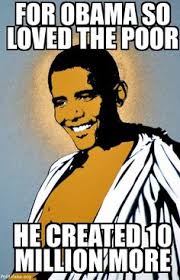 Flanders said:
there is no constitutional authority for the United Nations to dictate America’s immigration policies:
Click to expand...

Flanders said:
I do not know about you, but most Americans are justifiably against United Nations refugees coming here to kill non-Muslims:
Click to expand...

Read every mainstream media article, listen to every television report, and you will not find one news outlet refer to this guy as a UNITED NATIONS REFUGEE.


The assailant has not officially been named, but local news stations have identified the attacker as a Somali refugee student with permanent legal residence in the U.S.​
'Somali refugee student' mowed down classmates with his car and slashed them with a butcher's knife at Ohio State University before he was shot dead by cops in horror morning rampage
By Ashley Collman For Dailymail.com
Published: 10:29 EST, 28 November 2016 | Updated: 14:46 EST, 28 November 2016

Flanders said:
Read every mainstream media article, listen to every television report, and you will not find one news outlet refer to this guy as a UNITED NATIONS REFUGEE.
Click to expand...


House Republicans introduced a short-term spending bill on Tuesday that would give the State Department an additional $300 million to aid migrants and refugees overseas, but with one major caveat.

None of the money could be spent to bring those refugees to the United States.​
GOP offers $300 million for refugee aid, with one condition
By Pete Kasperowicz
12/7/16 12:01 AM

GOP offers $300 million for refugee aid, with one condition​
I only the wish bill will define them as UNITED NATIONS MIGRANTS AND REFUGEES.
You must log in or register to reply here.

China, Russia exploiting United Nations to push back against US interests, report says

R
Laugh out Loud, the GOP's Leadership is now bumbling.
2

A moment ago
Rye Catcher
R
S
Patriotism vs Nationalism

3 "people" shot a kitten, then swept it into a Broward street to be run over, cops say