Koba (USSR) agreed to hand over to German rule occupied Ukraine, the Baltics , Belarus in 1941 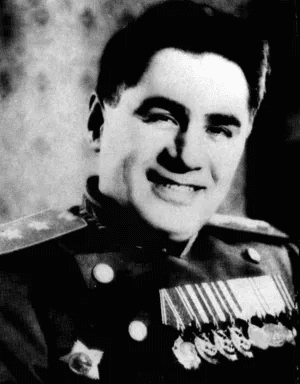 Koba agreed to hand over to German rule occupied Ukraine, the Baltics , Belarus in 1941 something what you can not find in Muscovite school books

"A few days after Hitler broke his alliance with Stalin and invaded the Soviet Union, the Soviet dictator used a diplomatic back channel to explore whether the Nazi leader would be prepared to end the war if Stalin agreed to hand over to German rule Ukraine, the Baltic republics and perhaps even more.

That is the conclusion of a Friday article by historian Nikita Petrov in “Novaya gazeta,” an article that undercuts both:

Stalin’s carefully cultivated stance as someone who was prepared to fight the invader to the end and
Vladimir Putin’s use of World War II as a legitimizing and mobilizing tool in Russia today.

The history of these events is by its very nature murky and can be reconstructed only by a careful reading of Russian archival materials, Petrov suggests. But the basic facts of the case are these: In the first days after the German attack, Lavrentiy Beria on Stalin’s order directed NKVD officer Pavel Sudoplatov to meet with a Bulgarian diplomat to explore what it would take for Hitler to stop his invasion of the Soviet Union.

Among the concessions Sudoplatov was authorized to discuss with the Bulgarian who Moscow believed would communicate his conversation to Berlin was the handing over to Hitler of Ukraine, the areas that Stalin had occupied in 1940-41 on the basis of the secret protocols of the Molotov-Ribbentrop Pact, and perhaps more.

Such a sacrifice would constitute “a new Brest peace” but would save Stalin and his regime, Petrov points out by allowing the communist regime to continue to function beyond the Urals.

Obviously, disclosing anything of Stalin’s proposal then or later was incredibly dangerous given that such things would have constituted treason in the clearest way, but information about them came out in the interrogations of Sudoplatov and Beria in 1953. And Petrov mines these sources for his article, even reproducing the key Sudoplatov declaration.
OP

Archives show Stalin was ready to give Hitler Ukraine and the Baltics | EUROMAIDAN PRESSEuromaidan Press |
You must log in or register to reply here.

Oldest Levis in the world found buried in Abandoned Mine!

Koba had the blood of millions on his hands, yet Stalin has escaped Hitler-style demonisation, and even become a trendy pin-up. Why has history been

Koba had the blood of millions on his hands, yet Stalin has escaped Hitler-style demonisation, and even become a trendy pin-up. Why has history been