Until this movie, I had never heard of these phenomenal women. Rest in peace Mrs. Johnson, maybe someone will name a star in your honor


Johnson "was an American hero and her pioneering legacy will never be forgotten," NASA Administrator Jim Bridenstine wrote on Twitter. 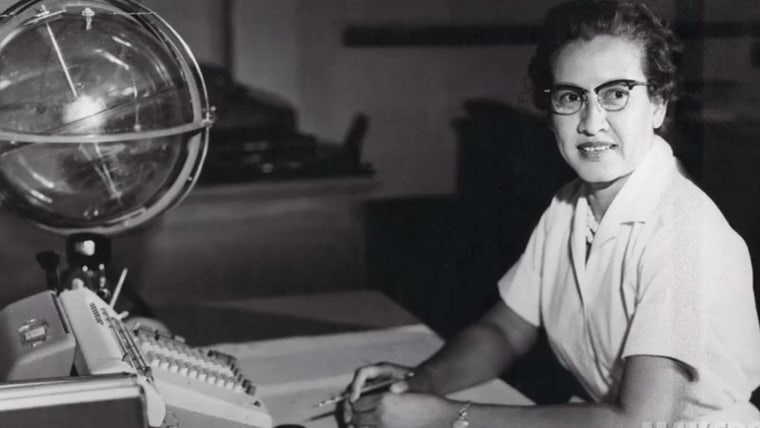 "Johnson helped our nation enlarge the frontiers of space even as she made huge strides that also opened doors for women and people of color in the universal human quest to explore space," NASA Administrator Jim Bridenstine said in a statement.

In a tweet, he called Johnson "an American hero."

Johnson was portrayed by Taraji P. Henson in the Oscar-nominated 2016 film about trailblazing black women whose work at NASA was integral during the space race.

The film also stars Octavia Spencer as the mathematician Dorothy Vaughan and Janelle Monáe as the engineer Mary Jackson.

The work of the women altered the country's history but their names were largely unknown until the movie received acclaim. Jackson died in 2005, and Vaughan died in 2008. 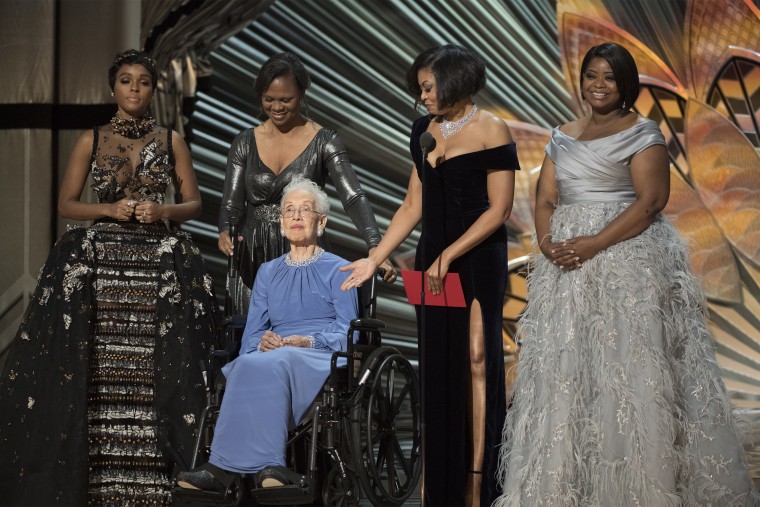 She said her greatest contribution to space exploration was making "the calculations that helped sync Project Apollo’s Lunar Lander with the moon-orbiting Command and Service Module." In other words, helping to put men on the moon in 1969.

She was also the first woman in the Flight Research Division to receive credit as an author of a research report for her work with Ted Skopinski on detailing the equations describing an orbital spaceflight...

RIP
Whenever I see Octavia Spencer I think of Opal from Bad Santa...

I'm sure she received recognition from those involved, but it would have been nice if she had received more widespread recognition. She was truly a role model for all aspiring scientists no matter what their race or gender might be.

I really liked the movie Hidden Figures. I need to get a copy of the book and read it. It is my understanding that many of the events in the movie were embellished or simply didn't happen that way. From the little research I've done, the book is suppose to give a much more accurate depiction of the, three main characters than the movie. At any rate, K. Johnson was great woman, may she rest in peace.

A true American patriot and hero. ...

Gods Punishment On A Godless Man
2

We don’t need to go into an economic depression
2

Music to listen to while locked up at home :-)