Joe Biden has spoken with Saudi Arabia’s King Salman for the first time as president, ahead of the publication of a US intelligence report expected to implicate the Saudi crown prince in the 2018 murder of dissident and Washington Post columnist, Jamal Khashoggi.

A White House account of the call did not mention the report, but did say, in another context, that Biden “affirmed the importance the United States places on universal human rights and the rule of law” and that the two discussed working on “mutual issues of concern”.

The Saudi embassy in Washington said the two men “confirmed the strength of bilateral ties and discussed Iran’s malign activities in the region and ways to advance peace in Yemen”. 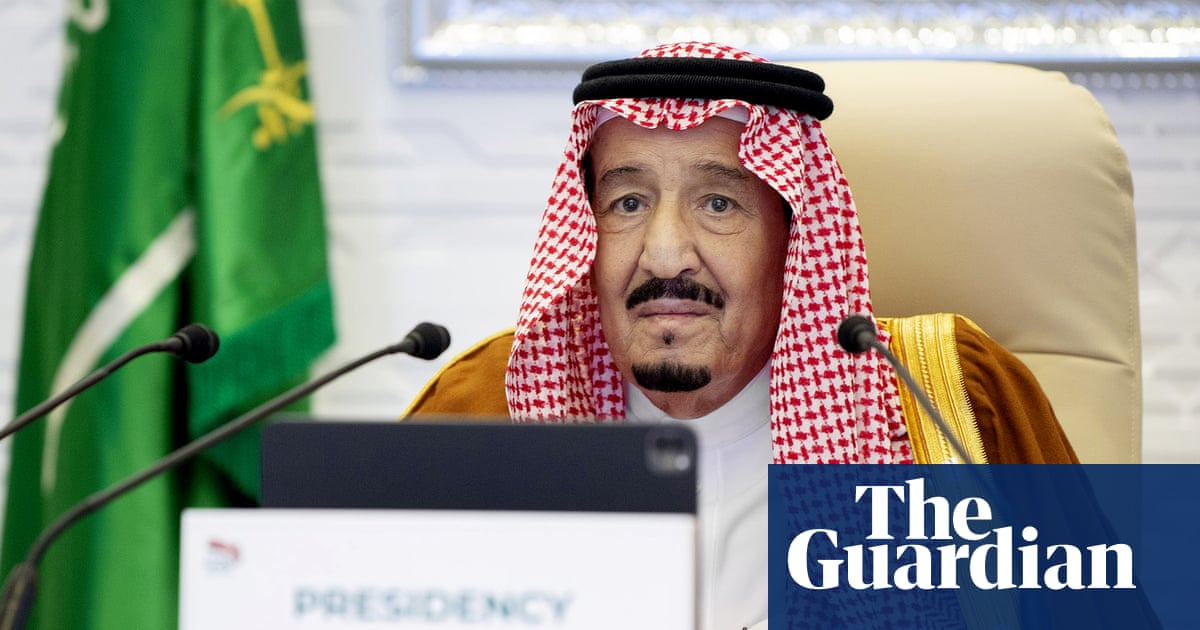 The US will be judge and jury and is "preparing to take further actions against those who it deems responsible for the murder".
Say goodbye, Saudi Arabia. There is a push to "redefine" the relationship. Nitwits.

This is the report that trump buried in an effort to protect a murderer....cause trump would do the same if he could get away with it. The GOPQ is getting more and more terroristic.

This is the report that trump buried in an effort to protect a murderer....cause trump would do the same if he could get away with it. The GOPQ is getting more and more terroristic.
Click to expand...

Joe starts a war and you are blaming Joe's rival. Excuse me very much for puking when I read your little white lie.

This is the report that trump buried in an effort to protect a murderer....cause trump would do the same if he could get away with it. The GOPQ is getting more and more terroristic.
Click to expand...

Joe starts a war and you are blaming Joe's rival. Excuse me very much for puking when I read your little white lie.
Click to expand...

Joe tells the truth. There will be no war. But MBS will be revealed as the murderer that he is. trump was truth challenged. He just could not tell the truth about anything.

His inaugural crowd was the largest ever....lie
COVID will miraculously go away....lie
MBS was not involved in the murderer of a US journalist...lie
The election was stolen from him....lie
The January 6th insurrection was caused by ANTIFA....lie

And there were thousands and thousands more. But when you lie on you personal income tax, that is not good. Ask the relatives of Al Capone.

Schiff should worry about the USA.

This after The United States has said it intends to revoke the terrorist designation of the Houthi movement in response to Yemen’s humanitarian crisis – reversing one of the most criticised last-minute decisions of the Trump administration.

The reversal, confirmed by the state department, comes a day after Joe Biden declared a halt to US support for the Saudi Arabia-led military campaign in Yemen, widely seen as a proxy conflict between Saudi Arabia and Iran.

The state department stressed the action did not reflect the US view of the Houthis and their “reprehensible conduct … Our action is due entirely to the humanitarian consequences of this last-minute designation from the prior administration, which the United Nations and humanitarian organisations have since made clear would accelerate the world’s worst humanitarian crisis.” 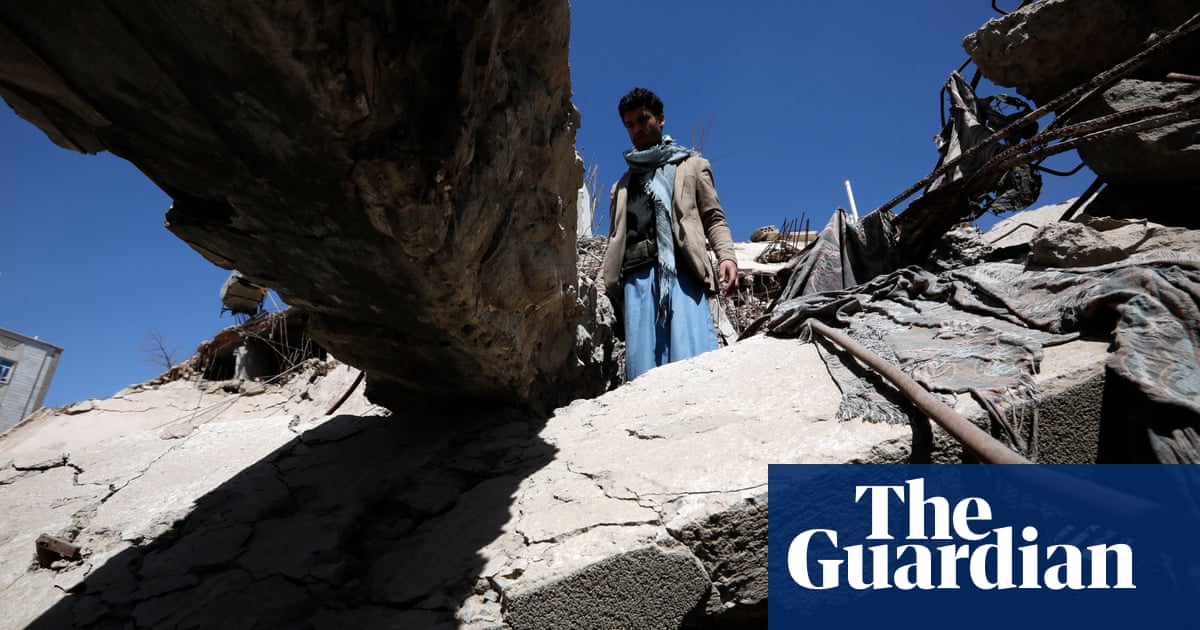 President Bidon now showing the sort of metal that is expected from the leader of the free world's most powerful country.
Unlike Trump, Bidon won't dance to everybody engaged in human rights abuses tune 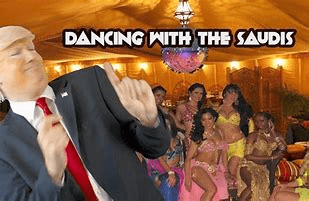 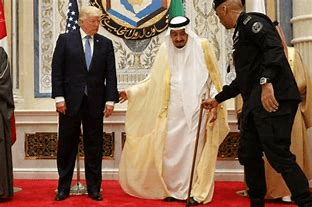 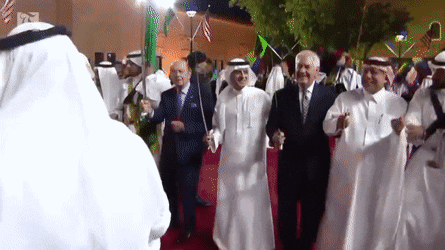 The report that Trump held in secret to not ruin his fun with the Saudi murdering prince.

It's none of our business. We are NOT the world police force and even if we were there is nothing we can do about it.

We targeted and killed American citizens also so we have no soapbox to stand on.
C

Why should americans care if muslim kills muslim? I see win win. And they actually did US citizens a favor. Certainly WaPo didn't like it because they were funding and kowtowing to the muslim brotherhood bastard who is now known as Chop Suey Khashoggi.

I'm sure many americans of leftist persuasion will be convinced by your morally superior remarks on the killing of our enemy by our enemy. LOLOL
C

You disagree. well..that IS your prerogative. LOLOL Open the eyes dude.

Condemning this with hate is not the answer.

Must say I object to my thread - Biden Wields Baptism Of The Sword Over The Saudi's To Show The Metal Of His New Administration. Being merged with Desir's.

The two threads could not be more different mine emphasise's the opposing approaches of the two administrations. That is what mine is about, where Desir's is simply a news bulletin telling of Biden's discussion with the King. Mine is listed under Global Political Topics, not Middle East - General. Which plays down the murder as if it's only of interest to the Middle East. The murder of a journalist particularly under the circumstances., by the Heir Apparent to the Saudi Crown is of Global interest.
My thread also goes on to detail the Biden admin's change of approach to Houthi rebels that Desirs doesn't really touch upon.

My thread was taken down within minutes so not a lot of thought could have gone into it. It really does beggar belief when I think of the number of Hunter Bidon Threads that went on for months all about the same completely bogus allegations.
I can't bring myself to believe that USMB is scared of Saudi Arabia or would be intimidated by the murderous regime.
C

oh wow. Biden is dropping the idea of punishing SA over khashoggi murder.

Are dems going to be in a dither over this?? I bet they'll drop it like a hot potato.

White House rebuffs pressure to punish Saudi crown prince over Khashoggi murder (cnbc.com)
You must log in or register to reply here.

Will be gone for a while

For those that argue black men died because they resisted police...
5 6 7

5
Assault Weapons Ban would be unconstitutional. "A State Militia must be maintained and well regulated"
37 38 39