CDZ Is the Climate changing?

ReinyDays said:
You "believe" this? ... climatology isn't a faith-based religion ... at it's core, it's based on hard physics ...

First you need to define "change" ... which in turn depends on how we measure climate ... with all other meteorological parameters exactly the same, does an increase in average temperature from 11.8ºC to 12.1ºC constitute "climate change"? ...

You've asked for a link, and not a citation, so here's what Wikipedia offers:

Do you accept this scheme as our measure of climate? ...
Click to expand...

How is it based on "hard physics" when the last experiment anyone can point to was done in 1850?
Click to expand...

There're half dozen experiments that are runs in labs that demonstrate the greenhouse effect. There is also plenty of other evidence of Greenhouse Effect in addition to lab experiments which include studies of greenhouse effect in the atmosphere of the planet Venus, Ice core samples, studies of tree rings, ocean sediments, coral reefs, and layers of sedimentary rocks.
Click to expand...

EXCUSE ME !!!
"... lab experiments which include studies of greenhouse effect in the atmosphere of the planet Venus, ... "

First, you might cite those aledged studies you infer ....
Second, you might try to engage some honest and real science rather than the tired and worn tropes of propaganda you hacks for anthropogenic (human caused/man-made) climate change(ACC) ~ 'Global warming' (AGW) constantly drag out comparing the atmosphere of Venus versus that of Earth.

Yeah, I figure not since you 'gorebot' advocates of ACC/AGW tend to be a bit shy on math and science skills, along with honesty, integrity, and ethics. To be expected from a gang of lying distortionists whom engage about 99% propaganda and 1% science, if that!

FYI and FWIW, from at starting source, EXCERPT:
...
The atmosphere of Venus is the layer of gases surrounding Venus. It is composed primarily of carbon dioxide and is much denser and hotter than that of Earth. The temperature at the surface is 740 K (467 °C, 872 °F), and the pressure is 93 bar (1,350 psi), roughly the pressure found 900 m (3,000 ft) underwater on Earth.[1] The Venusian atmosphere supports opaque clouds of sulfuric acid, making optical Earth-based and orbital observation of the surface impossible. Information about the topography has been obtained exclusively by radar imaging.[1] Aside from carbon dioxide, the other main component is nitrogen. Other chemical compounds are present only in trace amounts.[1]

Aside from the very surface layers, the atmosphere is in a state of vigorous circulation.[3] The upper layer of troposphere exhibits a phenomenon of super-rotation, in which the atmosphere circles the planet in just four Earth days, much faster than the planet's sidereal day of 243 days. The winds supporting super-rotation blow at a speed of 100 m/s (≈360 km/h or 220 mph)[3] or more. Winds move at up to 60 times the speed of the planet's rotation, while Earth's fastest winds are only 10% to 20% rotation speed.[4] On the other hand, the wind speed becomes increasingly slower as the elevation from the surface decreases, with the breeze barely reaching the speed of 10 km/h (2.8 m/s) on the surface.[5] ...
.... 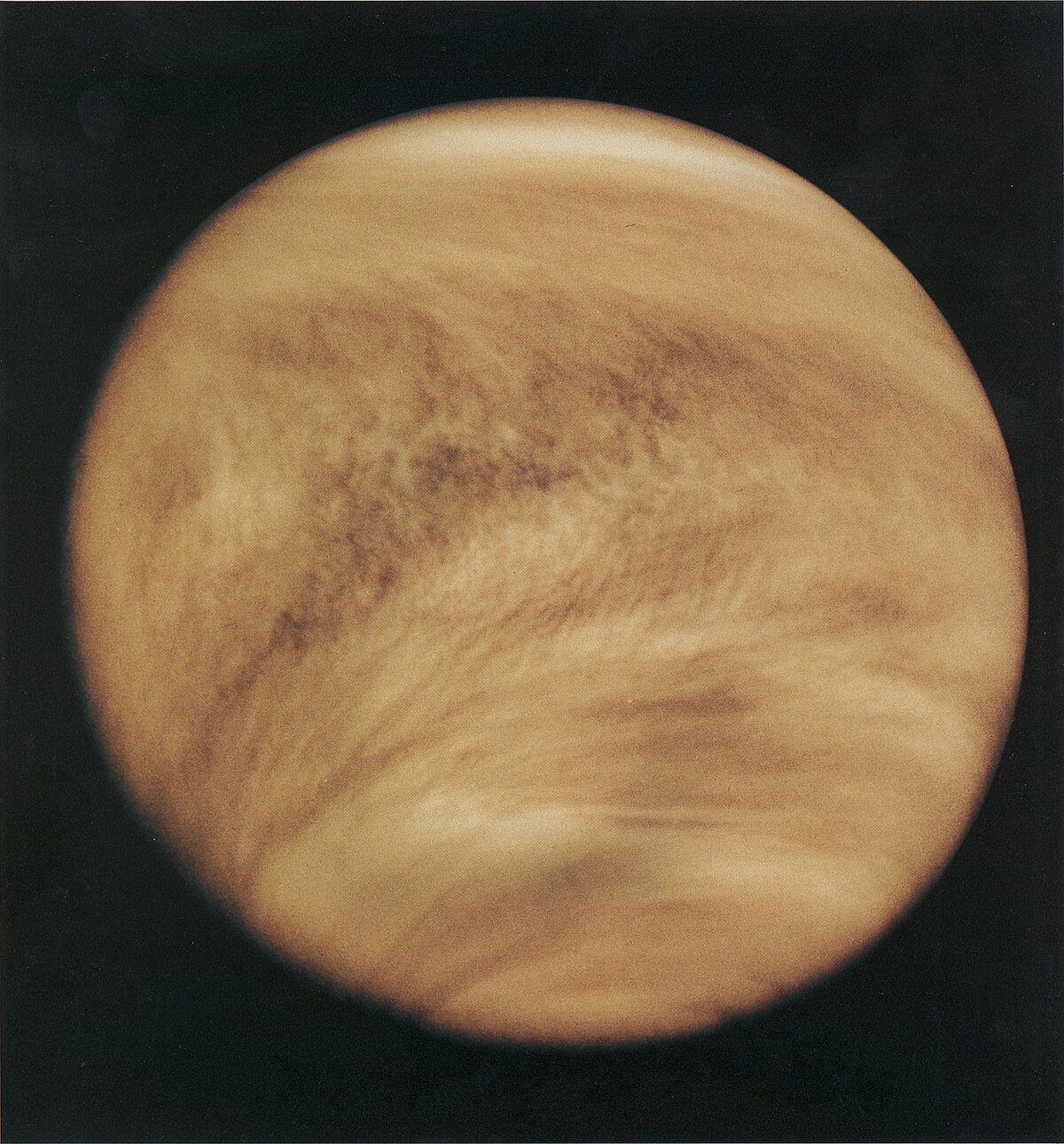 As we've seen repeatedly for decades now, if it weren't for lies, dishonesty, distortions, misrepresentations and blatant chicanery, you ACC/AGW scum wouldn't have a case.

I doubt we'll see any apologies or corrections from the likes of you, such wouldn't fit your lowlife profile. However, your detestable and contemptible intellectual dishonesty is on record and you have sub-zero credibility on this dialogue/topic/issue.

Go ahead and spew more lies and disinformation if you wish, but you are now on record as another bottom-feeding political focused scumbag peddling false data and false conclusions. Typical of your sort and their agenda.
You must log in or register to reply here.

The merits of mask wearing in these covid times

Republicans: Everything will be OK
2