Totalitarian. The Heidelberg lawyer Beate Bahner considers the Corona Ordinances to be unconstitutional. She filed an emergency petition with the Federal Constitutional Court and is said to have invited people to a nationwide demonstration on Holy Saturday, among other things. Now the lawyer is being investigated by the State Security Department of the Criminal Investigation Department in Heidelberg for allegedly "calling for resistance against the Corona measures".

Police and the public prosecutor's office in Heidelberg are investigating against the lawyer Beate Bahner. The lawyer had publicly called for resistance against the Corona regulations via the Internet and, among other things, invited people to a nationwide demonstration on Holy Saturday. According to "Der Spiegel", the case is being handled by the state security department of the Heidelberg criminal police directorate.
On April 8, the lawyer had sent an emergency appeal to the Federal Constitutional Court. In it, she demands that "the execution of the Corona ordinances of all state governments be immediately suspended until a decision in the main proceedings is made.
In a letter on her website, which is currently unavailable, Bahner had explained why she considers the government's measures to be unconstitutional. In an email available to jouwatch, it says
"Ladies and gentlemen, dear supporters!! Enclosed you will find my emergency appeal to the Federal Constitutional Court for your information.
I have filed the following motions - and you are very welcome to forward this mail!

1 It is established that the Corona Ordinances of all the Länder are liable to endanger the existence of the Federal Republic of Germany, in particular the rule of law, democracy and the free democratic basic order in accordance with Article 20 of the Basic Law.
2 The execution of the Corona Ordinances of all Land governments shall be immediately suspended until a decision on the main issue has been made.
In point 3 is the demo call, which in Bahner's opinion is permissible under Article 8 II GG and 20 paragraph 4 GG and may not be forbidden.
4 It is requested that a decision be made immediately on the urgent application, since the applicant has seen her freedom endangered since a visit by the Heidelberg police on 8 April 2020, 12 noon.
5) The urgency consists in particular in the complete elimination of the existence of the Federal Republic of Germany and in the unprecedented restriction of almost all basic rights of 83 million citizens and the threatened establishment of a dictatorial police state.
6 It is therefore requested to refrain, on account of the particular urgency, from giving the parties involved in the proceedings on the main issue, those entitled to join or those entitled to make statements the opportunity to make a statement, § 32.2 of the BVerfGG.

The police warned any participants in the demonstration planned by the lawyer to be careful. In view of the restrictions, a visit could be an administrative offence or even a criminal offence, Spiegel added. (SB) 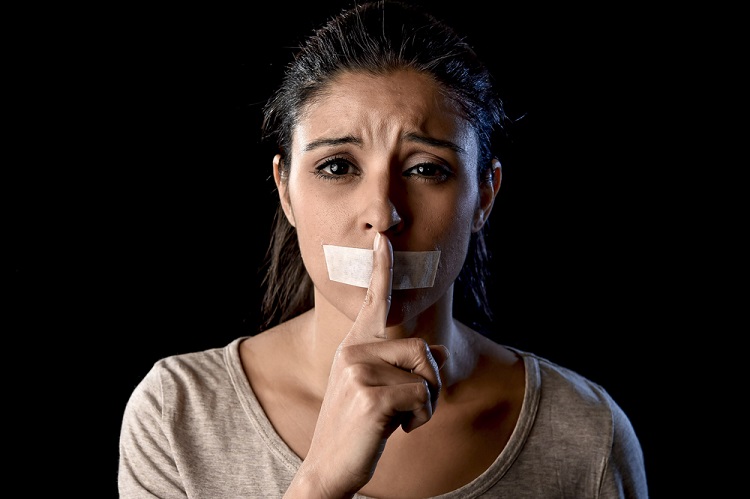 Beate Bahner explains,
why the shutdown is unconstitutional and
why this is the biggest legal scandal
that the Federal Republic of Germany has ever experienced:

The Lawsuit of Ms Bahner against Merkel & Co

Where is the lawyer now, no one knows.

Her web-page is by Merkel gang blocked.

No one MS presstitute writes about the only opposition in NWO Germany, MS Beate Bahner
Hopefully US patriotic blogs can redistribute her story and warn all free thinking people about the danger coming to us

Some new translations from her web page

I have enjoyed accompanying you for more than 25 years as a lawyer and have fought for your good rights.
With the decision of the BVerfG of Good Friday, 10 April 2020, I have returned my admission to the bar.
Unfortunately, I did not succeed in saving the constitutional state and the free democratic basic order in Germany, especially our constitutionally anchored basic rights and the inviolable human rights from the worst worldwide attack and the lightning-fast establishment of the most inhuman tyranny the world has ever seen.
Thus today our constitutional state, which we so proudly celebrated last year with the 70th anniversary of our Basic Law, has died.
Our constitutional state had already been lying dying in the intensive care unit for two weeks and could unfortunately not be resuscitated by me. 83 million ventilators were missing.
In this dictatorship, there is unfortunately nothing more I can do for you.

I was very happy to be there for you and would like to thank all the people who supported and accompanied me during the week from Friday, April 3, 2020 to Good Friday, April 10, 2020.
Your Beate Bahner, attorney at law

Police preliminary proceedings against Beate Bahner because of public demand for a criminal offence according to § 111 StGB because of invitation to the demonstration "Coronoia" on Easter Saturday, 15 o'clock,
9 April 2020