Inquisition in Europe: what they hide.

Baron said:
Your statement is a communist lie
Click to expand...

lol why would 'communists' lie about how few were actually put to death??? You're drunk.

They had their own freedom: freedom of debauchery and arbitrariness over the dark masses. It is this freedom that they stand for. Their values are the foolishness of the people and their illiteracy. These are the values that the church imposed on the masses. They had the ideals of humility and foolishness. The papal courts and northern European monarchies themselves were bathed in luxury and debauchery. Catherine II tried all the guards and distributed slaves to her favorites in batches like cattle.
She was a fan of European enlightenment. According to some reports, she died after intercourse with a stallion. In any case, she had a crotch laceration. It was a Christian monarchy. The Bolsheviks did the same. The people were dying of hunger, and they bought diamonds and dresses from the royal shoulder(this was written by the repressed Bukharin). The leader of the left regime, the head of state, Beria, committed crimes against minors(in other words, fucked little girls from the common people)

This is what left liberalism means

DudleySmith said:
lol why would 'communists' lie about how few were actually put to death??? You're drunk.

Do not pretend that communism and the church are different phenomena. The collective farms of the Bolsheviks were the same as the Christian agricultural communities. Bolshevism did about the same thing as the church, only taking into account modern realities. There was communism in the Christian communities. They were almost beggars, they had a common land, they were as powerless as collective farmers, they had mutual responsibility, the collective was responsible for each member of the community, they preached "equality", this is all purely communist ideology.
Dostoevsky preached Christian humility, and he became the idol of Bolshevism.

The Bolsheviks fought against the church only because some of the clergy were supporters of the old monarchy. They actually preached Christianity. They fully accepted the concept of the Christian history of Russia, written under the German regime of the 18th century, they even corrected some literary works in a Christian way.

Dostoevsky himself was a gambling addict, drug addict and, according to the testimony of biographers, confessed to seducing minors. His "Stavrogin sin" was written off from his own black soul, only he tried to slander the aristocracy. He attributed these deviations to a man of the "old school", a chivalrous noble and fearless disposition, who did not correspond to his Christian ideal

Dostoevsky was loved by both left-wing communists and left-wing Nazis. This was Goebbels' favorite writer. Goebbels was originally from northern Germany and belonged to the left wing of the Nazi regime.

In general, almost all of the writers who appreciated by the Bolsheviks, in one way or another, denigrated the equestrian culture and aristocracy. In particular, Turgenev, in one of his stories, portrayed the landowner as a bastard who killed a horse on his own stupid whim. It is known that the old steppe aristocracy loved horses more than their women, these were their closest comrades in arms. There are many songs and poems where it was said that the horse could not leave its owner and did not agree to leave the place of the death of a Hussar or a Cossack. Horses have a special place in the culture of steppe Russia. Even in ancient times, the Aryans laid horses and chariots in the crypts along with themselves.

After the defeat in the civil war, some of the white officers left for emigration through the Crimea. There is a song about how an officer sailed away and he was not allowed to take a horse with him. The horse did not leave him, he swam behind the ship. The officer was supposed to shoot him. He shot but missed all the time. As a result, the horse was shot by his batman. It is impossible to listen to this song without tears. I listened to it over a hundred times and I always cried.

"My friend my hоrse"
He sings: the horse kept swimming losing strength, believing in my devotion
Last edited: Oct 27, 2021

surada said:
the Western Roman Empire in the 5th century
Click to expand...

This is an absolute enchanting nonsense. The Frankish state is not the same as the Holy Empire. Until the 5th century, they were still part of Rome, after the defeat from the Huns and the death of Rome, Europe was controlled by the Huns. The Franks at this time may have just begun the offensive. After the formation of the Frankish state and its maximum expansion towards the Avar Kaganate, it was defeated by the Hungarians, and only after that the Holy Roman Empire was founded, moreover, the "German nation" appeared in the name only around the 15th century, so it is not a fact that it was originally their state.

rupol2000 said:
This is an absolute enchanting nonsense. The Frankish state is not the same as the Holy Empire. Until the 5th century, they were still part of Rome, after the defeat from the Huns and the death of Rome, Europe was controlled by the Huns. The Franks at this time may have just begun the offensive. After the formation of the Frankish state and its maximum expansion towards the Avar Kaganate, it was defeated by the Hungarians, and only after that the Holy Roman Empire was founded, moreover, the "German nation" appeared in the name only around the 15th century, so it is not a fact that it was originally their state.
Click to expand...

Rome was in steep decline in the 4th and 5th centuries.
OP
R

This is not the Frankish empire at all, but the western part of Rome, after its split. This state was destroyed by Attila and finished off by the union of the Vandals and Alan, who founded kingdoms in Italy and North Africa. 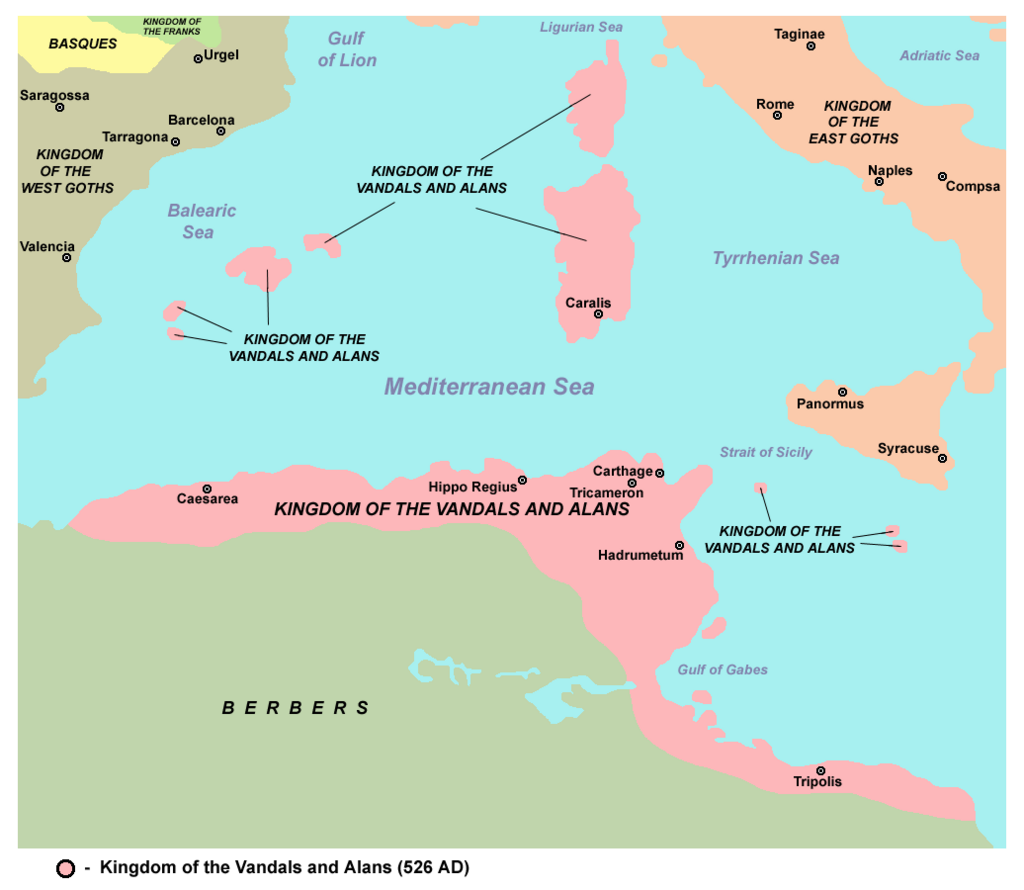 PS
it turns out there were also goths, I did not know that.

surada said:
Rome was in steep decline in the 4th and 5th centuries.
Click to expand...

Rome has always been in steep decline since the end of the Kings period. It was a state of libertines and slave owners, and in their frescoes, men have sex with men and goats.

In addition, they invented that the Battle of the Nations ended in a draw, and that the Huns were supposedly temporarily stopped, although Attila was in Italy a year later. The Pope's speech does not look like a draw, it is a surrender and a petition for mercy to the defeated.

Returning to the topic. According to various sources, the decline of chivalry dates back to the 13-15th century. This roughly corresponds to the heyday of the Inquisition and the addition of the words "Germanic nation" to the name of the "Holy Roman Empire". This means that the seizure of power by the Franks in Europe took place gradually, and it was mainly associated not with the war, but with the church, and it also means that the Holy Roman Empire was not originally Frankish.

And besides, there, in the original names, it is not the Franks that appear, but the Teutons and presumably Dans (Deutscher).
Sacrum Imperium Romanum Nationis Teutonicae/Heiliges Römisches Reich Deutscher Nation

The Gothic style arose in the 12th century, apparently its heyday falls at the same time when chivalry fell into decay and the Inquisition came.

The most interesting thing here is that Romanesque art was not in the time of Rome, but just in the Huns-Avar period of Europe, after the destruction of Rome and until the 12th century. Everything here is absolutely the same.
That is why Romance was during the period of Austro-Hungarian domination in Europe.

Even if I am somewhere inaccurate in details, the general picture is obvious here.

A Note for "Fallen Away" Catholics

My Top Ten Heads of State in Global History

End of Ottoman Empire. Understand the back ground of today's conflict

A moment ago
Relative Ethics
R

The power of the media to manipulate liberals, with Matt Taibbi.

A moment ago
Tax Man

Anybody hear from Kat?

A moment ago
The Doctor's Wife