You Limey Bolsheviks have destroyed the Uk

Add it to the list of disturbing similarities between this regime and that one.
Click to expand...

Hitler: "We are national socialists."

But then, leftists see equality everywhere, even when there is no equality or equivalence whatsoever. As distinct as philosophies can ever be.
Click to expand...

Since Hitler was as much anti-communist as anti-jew, yet was a socialist?

Biographer Alan Bullock avows Hitler "laid great stress" on the need to concentrate on a single enemy, an enemy he lumps together as "Marxism and the Jew"
Click to expand...

Because Soviet socialism was a direct competitor to National socialism.

Are you suggesting Hitler was pro-marxist instead of anti-marxist?
Click to expand...

Marx was a Jew...So Hitler stole the Marxist ethos and repackaged it to make it his own...That's how socialists roll, ya putz.
Click to expand...

Hitler's disdain for Marxism was only equal to his disdain for the jews; you're in pure fantasy land. Zero marxism in nazism. Its like saying hitler repackaged judaism.

read about it here.

The Nazi regime had little to do with socialism, despite it being prominently included in the name of the National Socialist German Workers’ Party. The NSDAP, from Hitler on down, struggled with the political implications of having socialism in the party name. Some early Nazi leaders, such as Gregor and Otto Strasser, appealed to working-class resentments, hoping to wean German workers away from their attachment to existing socialist and communist parties. The NSDAP’s 1920 party program, the 25 points, included passages denouncing banks, department stores and “interest slavery,” which suggested a quasi-Marxist rejection of free markets. But these were also typical criticisms in the anti-Semitic playbook, which provided a clue that the party’s overriding ideological goal wasn’t a fundamental challenge to private property.
Click to expand...

Did you not get the memo that Hitler nationalized the Junkers airplane factories (i.e. seized private property) over political disagreements with them?

Got-dammit are you pinkos some thick-headed sumbitches. 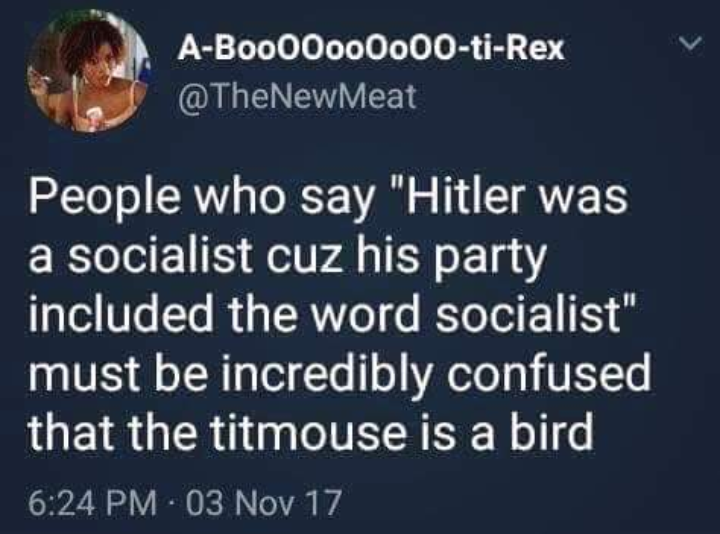 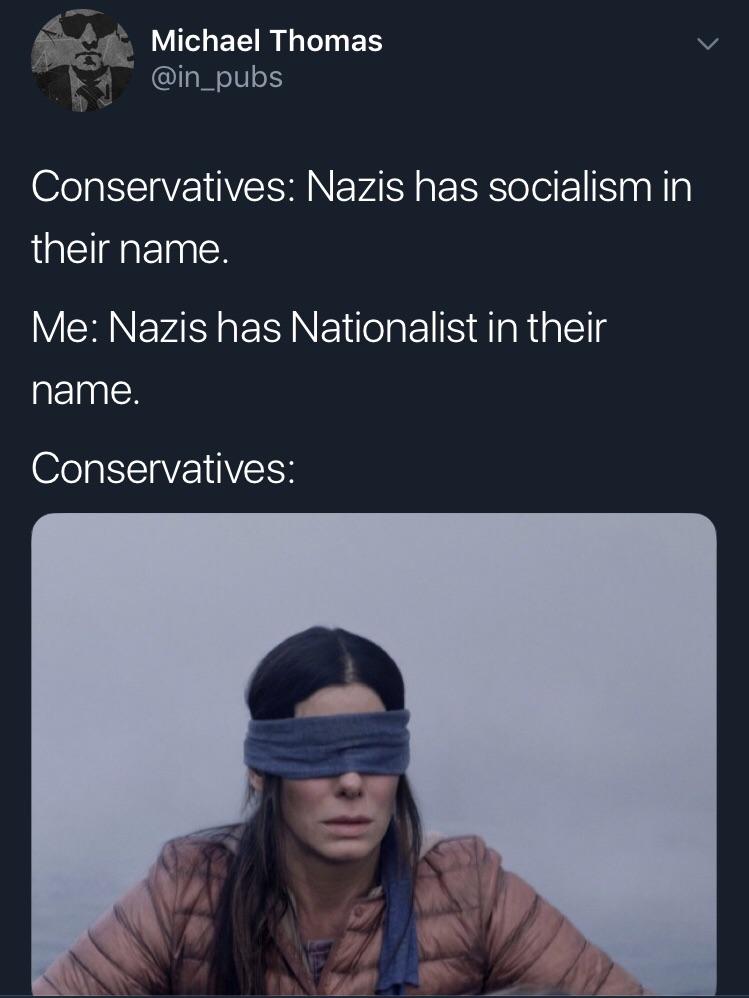 Yes, and USSR was not real communism.

Of course, you know this very well as well. Just the usual Lucifer worshipping inversion.
Click to expand...

Nazism is a form of fascism,[2][3][4][5] with disdain for liberal democracy and the parliamentary system. It incorporates fervent antisemitism, anti-communism, scientific racism, and the use of eugenics into its creed. Its extreme nationalism originated in pan-Germanism and the ethno-nationalist Völkisch movement which had been a prominent aspect of German nationalism since the late 19th century, and it was strongly influenced by the Freikorps paramilitary groups that emerged after Germany's defeat in World War I, from which came the party's underlying "cult of violence".[6]

The term National Socialism arose out of attempts to create a nationalist redefinition of socialism, as an alternative to both Marxist international socialism and free-market capitalism. Nazism rejected the Marxist concepts of class conflict and universal equality, opposed cosmopolitan internationalism and sought to convince all parts of the new German society to subordinate their personal interests to the "common good", accepting political interests as the main priority of economic organization,[9
Click to expand...

None of that proves that Nazis weren't socialists. What part of "nationalism and socialism aren't mutually exclusive" didn't you understand?
Click to expand...

Sure it does, the anti-communism part.

and, the Dachau concentration camp originally held communists and socialist during the early 1930's. 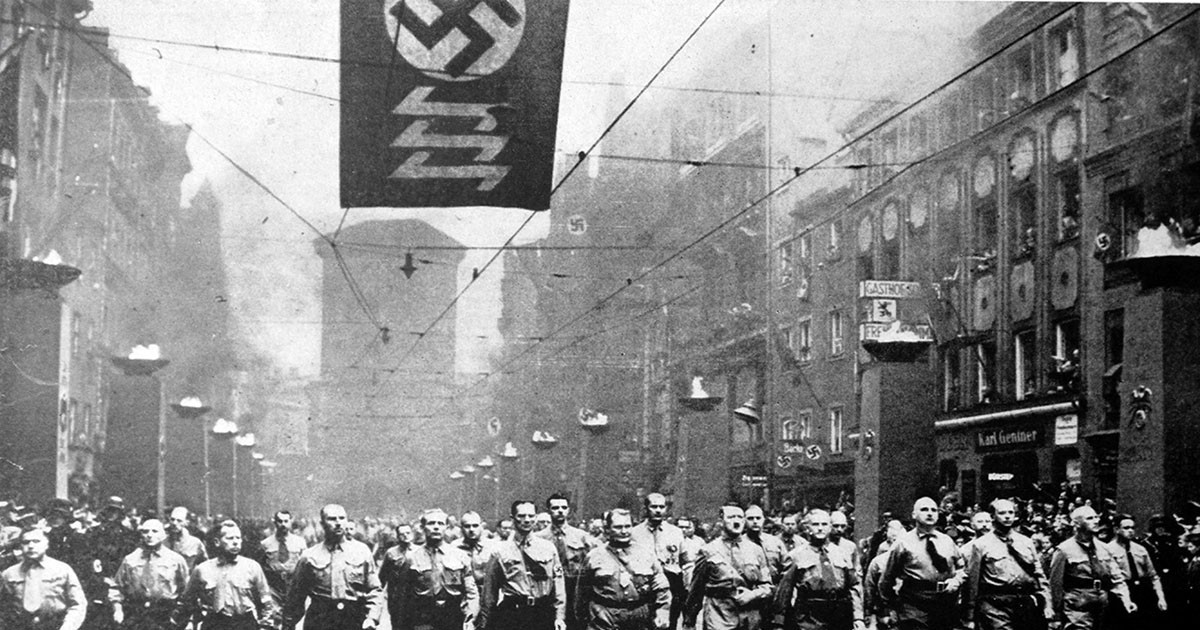 The Nazis were not socialists

Despite naming themselves the national socialist party, the Nazi’s policies - including the persecution of left-wing critics - did not align with socialist ideals.

Both the bolsheviks and mensheviks opposed capitalism (and overthrow of the tsarist regime), but the mensheviks supported democracy and supported varying views. Lenin's bolsheviks were hardline revolutionaries without a single scruple in regards to violence. They didnt oppose each other in their communist ideas, its just that Lenin had no time for the democracy of the mensheviks. Lenin overthrew the mensheviks because he wanted a dictatorship over obiendient followers.
Click to expand...

The mensheviks were communists and the Bolsheviks executed them all. 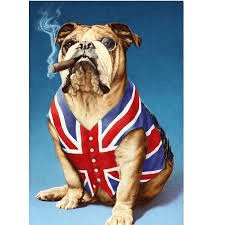 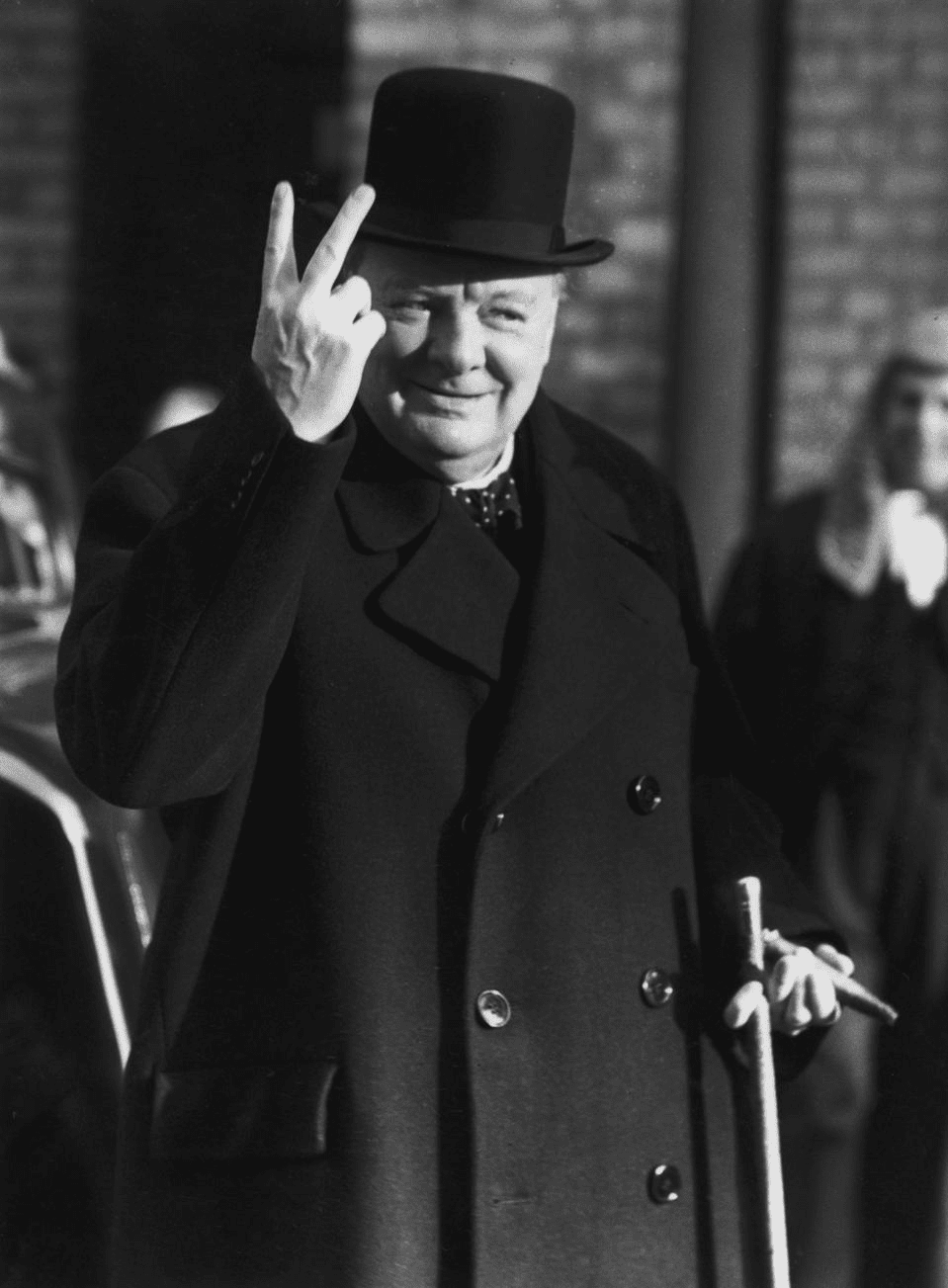 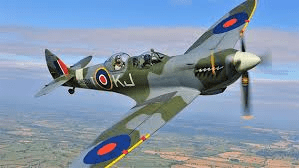 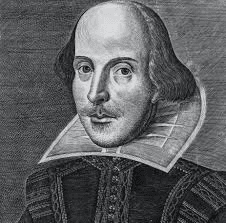 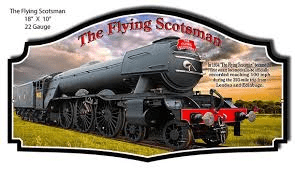 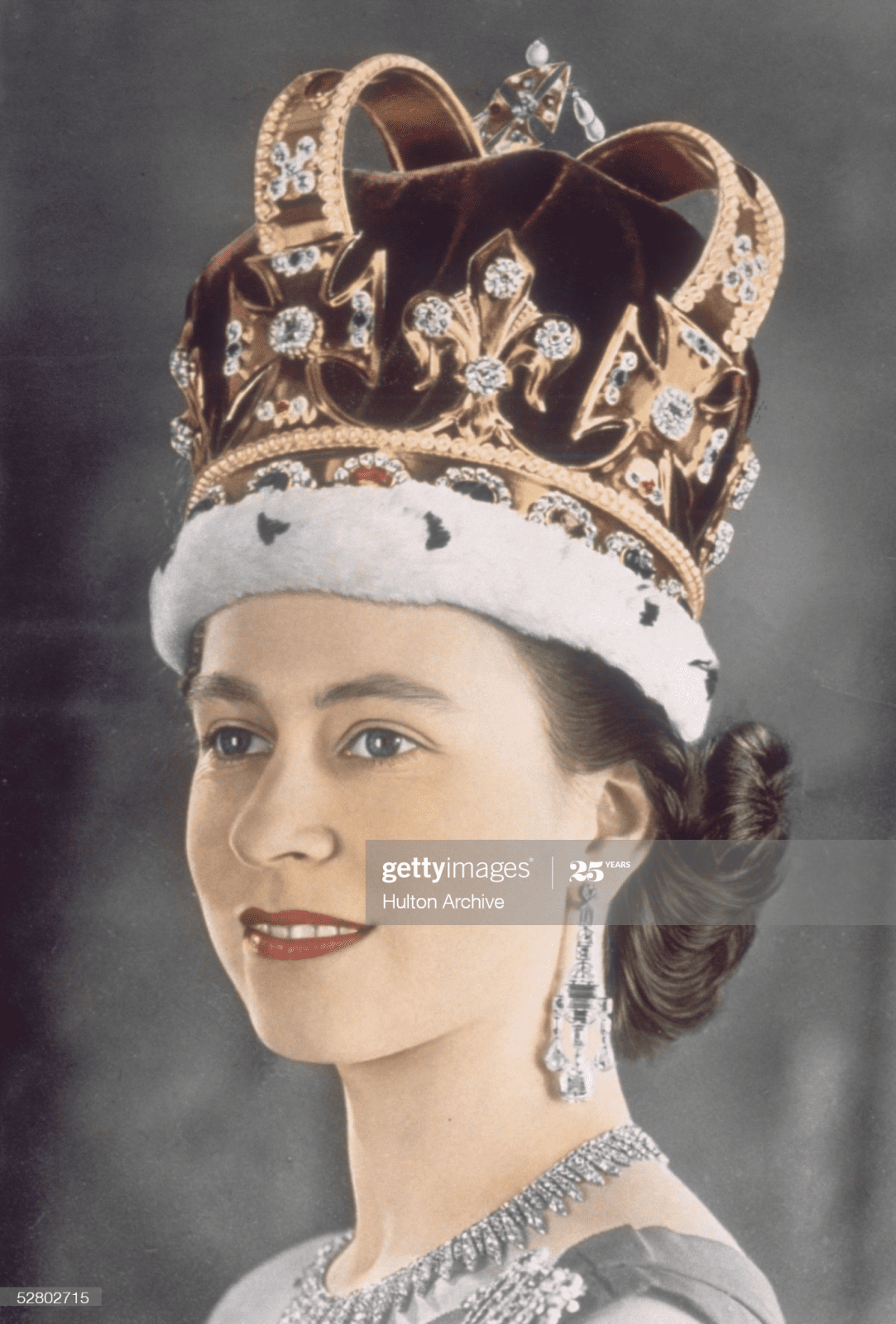 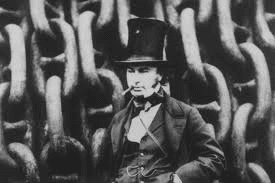 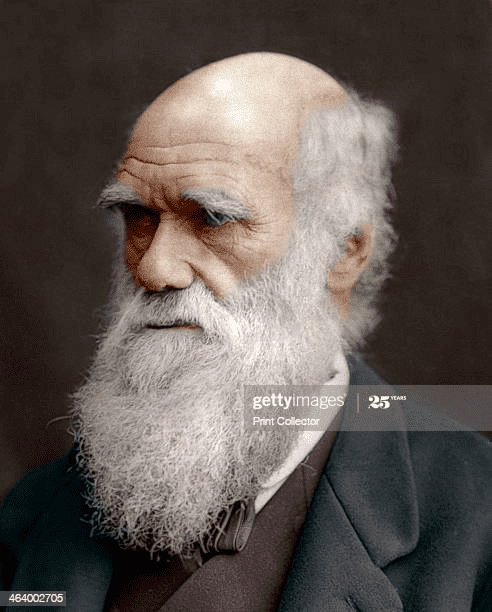 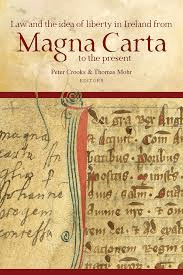 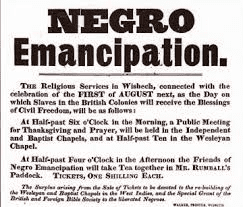 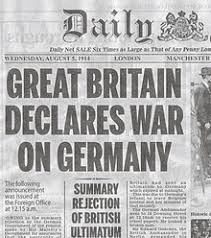 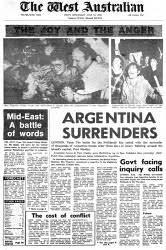 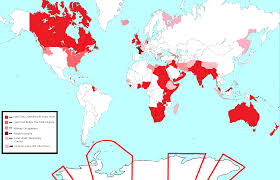 Oz and the Orchestra said:
That's what I just explained brain death!

Why not go and do something useful like stick a fork in an electric socket!
Click to expand...

And I just proved from accepted resources that you are full of shit.

Run along and lie with the pigs, Cletus.

He did more than that----------he told them to have taboo sex---lots of gay sex and sex with underage girls, told them that drugs were good for them, rewrote history like the dems do, and promised free everything and that "the Man" like cops were the bad ones but criminals like him were the good ones---you know the same lies that the dems tell their followers day in and day out.
Click to expand...

Charlie Manson was the Bernie Sanders of his day.

Oz and the Orchestra said:

Your betters built a great empire, and pathetic fuckwads like you lost it all. You're probably a Paki anyway.
Q

Oz and the Orchestra said:

No more great Churchills and warriors left !!
All you have is Marxist and Muslims
You must log in or register to reply here.

Even if it's a clean sweep, and Republicans end up controlling all three branches of the federal government, our problems will not end...

B
Kid gets body slammed by congressional candidate
4 5 6

A moment ago
Ben Thomson
B
View more…