This is a fun heist-parody parable about the blood diamond problem, inspired by Blood Diamond (Leo DiCaprio). Cheers (enjoy!),

Welcome to DC, America's capital city. This is the place where the newest US President, Joe Biden, was inaugurated officially in 2021 following the double-impeachment of Ex-President Donald Trump. DC is the home of great classical architecture and urban traffic and democratic rhetoric. It's also home to the First Bank of the United States. 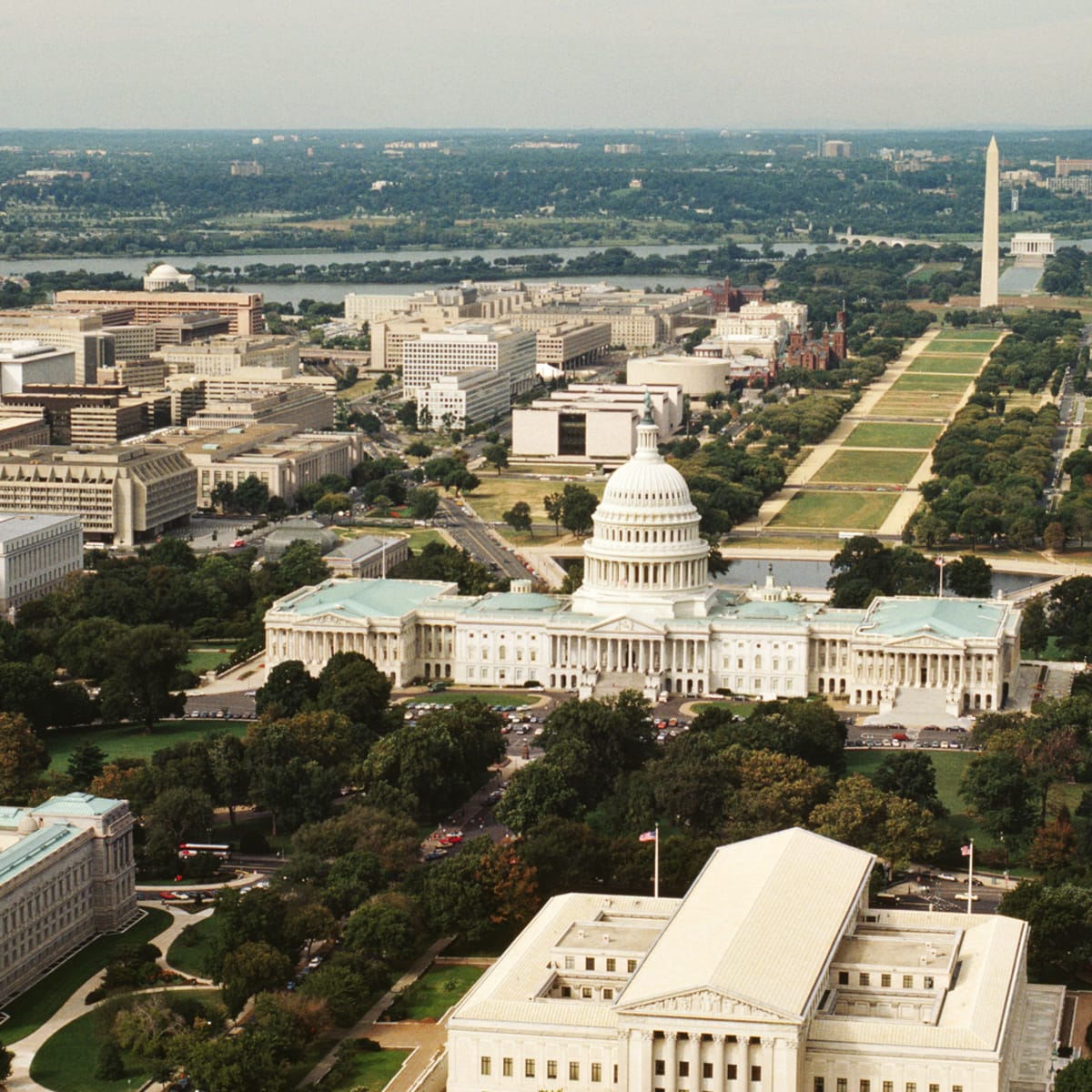 PRESIDENT BIDEN: I promise to serve this great city of Washington and all Americans fatigued by TrumpUSA problems! 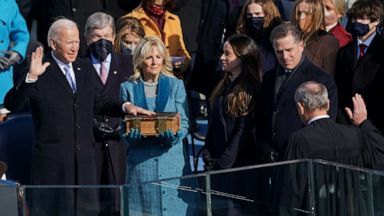 Biden has much to deal with now, including the emerged last decade ISIS terrorist group, globalization commerce problems, a volatile national economy, media scandals to clean up, Israel-Palestine, Protestant-Catholic worries in the UK, and various terrorism and black market activities to consider including the troubling blood diamond traffic in South Africa linked to warlords and crime syndicates and terrorism funding initiatives all over Europe. In fact, the blood diamond highway has become synonymous with 21st Century traffic paranoia and asset subversions. How will this affect the diamond market in the Americas? 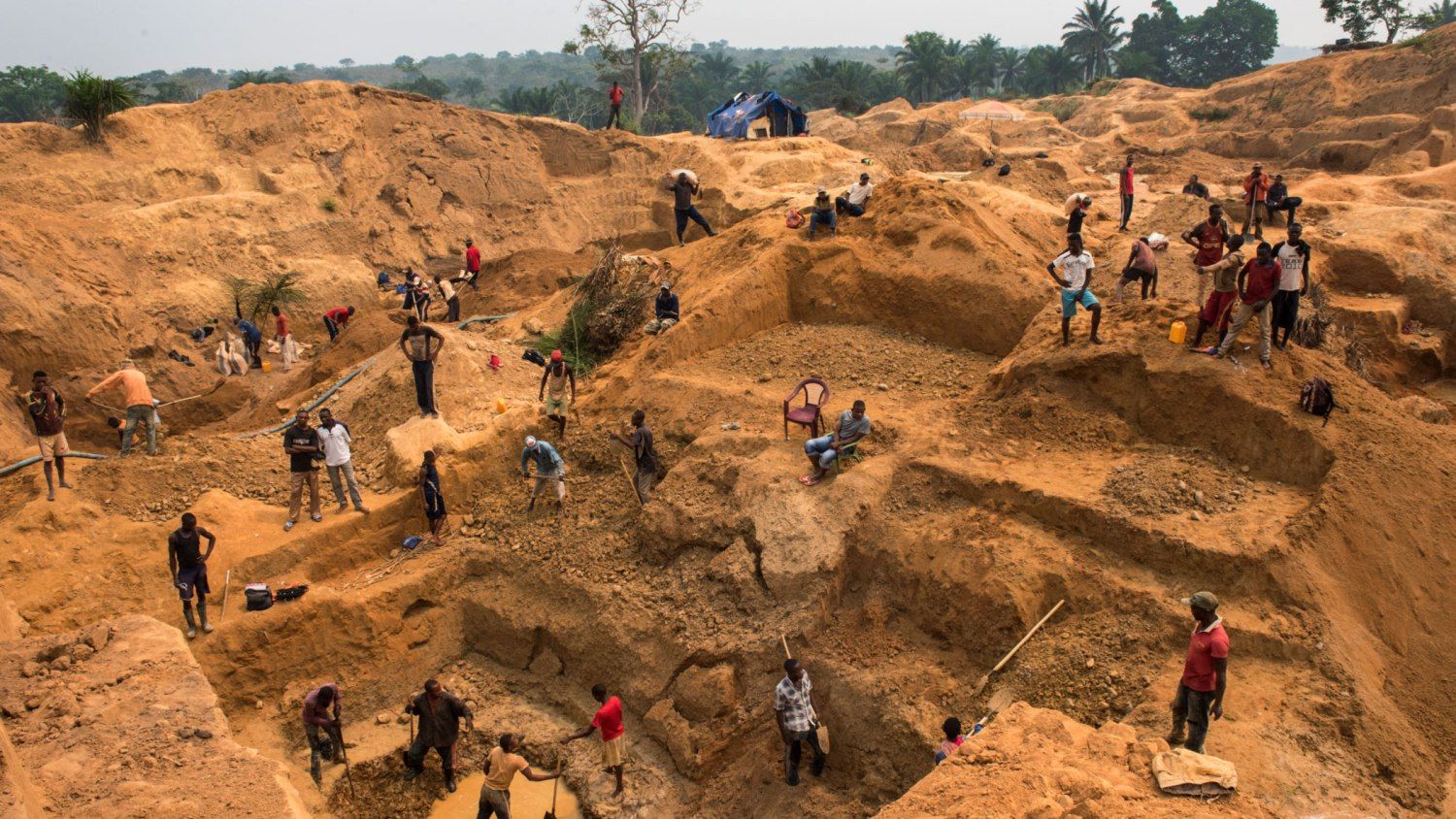 Diamonds are a girl's best friend, and diamonds are forever! However, the blood diamond problem 'ranging' from South Africa to Antwerp threatens some of the world's treasury confidences and gem exchange vitality communications. It's linked to terrorism and illicit activity and involves a good deal of violence from warlords in South Africa. Indeed, the volatile blood diamond highway today is likened to the chemical weapons deep fears of the late 20th Century (e.g., Iraq). This is the world Biden's inherited now. 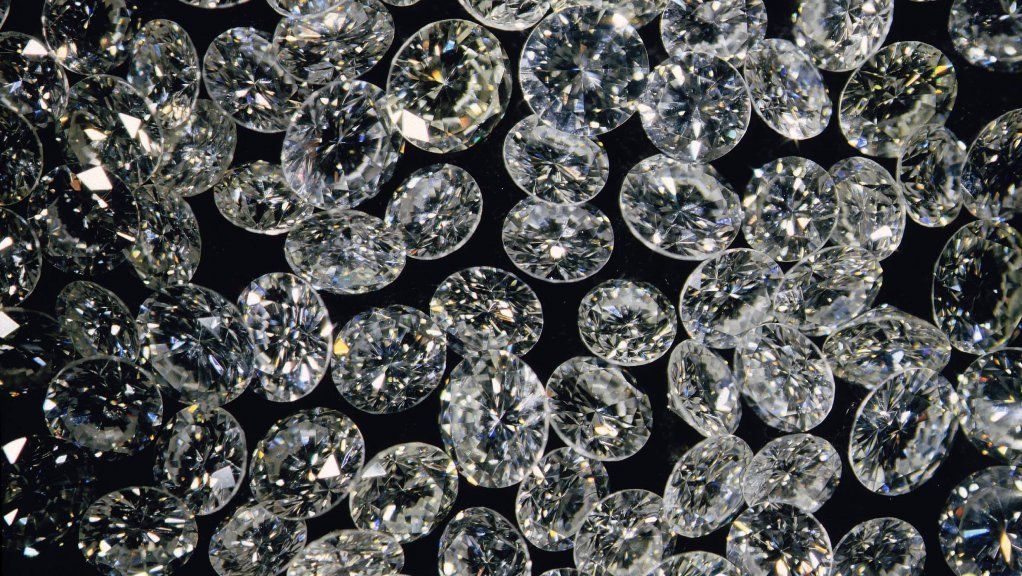 Enter Hawkman, a master-thief. He's from Algeria but he's a US citizen. He owns a baseball card collector store in DC. He's a patriot. He's also a lover of James Bond books and movies. Hawkman's real name is unknown, but he's considered America's most skilled professional thief. Some have joked that the CIA should hire or recruit Hawkman to do some infiltration work in Northern Ireland to deal with the finance institution terrorism activities going on between militant groups and police-military, a sort of theatrical solution to violence in the UK. Hawkman nevertheless is simply a great thief, and he wields very interesting weapons which he uses for his various bank robberies in the USA. President Biden considers this 'Hawkman' a modern-day 'anonymous' Dillinger. Incidentally, Hawkman loves water-guns. 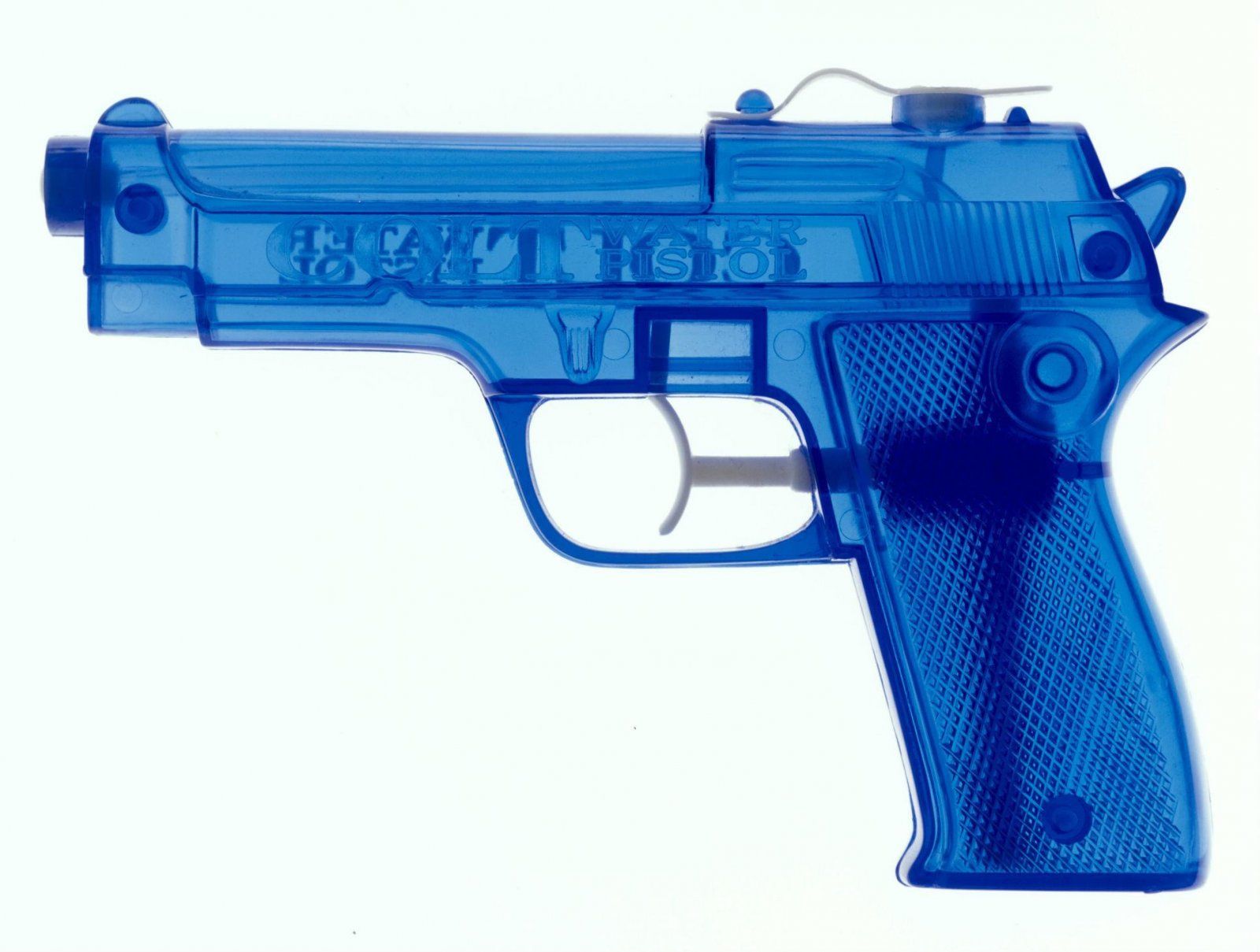 HAWKMAN: I'm going to steal diamonds from the First Bank in DC belogning to a corrupt Saudi prince linked to blood diamonds! 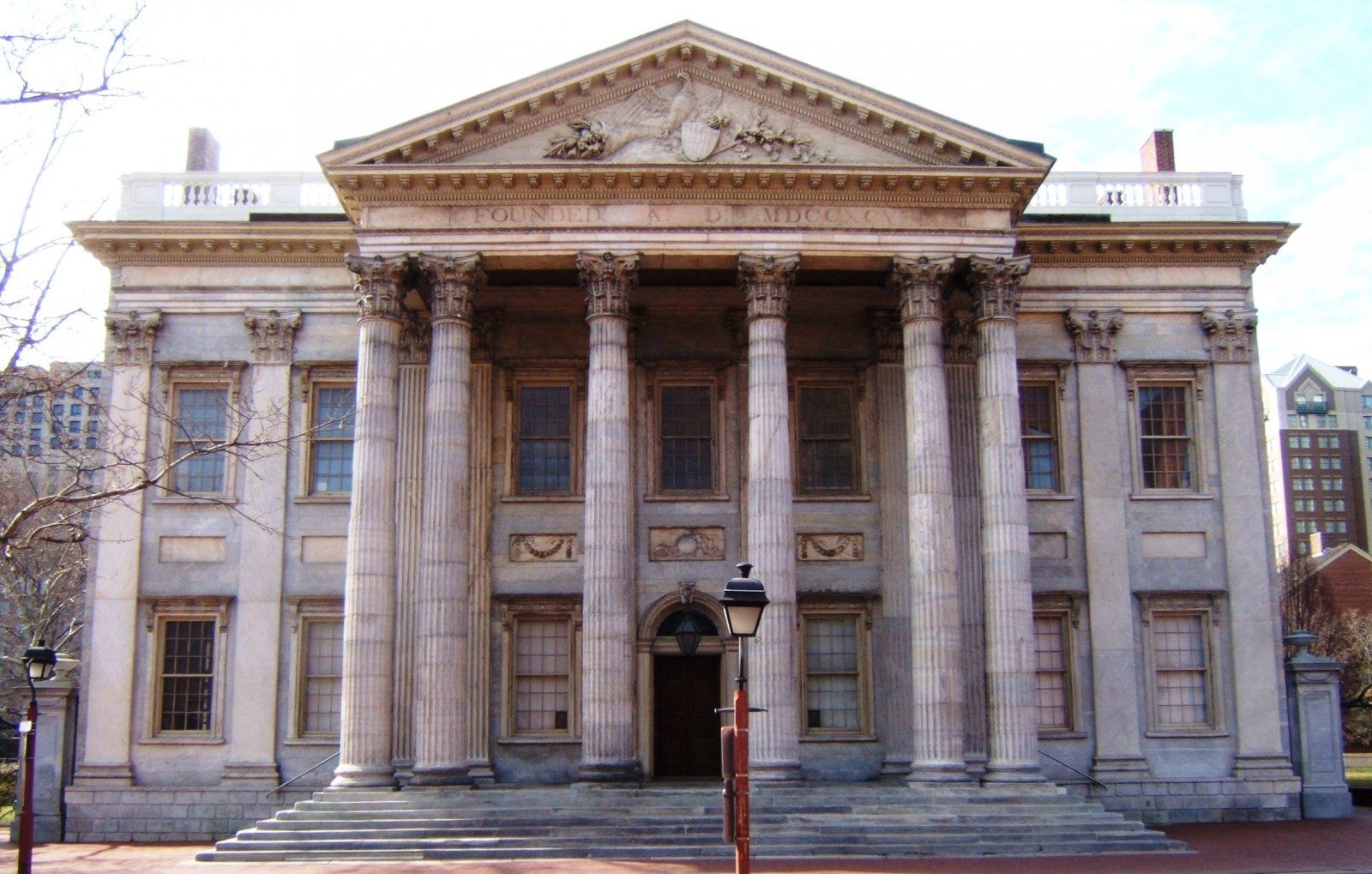 Now, the First Bank of the United States in DC is not a simple building. It's both rich and historic and boasts immaculate securities and a teriffic vault. The safe-box #445 belogning to corrupt Saudi prince Ali Fahd who's connected to blood diamonds is what Hawkman seeks now in DC. Only criminals in the underworld know about Ali Fahd's illicit activities, and Hawkman intends to throw a monkey-wrench into this equation with this diamond heist of the First Bank, an immaculate structure! 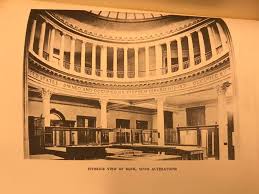 HAWKMAN: When you walk into this building, you get the feeling you're watched by the spirits of great American men. 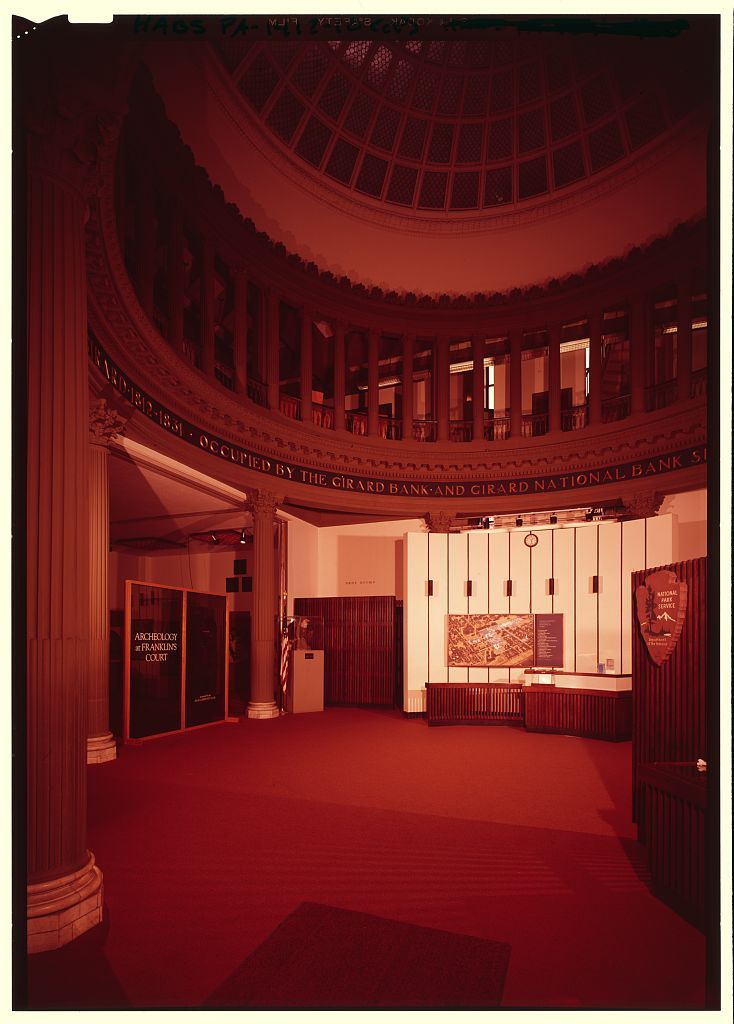 This is the ideal bank to invest in if you're a capitalism baron (e.g., Donald Trump), foreign investor (e.g., Ali Fahd), or American entrepreneur (e.g., Ted Wass). Wass is actually a regular visitor to Hawkman's baseball card store in DC. However, Wass has no idea it's his good merchant friend Hawkman who intends to perform this daring 'blood diamond heist' and then perhaps use some of the traded money to purchase an expensive Honus Wagner baseball card. However, Hawkman now only is focused on the swordsmanship required to achieve this daring feat in a very immaculate building in DC, the First Bank of the United States. 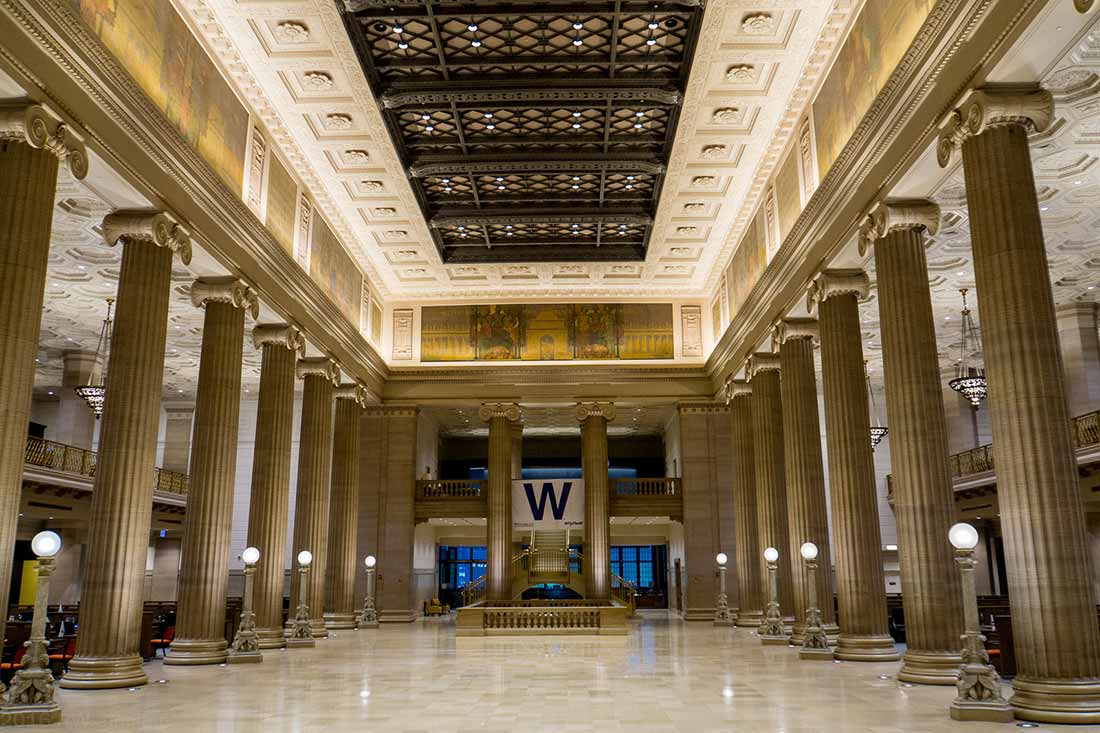 HAWKMAN: I'll be walking in wearing a head-gear and shades and claiming I'm a friend of Ali Fahd, linked to Interpol. 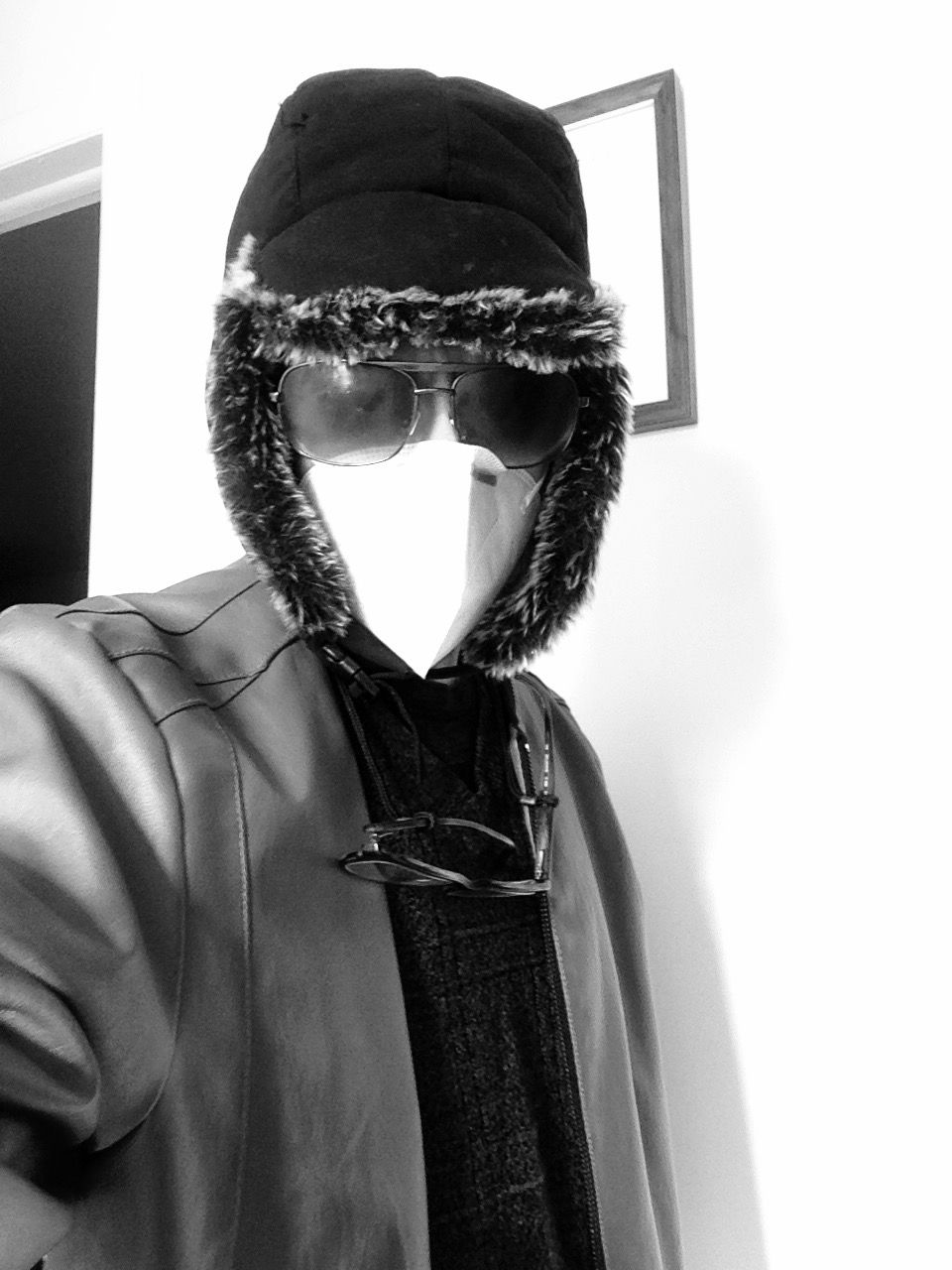 Hawkman enters the bank and tells what he intends to the client representative and bank manager. Hawkman tells them his name is Aman Rash and is from Saudi Arabia and is visiting DC on behald of Ali Fahd. Hawkman opens his briefcase and shows the bank reps his water-guns inside his briefcase, suggesting that Ali intends to invest in some toy companies in the DC area with his diamonds. Once escorted inside the vault room to inspect Fahd's diamonds under supervision, Hawkman reveals that one of his water-guns is filled with corrosive HCL acid! He then explains he's sent by Fahd to substitute some of the diamonds from Fahd's safe-box #445 with diamonds he's brought so he may confer with a diamond inspector and Interpol rep to determine if any of Fahd's gems have been sullied with blood diamond supplies. This is considered a very careful process by the bank reps. 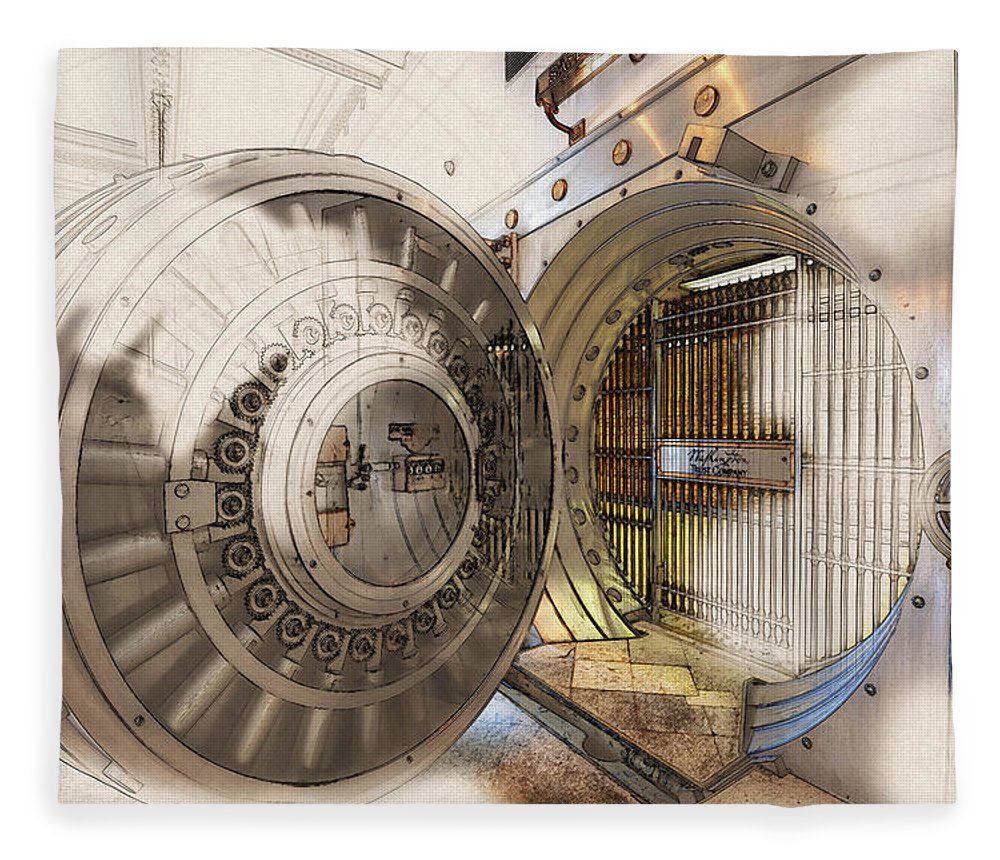 Meanwhile, an Italian-American policewoman named Kristen Manara who was formerly a street officer in Milan is currently working in DC as a lawwoman and is walking outside the First Bank of the United States while all this is going on inside with Hawkman and Fahd's blood diamond inspection. As a strange investor walks into the bank, Hawkman identifies him as the Interpol rep and hands him the diamonds to inspect alongside the bank rep while Hawkman exits the bank to rendez-vous with his own Fahd associate. Officer Manara notices Hawkman run out of the bank building with his briefcase and takes a quick photo of him with her handy-dandy iPhone! 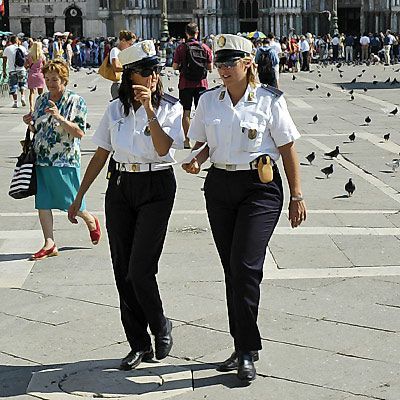 No one knows the strange investor who walked into the bank and was identified hurriedly by Hawkman as the Interpol inspector is not an Interpol rep yet. Meanwhile, Hawkman has dashed off with a handful of Fahd's blood diamonds in his briefcase while having handed the bank reps fake diamonds which he substituted, claiming it was all part of his blood diamond inspection that day. Hawkman rushes to trade some of the stolen blood diamonds in the black market area of DC that night and purchases a copper Lamborghini the next day with half of the assets and speeds off to JFK (airport!). 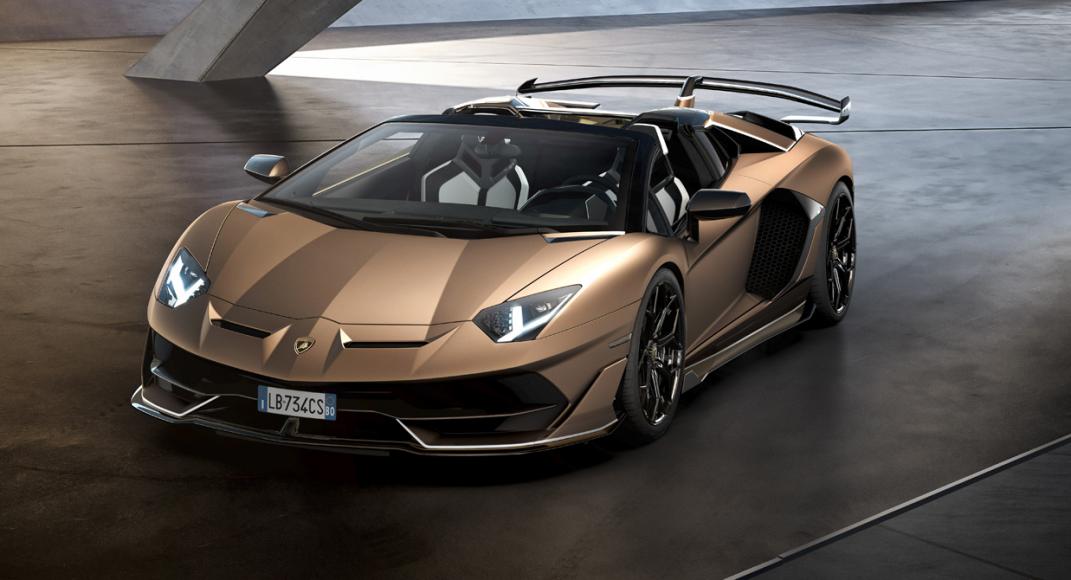 Hawkman has his Lamborghini transported to Amsterdam where he's settled down as a baseball card store owner, after closing down his earlier DC store and selling the deed to the building to DC capitalist Ted Wass. Hawkman is now enjoying the limelights of Amsterdam. He's already sent the Post a letter describing his infiltration work regarding the interference in the North American blood diamond highway. The Post declares this heist a feat symbolic of new age blood diamond underworld theatrics. 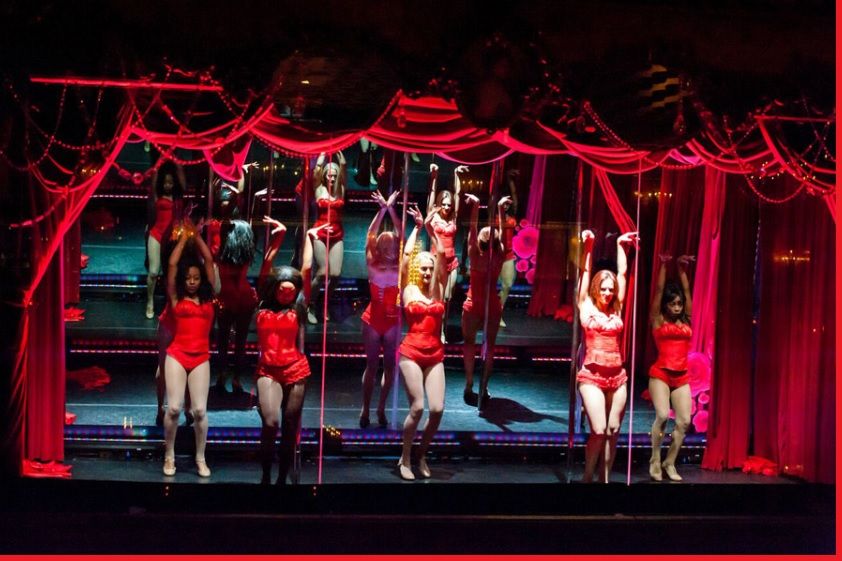 COMIC BOOK WRITER: Ironically, Hawkman has deflated some dark blood diamond mystique with his annoying interception of Fahd's diamonds from the First Bank of the United States, which is why we're commemorating all this new age blood diamond activity linked to very undesirable terrorism threatening homeland securities and foreign exchanges with a lavish Hawkman (DC Comics) issue about the nature of modern capital dangers. 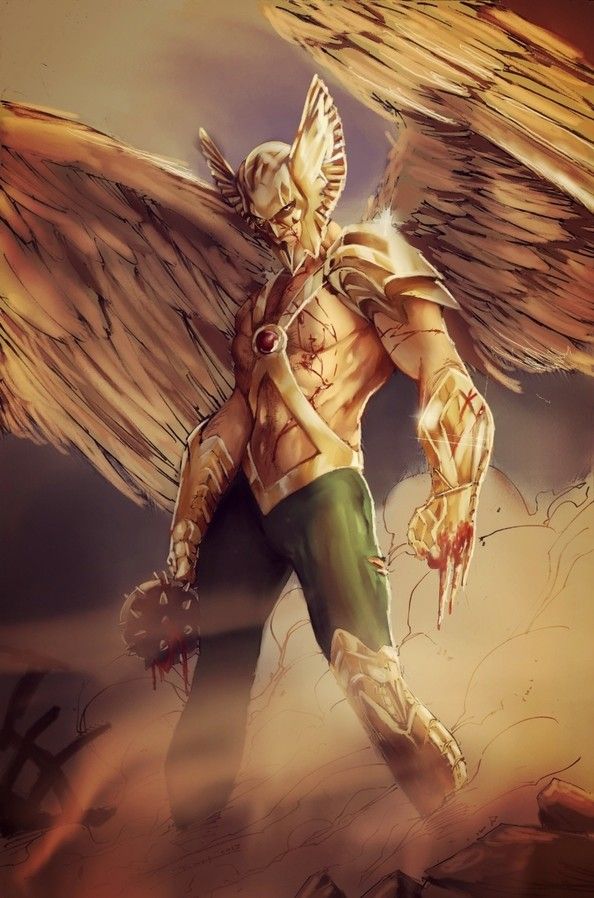 OFFICER MANARA: We hold fast to the ultimate conviction that Hawkman's a thief, regardless of his contributions to blood diamond interceptions in DC, and we're now investigating Prince Fahd's possible ties to the blood diamond insanity, and we've initiated a special Hawkman-inspired blood diamond DC 'Dianetics' project called MAD. 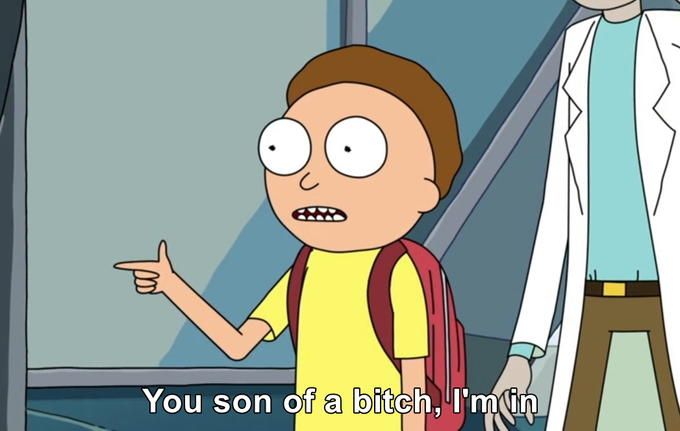 Why do some people get stimulus checks while others only pay for it?
6 7 8

Is there a single Leftist posting here who can tell the truth?