Great news for EU, terrible for Nigeria in snow " Gas prices in "russia (Muscovy) " were higher than in Europe"

Great news for EU, terrible for Nigeria in snow " Gas prices in "russia (Muscovy) " were higher than in Europe" We won brothers !!! , the Muscovite barbarian , aggressive, backward horde lost the war against us , its finito 1917/1991 for Pugebe and his Nigeria in snow 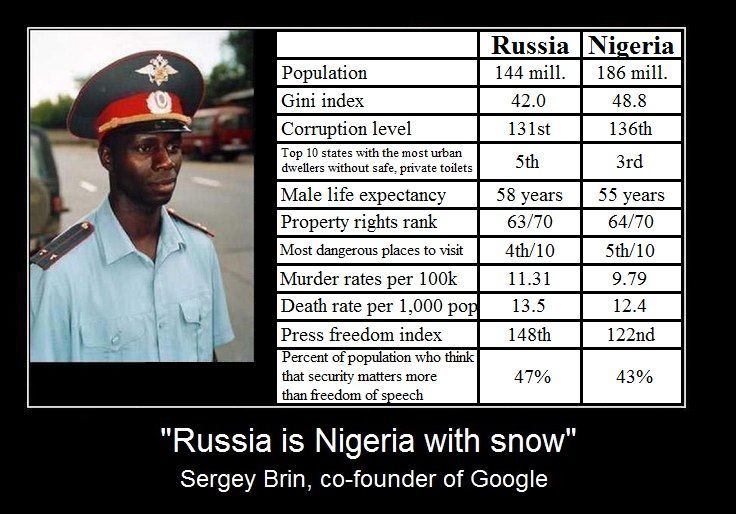 The fall in gas prices in Europe has led to the fact that its price in Russia has become higher than for European consumers. Such a ratio arises even taking into account the cost of transportation and export duty of 30%, according to RBC .

Prices for Europe's largest Dutch hub TTF on Wednesday, May 20, fell to 46-47 dollars per thousand cubic meters, although at the end of March were at $ 80.

In the Smolensk and Leningrad regions, the price of gas is around $ 60 per thousand cubic meters, although the cost is significantly lower in production sites.

The resource curse, also known as the paradox of plenty, refers to the paradox that countries with an abundance of natural resources (such as fossil fuels and certain minerals), tend to have less economic growth, less democracy, and worse development outcomes than countries with fewer natural resources.
Last edited: Wednesday at 11:36 AM
You must log in or register to reply here.
Share:
Facebook Twitter Reddit Pinterest Tumblr WhatsApp Email Link

L
Birx Needs to Go - Wants to Shut Down If Second Wave Hits.
2