Toddsterpatriot said:
As far as the cop who died, he wasn't beaten. AFAIK, he died of a stroke, unrelated to the riot.
None of the other people died because of the riot either.
Click to expand...

Well, I demur a bit.
I ain't following the story real close, so hardly hold myself out as well informed.

But, I have over the 7 or so weeks since the Insurrection seen any number of reports that do mention some officer's names. In fact, if memory serves, one of the major news groups offered a short interview with the officer who was being crushed by insurrectionists between that door. Same, I believe, with one of the two officers who were dragged down and beaten.

Well, I demur once again. First, Officer Sickinick (sp?) collapsed after battling for hours with insurrectionists. Several reports, like the Politico report above, suggest the chemical spray he was assaulted with was a contributing ....if not causal......factor in his collapse.

Then "none of the people"........again, I demur.
One, the QAnon woman who violently participated in entering the Speaker's Lobby chamber was shot and killed directly because of her participation in the insurrection. That was pretty newsworthy. I'm surprised you didn't see it. For example, this was reported:
"Federal prosecutors have arrested a Kentucky man who they allege was part of a violent crowd that stormed the House Speaker’s Lobby during the breach of the U.S. Capitol, smashing a window with a flagpole moments before Ashli Babbitt was fatally shot, court filings show.

An FBI charging affidavit alleges that Chad Barrett Jones is the man shown in video at Babbitt’s left on Jan. 6, wearing a red-hooded jacket and gray skullcap and striking the lobby door’s glass panels as a mob chanted “Break it down!” and “Let’s f-----g go!”

An then the woman, Boyland, was trampled on the steps in the violent assault on the police at that entryway. There is video of that. Whether she simply fell over dead because of other issues, or if she tripped or pushed to the ground and then trampled......I do not know. But she died 'because of the riot'.

So those are three that quickly come to mind-----Sickinick, Boyland, Babbit.
To be honest, it is difficult for me to understand the allegation that those three deaths were unrelated to the activities of that afternoon.

Here are two links. One is a short interview with Officer Daniel Hodges, who was being crushed in the door. The insurrectionist who grabbed his face mask and helmet while he was being crushed has been arrested, Patrick McCauhey of Connecticut.

The other link shows one of the officers beaten and then dragged down the steps by his chin-strapped helmet. 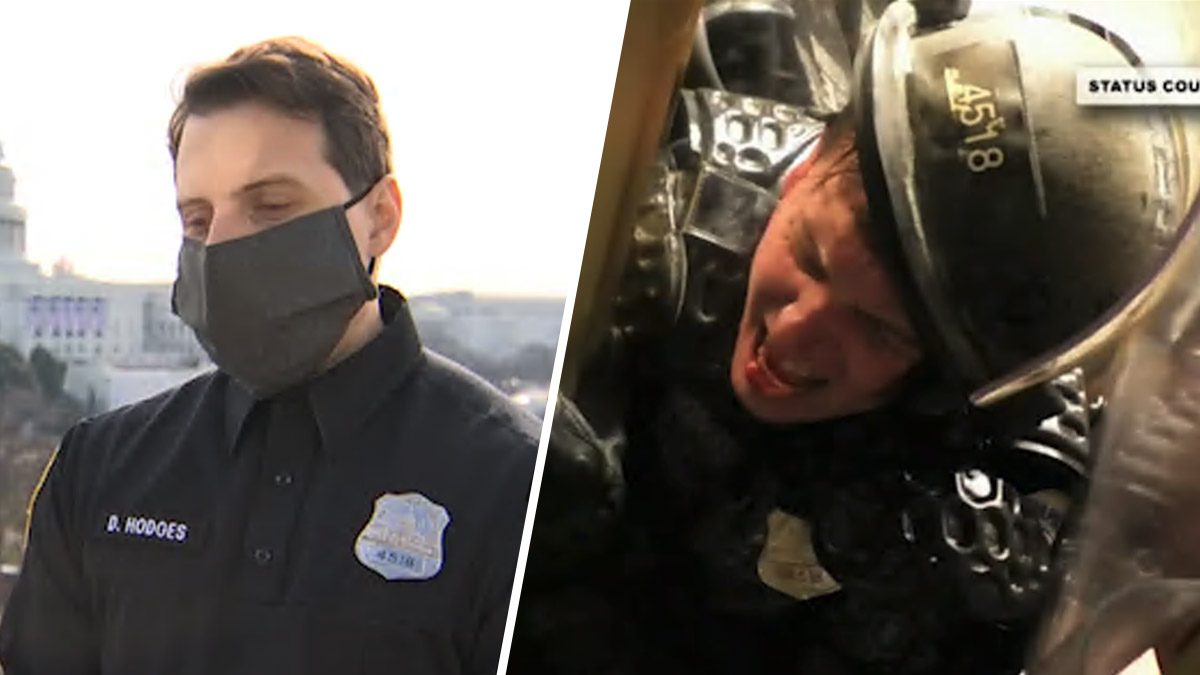 ‘I Would Have Done That For Free': DC Officer on Being Crushed Against Door During Capitol Riot

D.C. Police Officer Daniel Hodges’ bravery has gone viral with a video of him being crushed against a door during the U.S. Capitol riot. Hodges recalls how he was able to make it out alive.

www.nbcwashington.com
You must log in or register to reply here.

Remember Johnny Chung and the $300,000 donation to Clintons re-election campaign paid for by...

In the interesting circus called "Blacks and the Rule of Law", which will occur first:

Stealing from White Folks could really help a lot of Blacks!

C
...PBS/Frontline and that Insurrection brouhaha...
2 3

A moment ago
Silver Cat