george floyds murals what artists want you to learn by them 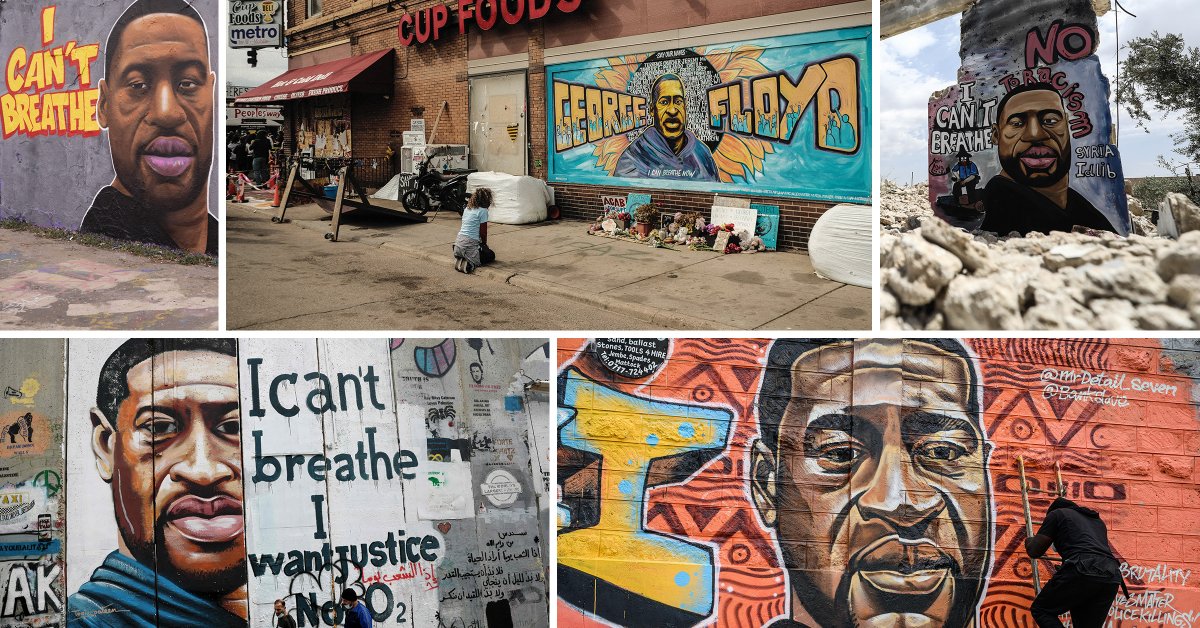 that he is ugly lol lol lol
OP

someone wrote black lives dont matter on one them. cant not find picture now. must have been fixed.

that he is ugly lol lol lol
Click to expand...

Each one needs a warning DON'T LET THIS HAPPEN TO YOU. IF STOPPED, COOPERATE, SHUT UP, GET IN THE DAMNED CAR AND SAFELY TRANSFERRED TO A CELL, SO YOU CAN SUE THE HELL OUT OF THEM LATER, BUT STILL BE ALIVE TO DO IT. Sponsored by Black Lives Matter. Send donation to 545 Easy street, Beverly Hills, Ca or drop them off at same address, 3rd mansion on the extreme left, all donations tax-deductible if you can afford a decent accountant

They forgot to paint in his long arrest record and his long running narcotic drug abuse and his jail/prison times.

He stated he couldn't breathe many times long before he was put on the ground and kneed which actually shows symptoms of Fentanyl overdose.

He isn't a hero to me I think Jackie Robinson, Booker T. Washington, Fredrick Douglass, Harriet Tubman, Martin Luther king are real heroes.
“A theory that is not refutable by any conceivable event is non-scientific.” – Karl Popper

"The climate system is a coupled non linear chaotic system, and therefore the long-term prediction of future climate states is not possible" --- IPCC

A Floyd mural here in Toledo got stuck by lightning and destroyed, so we know what God thought about that mural. 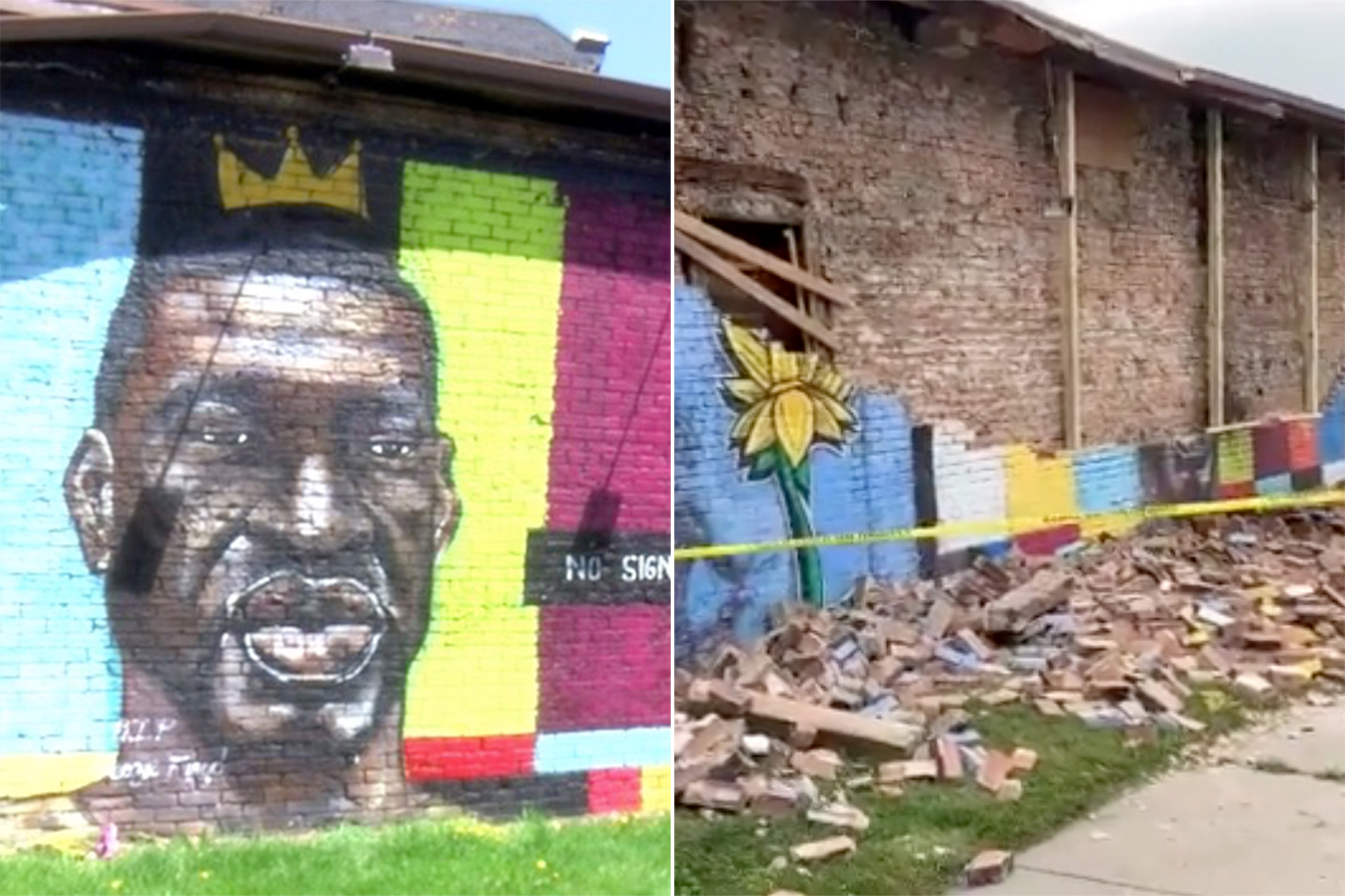 When researching any subject via the internet that is even tangentially related to politics, in order to eliminate 90% of the fake news, always copy and paste the following into the Google search box after your search terms. It works like a charm.

Muhammed said:
A Floyd mural here in Toledo got stuck by lightning and destroyed, so we know what God thought about that mural.

That's what happens when you deify career criminal junkies. God gets pissed.

"My vote was stolen from me...until that is righted I will remain an asshole... " -- Rambunctious
" The guy who wants government to dictate what everyone does has no business calling anyone else fascist." -- daveman
"Never fuck with someone who is not afraid to be alone. You will lose every single time."
"I'm getting sick and tired of people who are unvaccinated. I wish them to all die and also to bypass the hospitals. Die at home."--Penelope, Jan 18th 2022
OP

Muhammed said:
A Floyd mural here in Toledo got stuck by lightning and destroyed, so we know what God thought about that mural.

is this the one they also wrote black lives dont matter on?

No one believes monkeypox is not going to suddenly mutate, right? It's all lies.

Awe... Francis Cares About the Children

M
Goya Foods CEO: We are under attack by our own government

Republicans Have No Plan to Fix Inflation
37 38 39

Do babies have more of a right to life, than the mom has to kill her baby?
3 4 5