this is the Progressive/Democrat party in a nutshell. you vote for these JERKS TO REPRESENT YOU? they could care LESS what any of you want.
The one Democrat who voted the way his constituents asked he gets BEAT DOWN.

snip:
How dare Representative Scott to have the audacity of listening to his constituents instead of the Overseers in the CBC.

Rep. David Scott sat through a tongue-lashing from his Democratic colleagues Friday afternoon after casting one of the caucus’s few yes votes in favor of a three-week funding bill for the Homeland Security Department.

Seated in front of the fireplace in the House Speaker’s lobby—a position he’d held most of the afternoon—Scott suddenly found himself on the receiving end of a tirade from Rep. Corrine Brown. “You are making a mistake!” Brown shouted, in full view of reporters. “The strength of the wolf is in the pack. You are voting with these damn Republicans! What is wrong with you?”

Scott pleaded that he had to vote for his constituents, only to find Rep. John Lewis on the other side of him, saying that he too had plenty of DHS workers in his district. Soon, Congressional Black Caucus Chairman G.K. Butterfield and Rep. Emanuel Cleaver joined the huddle, begging Scott to change his vote.

“I’m not voting with them,” Scott said, meaning Republicans. “I’m voting for my district.” Butterfield countered: “You’ve been here 16 years. You can explain.”
All of it here:
GA Dem Votes With The GOP On DHS Short-Term Funding Extension Verbally Assaulted By CBC Weasel Zippers
Last edited: Feb 28, 2015
OP 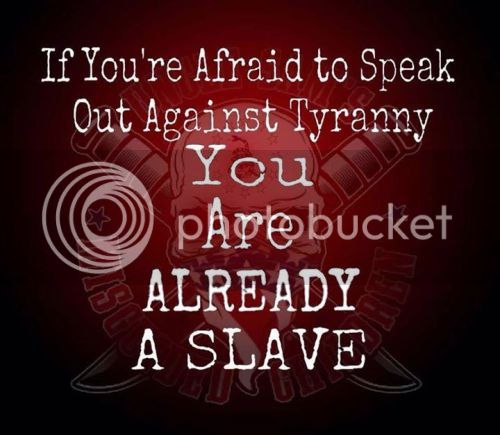 Love seeing the dems and repubs tearing each other apart...sooner this shit collapses the better for the US as a whole.

Odium said:
Love seeing the dems and repubs tearing each other apart...sooner this shit collapses the better for the US as a whole.
Click to expand...

Odium said:
Love seeing the dems and repubs tearing each other apart...sooner this shit collapses the better for the US as a whole.
Click to expand...

The Democreeps are self-destructing as has been predicted after the mid-terms. Gonna start a suicide watch?

It seems doing the job your constituents expect can be dangerous in the commiecrat world.

Democrat congress-critters need to understand they have no "constituents" - there is only the party. Ever.
You must log in or register to reply here.

Chauvin incident/trial/verdict a big nothing burger
4 5 6

For those that argue black men died because they resisted police...
7 8 9

Gun experts: Is there a gun that fires bullets that incapacitate but do not kill?
2