In August of 1896, a book titled “The Race Traits and Tendencies of the American Negro,” written by Frederick Hoffman, hit the streets of America. Hoffman was a statistician for Prudential Insurance. He wrote the book to justify higher life insurance premiums charged to African Americans at that time. Here is his reason:

"All the tables for various states and cities confirm the census data and show without exception that the criminality of the negro exceeds that of any other race of any numerical importance in this country."
-Frederick Hoffman

In this book, Hoffman used the racial proportion argument to base his claims of black criminality. His claim was that due to traits inherent to blacks, the black race was dying off faster, was more violent, committed more crime, and had a higher rate of illegitimate birth rates than whites. Please remember that his study was published in 1896, and in 1896, black codes, vagrancy laws, and convict leasing were in full effect. But that didn’t matter to Hoffman; blacks simply had a natural propensity for crime and immoral behavior. He presented what is now the age-old claim of high black violent crime and rape. Never mind that in 1896 a black person could get accused of crimes they did not commit, get arrested, tried, and found guilty even when evidence showed they were innocent of the crime. He even denies that race had anything to do with lynchings. Black leaders of that time almost immediately criticized his findings.

W.E.B. DuBois wrote a scathing critique of Hoffman’s work in a review published in the January 1897 volume of “Annals of the American Academy of Political and Social Science.” Dubois found severe errors in Hoffman's work. He begins by questioning the source Hoffman used for his analysis, the Eleventh Census of the United States. "In the Eleventh Census, Mr. Hoffman expresses great faith, and thinks it as reliable as any of the previous enumerations. There nevertheless exists in the minds of many scholars grave doubts as to the accuracy of a large part of this census, and a disposition to base few important conclusions on its results. To this extent, therefore, many of Mr. Hoffman's conclusions will be discounted. The anthropological material collected at war-time is of undoubted value, if, as Dr. Gould himself points out, the student remembers that they relate to one sex only, and to the most healthful years. Finally, in all deductions drawn from the vital statistics of large cities, the student must know that only in recent years are these figures reliable, and that they give little or no clue to conditions in the country where over three-fourths of the Negroes live."

In his review, Dubois found numerous errors in sampling and logic. He points out Hoffman's mistakes in understanding the impact of slavery on blacks and the response young blacks had at that time to the obstacles put in front of them due to white racism. Hoffman argued that what was happening was due to traits inherent in the black race. Dubois argued that circumstances and conditions were the cause. His argument boiled down to this: the root cause of the problems blacks faced was white racism. Dubois contrasted the death and illegitimacy rates of American blacks presented by Hoffman to rates in European cities. Dubois debunked Hoffman's claim by showing that blacks' death and illegitimacy rates in the American cities Hoffman used for his study were lower than, Paris, Rome, Munich, Vienna, Stockholm, Paris, and Brussels. Like some in the white community today, Hoffman ignored the systemic racism of that time as a causal factor. DuBois concluded:

"To comprehend this peculiar and complicated evolution, and to pronounce final judgment upon it, will take far greater power of analysis, niceness of inquiry, and delicacy of measurement than Mr. Hoffman brings to his task. In the absence of such an investigation, most persons will persist in seeing in the figures which Mr. Hoffman himself adduces, grounds for great hope. Rome, Munich, Vienna, Stockholm, Paris and Brussels have all shown in recent years more startling percentages of illegitimacy than the Negroes of Washington; while the Negroes of Rhode Island showed a rate of only five per cent of illegitimate births in 1890. The criminal statistics raise the whole question as to how far black and white malefactors are subjected to different standards of justice. The record of poverty is not startling for a people who started practically penniless a generation or two ago. On the other hand how much of toil, self-denial and patience does the fifteen millions of Negro property in Georgia represent, or the 833,000 acres of Virginia soil?

To sum up briefly, the value of Mr. Hoffman's work lies in the collection and emphasis of a number of interesting and valuable data in regard to the American Negro. Most of the conclusions drawn from these facts are, however, of doubtful value, on account of the character of the material, the extent of the field, and the unscientific use of the statistical method."

Another black leader, Kelly Miller, also evaluated Hoffman's study and had similar criticisms. Again, he cites that the significant error in Hoffman's work was that he assigned the cause of the problems to an inherent racial trait in blacks rather than the circumstances and conditions blacks faced at that time. Miller made the following conclusions of Hoffman's work:

The author’s conclusion will not stand the philosophical tests of a sound theory.

1. It is based upon disputed data. The accuracy of the eleventh census is not acceptable either to the popular or the scientific mind.

2. It is not based upon a sufficient induction of data. The arguments at most apply to the Negroes in the large cities, who constitute less than 12 per cent of the total population.

3. It does not account for the facts arranged under it as satisfactorily as can be done under a different hypothesis. The author fails to consider that the discouraging facts of observation may be due to the violent upheaval of emancipation and reconstruction, and are, therefore, only temporary in their duration.

Hoffman’s findings are part of a long tradition of denying the overall impact of racism upon people of color, specifically blacks. His claims sound eerily similar to “black culture” claims made by today’s white racist subculture. Hoffman's racist views on blacks further mainstreamed a belief that crime and violence are inherent traits in black people. The remnants of such madness continue in books such as “The Bell Curve,” studies such as “The Color of Crime,” or the belief that black men are violent and dangerous. While they continue teaching their children the same racist beliefs as their grandparents, we hear the wailing primarily from the right about how they should not be blamed for what their grandparents did. 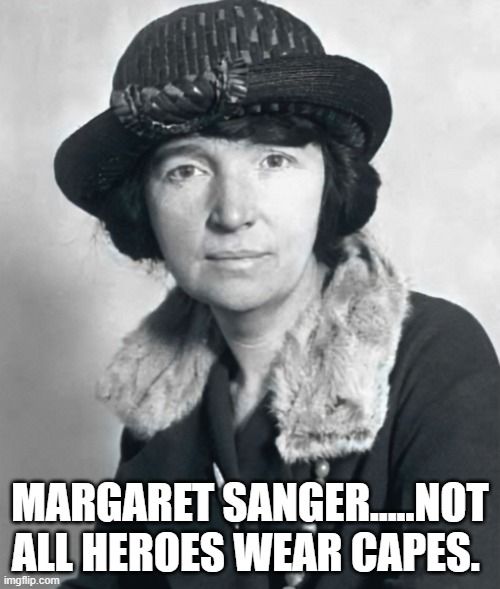 Hoffman was a German born promoter of "eugenics" in the late 19th century and so was former Princeton professor, democrat Woodrow Wilson in the early 20th century. Eugenics evolved into Planned Parenthood in the U.S. and the Holocaust in Germany. What's the point again?

1896! And true to this very day.
Joe and the Ho gotta Go
A storm is coming
Voting is violence

OP never stops lying, ever.
I identify as a pissed off American.
You must log in or register to reply here.

"I am not worried about the deficit. It is big enough to take care of itself." Ronald Reagan...

Zone1 The History of the Lie About Black Violence

Wilmington 1898: When white supremacists overthrew a US government
2 3

A moment ago
Crick

Why Would Biden Trust Iran Regarding Nukes When They Are Literally Gunning Their Own People Down In The Streets?
5 6 7

A Broader Look At Climate Change
2