I know you're going through quite a lot so I'm posting your guys here to take your mind off life for a few seconds. They were practicing for the weekend when I attended the Sun And Fun Air Show in Lakeland , Florida. The weather was dicey and they weren't quite as tight as they are for their actual show but thought you might enjoy seeing them. The United States Air Force rocks!
I hope things get better for you. 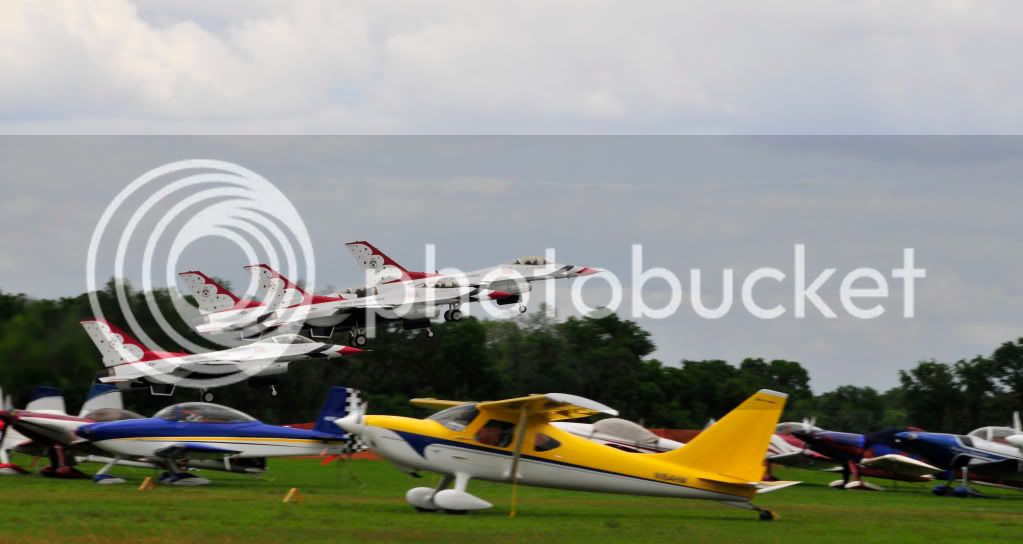 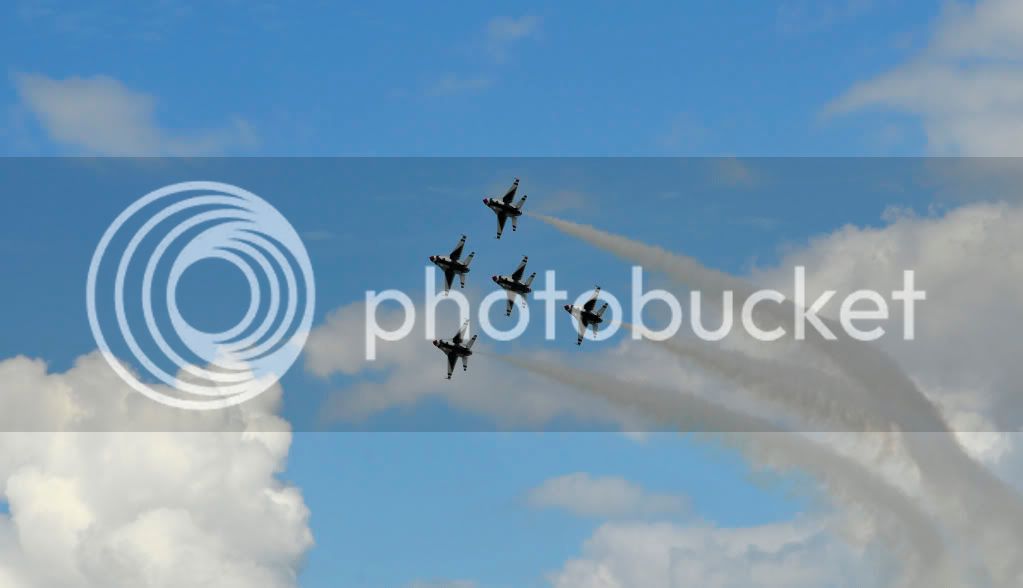 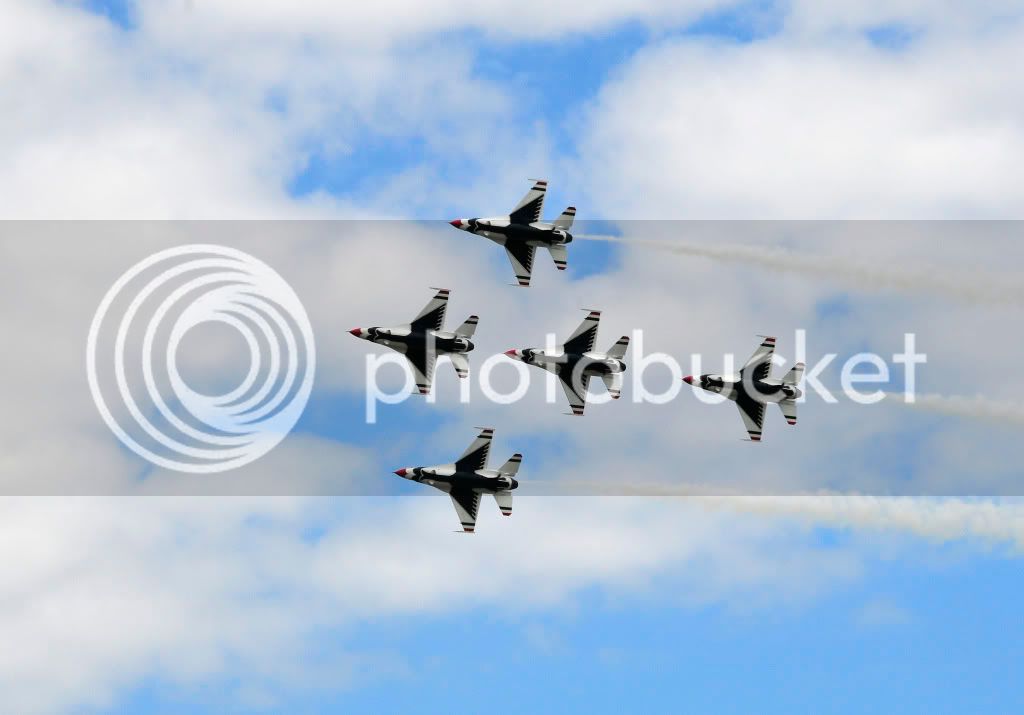 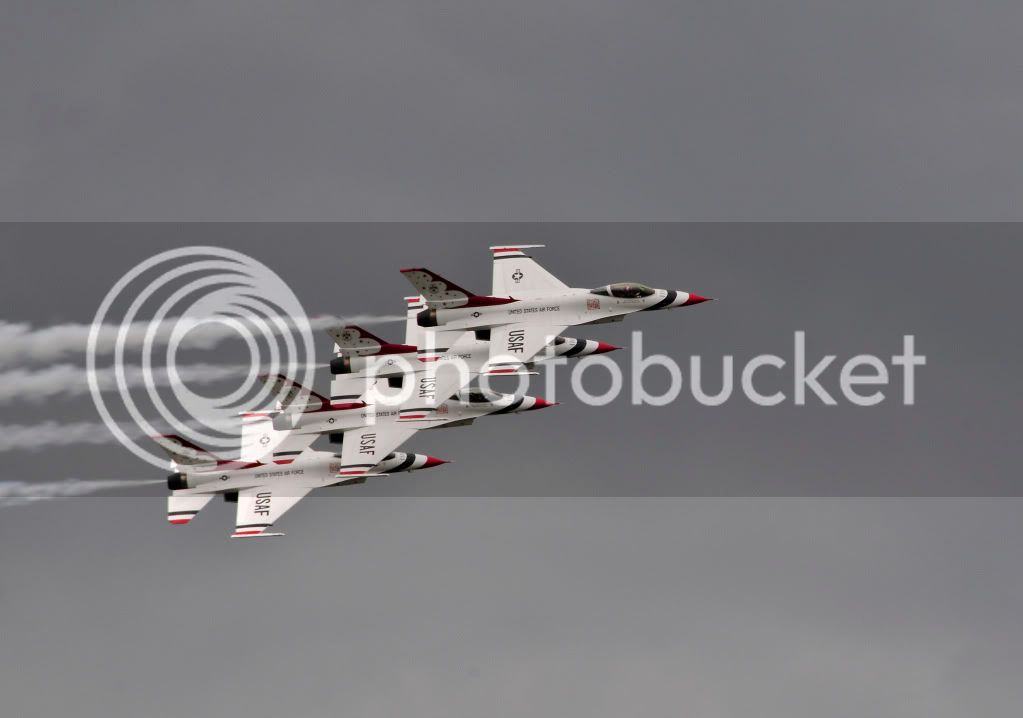 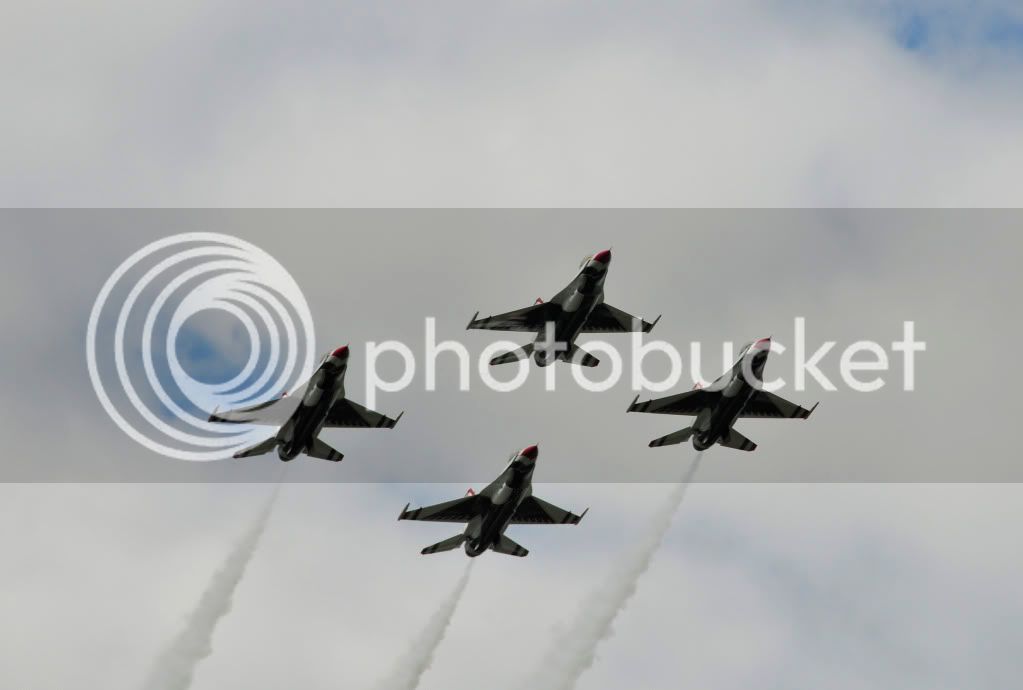 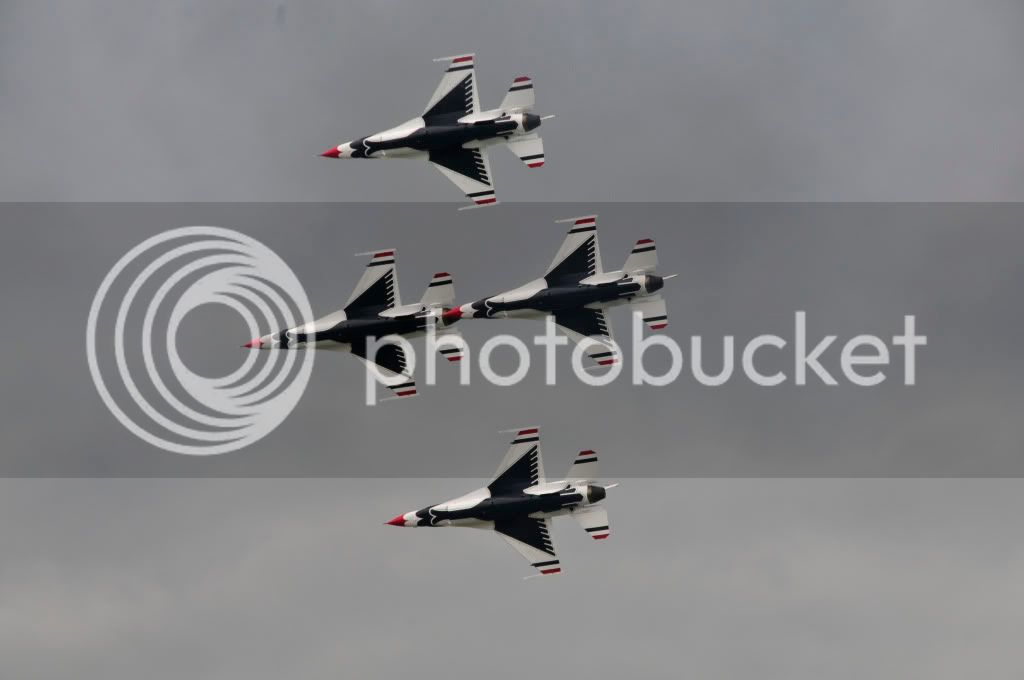 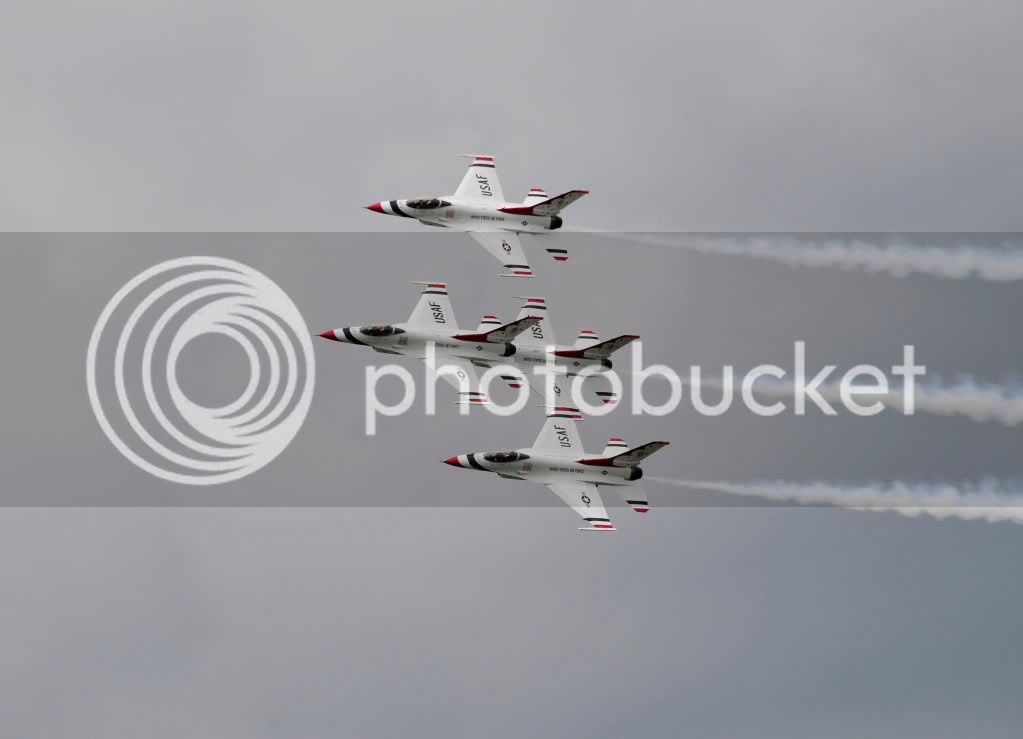 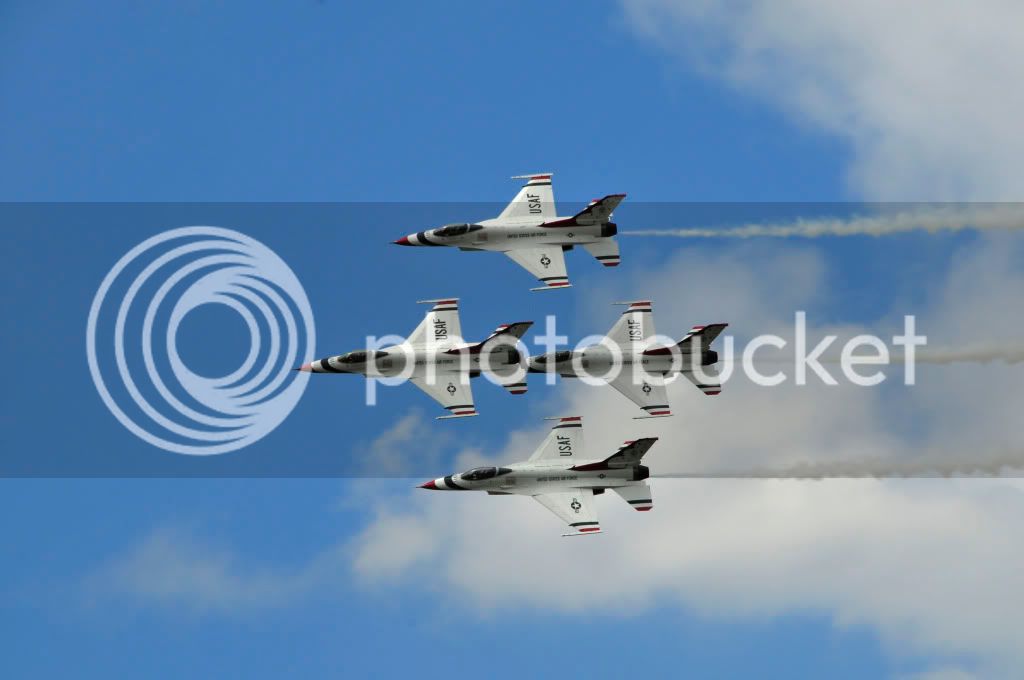 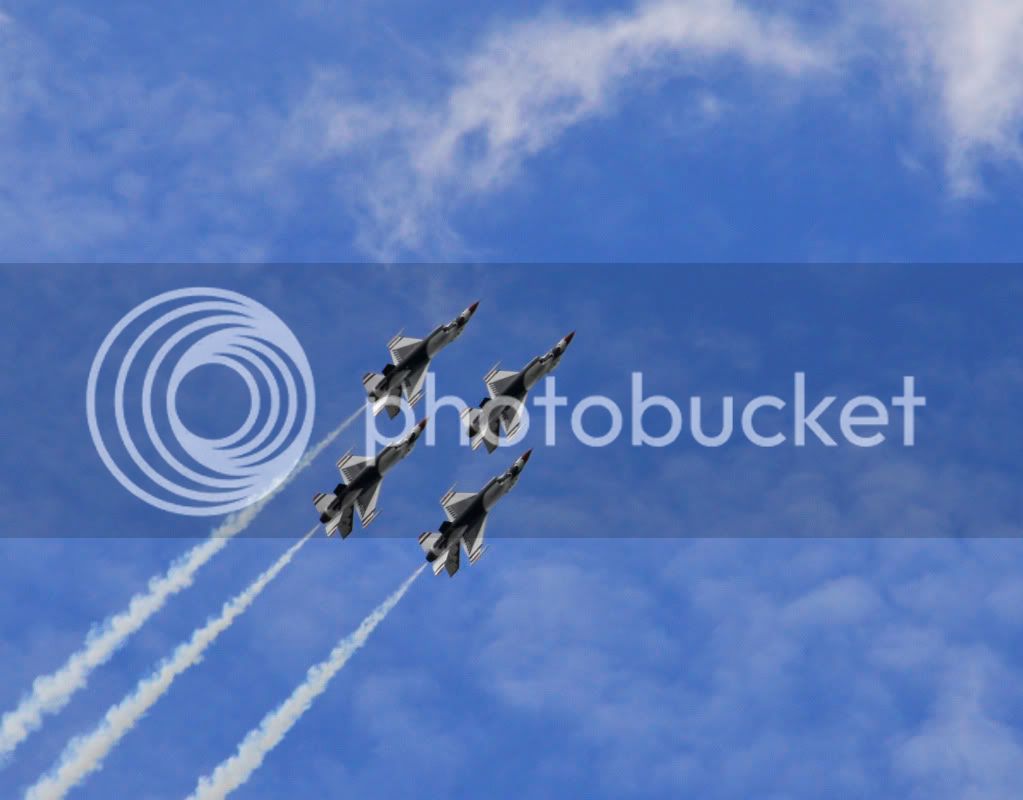 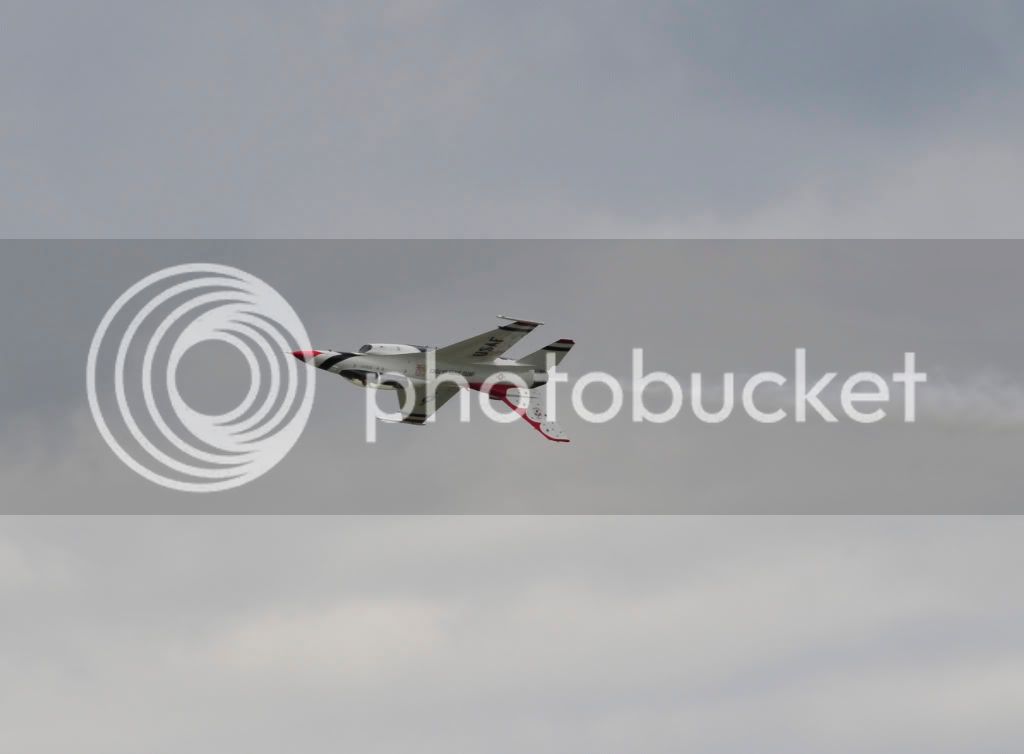 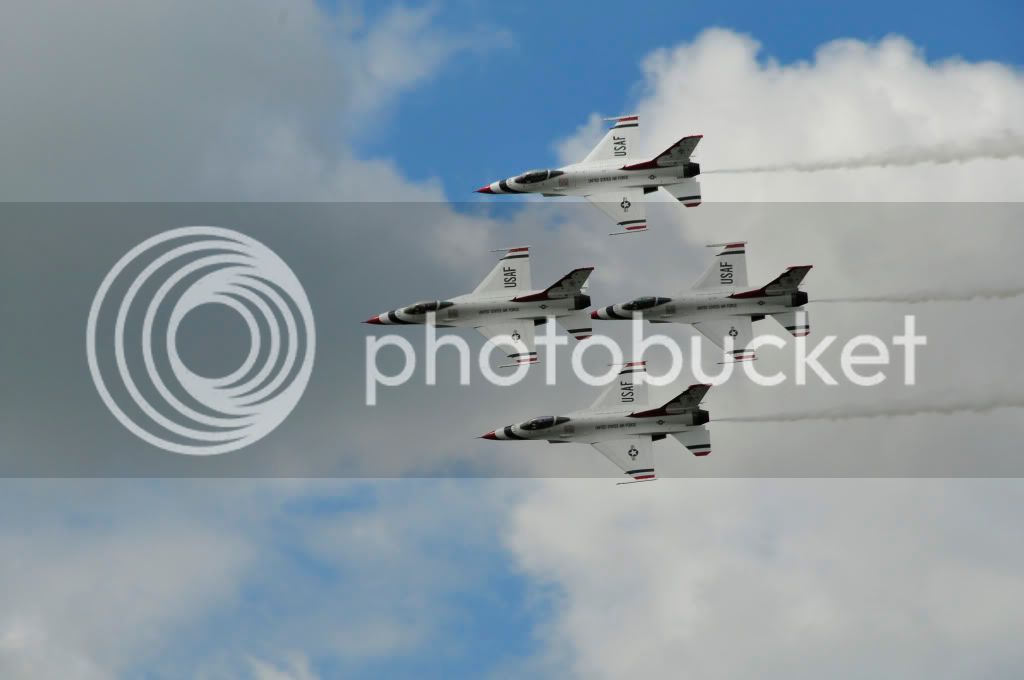 Maj. Stephen Del Bagno was participating in a routine training flight at the Nevada Test and Training Range when the crash occurred at approximately 10:30 a.m. local time, the Thunderbirds said in a release. The accident is under investigation. "We are mourning the loss of Major Del Bagno," said Brig. Gen. Jeannie Leavitt, 57th Wing commander, in the release. "He was an integral part of our team and our hearts are heavy with his loss. We ask everyone to provide his family and friends the space to heal during this difficult time." Del Bagno was the slot pilot flying the No. 4 jet for the Thunderbirds, according to the team's website.

Before joining the team, Del Bagno was an F-35A Joint Strike Fighter evaluator pilot and chief of standardization and evaluation with the 58th Fighter Squadron at Eglin Air Force Base, Florida. The Valencia, California, native had more than 3,500 flying hours in over 30 different aircraft, with 1,400 hours as an Air Force pilot, his official biography said. Del Bagno commissioned out of Officer Training School at Maxwell Air Force Base, Alabama, in 2007. He was in his first season with the demonstration team. 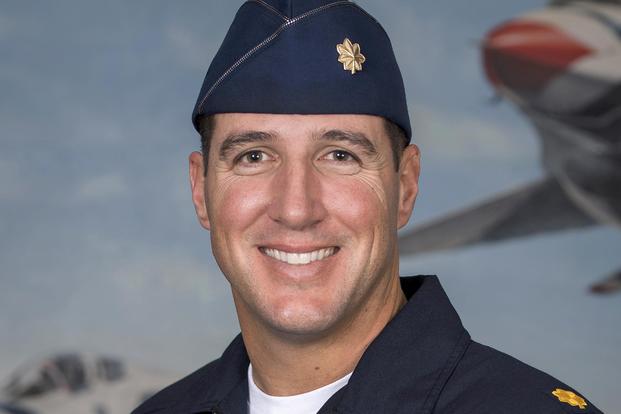 Maj. Stephen Del Bagno was killed in a crash near Nellis Air Force Base, Nevada, on April 4, 2018.​
The team was slated to perform this weekend at March Air Reserve Base, California, the website said. "The team's participation at 'The March Field Air & Space Expo' has been canceled," Nellis said in a release Wednesday. "It is unknown how this accident will impact the remainder of the 2018 Thunderbirds season." The Thunderbirds, the Air Force's premier traveling demonstration team, are assigned to the 57th Wing at Nellis. The team flies the Block 52 variant F-16C and D models. The single-engine, multirole F-16, known as the "Viper" throughout the fighter community, has been the mainstay of the Thunderbirds for decades. Last summer, the team took its first overseas trip since 2011.

Wednesday's crash marks the third mishap for the Thunderbirds in the last three years. There have been nine "class A" mishaps involving the F-16 since the start of fiscal year 2016. In seven of the mishaps, aircraft were completely destroyed, according to aviation statistics from the Air Force Safety Center. Class A mishaps include fatal accidents, severe damage totaling millions of dollars, or a complete loss of the aircraft. Nellis has F-16C and F-16D models, Blocks 25, 32, 40, 42 and 52, spokeswoman Maj. Christina Sukach told Military.com on Wednesday.

Cuomo to send National Guard to take ventilators from hospitals.
2

If we do not turn our love of self to our hate of self, we are bound for our near extinction.

1 minute ago
bluzman61
B
View more…