ATLANTA, Aug 28, 2011 (IPS) - The first-ever audit of the U.S. Federal Reserve has revealed 16 trillion dollars in secret bank bailouts and has raised more questions about the quasi-private agency&#8217;s opaque operations.

"This is a clear case of socialism for the rich and rugged, you&#8217;re-on-your-own individualism for everyone else," U.S. Senator Bernie Sanders, an Independent from Vermont, said in a statement.

The majority of loans were issues by the Federal Reserve Bank of New York (FRBNY).

"From late 2007 through mid-2010, Reserve Banks provided more than a trillion dollars&#8230; in emergency loans to the financial sector to address strains in credit markets and to avert failures of individual institutions believed to be a threat to the stability of the financial system," the audit report states.

"The scale and nature of this assistance amounted to an unprecedented expansion of the Federal Reserve System&#8217;s traditional role as lender-of-last-resort to depository institutions," according to the report.

The report notes that all the short-term, emergency loans were repaid, or are expected to be repaid.

Overall, the greatest borrowing was done by a small number of institutions. Over the three years, Citigroup borrowed a total of 2.5 trillion dollars, Morgan Stanley borrowed two trillion; Merryll Lynch, which was acquired by Bank of America, borrowed 1.9 trillion; and Bank of America borrowed 1.3 trillion.

"No agency of the United States government should be allowed to bailout a foreign bank or corporation without the direct approval of Congress and the President," Sanders wrote. 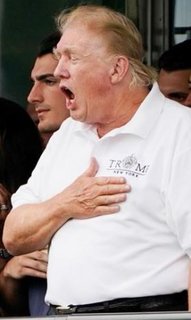 Bush bailed out bank of america

S
Federal SBA granting, rather than lending up to$10,000 to each favored enterprise?