will trump still trust putin´s words about his non involvement in the USA election-politic ? 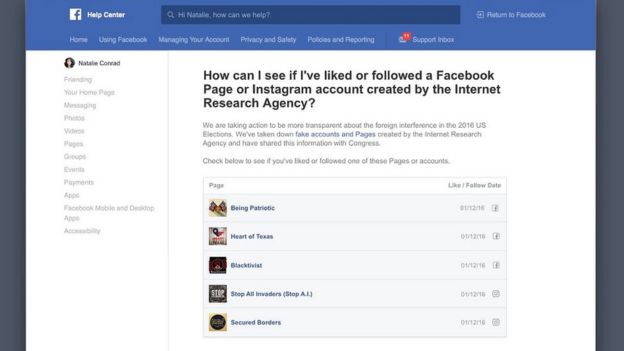 Facebook plans to let people see if they had "liked" pages created by "foreign actors" to spread propaganda during the US presidential election.

The social network has previously said as many as 126 million Americans may have seen content uploaded by Russia-based agents over the past two years.

It is building a tool to let people see whether they had followed now-deleted pages made by the Russia-based Internet Research Agency.

The tool will be launched in December.

Many of the pages such as Heart Of Texas, Being Patriotic and Secured Borders were designed to look like they were created by US citizens. 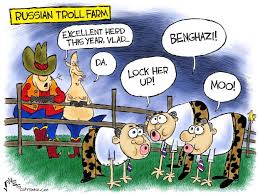 The Russians know that American wingers will believe pretty much anything if it fits their political agenda.

This must be great fun for them, watching us "like" this stuff.
OP

Mac1958 said:
The Russians know that American wingers will believe pretty much anything if it fits their political agenda.

...I looked at a Facebbok page and suddenly decided to flip from Hillary to Trump, said nobody ever
You must log in or register to reply here.

Trump campaign picking up where the Russians left off.
2

Why the right wing has a massive advantage on Facebook
2

Why Do Whites Think They Can Tell Us What The Problems in Black America Are?
4 5 6

New update is trash. I just got used to the last update which also sucked.
2 3