I think it's wonderful when doctors give their time to help children such as these. 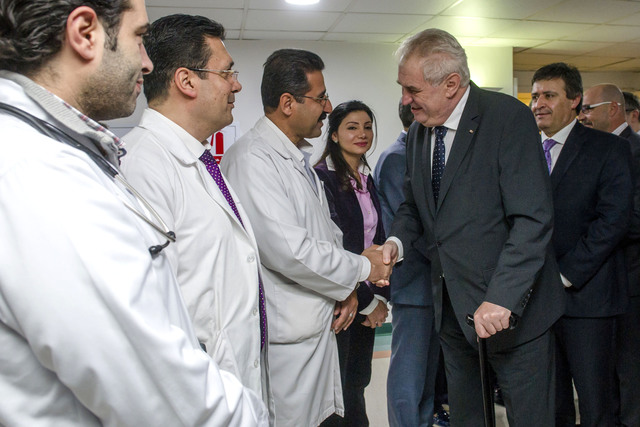 
The surgeries will be covered from the Czech Medevac humanitarian programme.

President Milos Zeman, who is on a visit to Jordan these days, met the Czech medical team and its small patients in a local hospital today.

"Our team from the child cardiac centre of the Prague-Motol Teaching Hospital has been here for the third time," Tlaskal said.

The Czech surgeons have already operated on 16 kids mainly from Syrian refugee camps.

Primarily children with intermediate heart disorders were selected for the operations, Tlaskal said.

Czech doctors help Syrian children in Jordan - esk Noviny.cz
You must log in or register to reply here.

S
Wounds from war: Inside the Medecins Sans Frontieres' medical facility in Jordan

Q
Are apartments supposed to check for fire codes

Why Do Whites Think They Can Tell Us What The Problems in Black America Are?
4 5 6

New update is trash. I just got used to the last update which also sucked.
2 3