Canada’s Air Force One is grounded 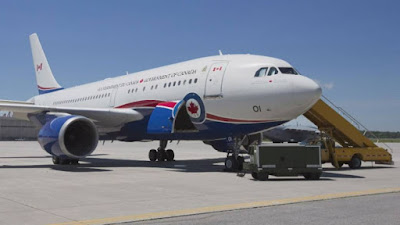 Began rolling on its own, right over the chocks and into a tow tractor.

It’s an Airbus converted for use by the Canadian military. The damage was so extensive that it won’t fly again until Aug 2020 – if at all.

And one military source with knowledge of the aircraft is questioning not only why the aging plane is being replaced — but whether it should ever fly again..

E
"everything under control""
2

A prime example of why not to vote Republican!

Media Matters Takes a Shot at Mike Rowe, He Nails Them Big Time.

A moment ago
Olde Europe