Some Democrats are apparently not waiting for Barack Obama to lose the presidential election before starting the inevitable recriminations about whose fault it was. Whether writing strictly on his own hook or as a result of conversations with campaign officials, New York Times political writer Matt Bai has fired the first shot in what may turn out to be a very nasty battle over who deserves the lion&#8217;s share of the blame for what may turn out to be a November disaster for the Democrats.
Click to expand...

In the absence of a corpse it looks like Bill Clinton is going to take the fall:

Bai&#8217;s choice for the person who steered the president wrong this year is none other than former President Bill Clinton, who has widely been credited for having helped produce a post-convention boost for the Democrats. Clinton&#8217;s speech on behalf of Obama was viewed, with good reason, as being far more effective than anything the president or anyone else said on his behalf this year. But Bai points to Clinton as the primary advocate within high Democratic circles for changing the party&#8217;s strategy from one of bashing Mitt Romney as an inauthentic flip-flopper to one that centered on trying to assert that he was a conservative monster. Given that Romney demolished that false image in one smashing debate performance in Denver that seems to have changed the arc of the election, Clinton&#8217;s advice seems ripe for second-guessing right now. But we have to ask why Bai thinks Clinton was the one who single-handedly forced the change, and what is motivating those feeding the reporter this information?
Click to expand...

There&#8217;s some skullduggery in the mix, too. It looks like the New York Times got the Blame-Clinton idea from Dick Morris:

Fox's Dick Morris: Clinton "Wants Obama Defeated" But Won't Say "Because His Wife Is A Hostage ... They'll Kill Her If He Loses" | Video | Media Matters for America
Click to expand...

There has to be a good reason for the NYT to blame Clinton although I am not certain what that reason is. The NYT is so devious they can stump the best code-breakers in the world. Hell, they write their articles on an enigma: 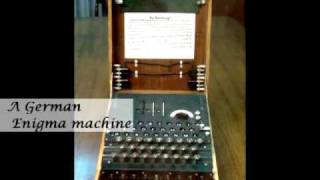 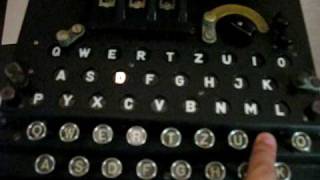 I cannot see the Times, or the MSM in general, doing anything that would harm Hillary&#8217;s chances in 2016.

My best guess is that Hillarycare II is on its way to repeal; so in a perverse sort of way the NYT could redeem Hillary before 2016 by insinuating that she and Bubba had a hand in getting ridding rid of Hussein in 2012. Redemption would go a long way toward erasing Benghazi and her disastrous stint as secretary of state. She sure as hell cannot run on that record!

No matter what President Romney does, I cannot think of a bigger plus for a Democrat wannabe in 2016 than putting distance between themself and Hussein. Once out of office Hussein is going to be the biggest pariah ever seen in Democrat circles. Hanging a leper sign on his chest would be a plus.

How Bill Clinton May Have Hurt the Obama Campaign - NYTimes.com
Click to expand...

Last edited: Oct 25, 2012
Flanders​
The basic test of freedom is perhaps less in what we are free to do than in what we are free not to do. It is the freedom to refrain, withdraw and abstain which makes a totalitarian regime impossible. Eric Hoffer
B

Somewhere in the mix is the point that Hillary was 100% correct that Barry wasn't ready for that 3am phone call, but in the sense of sort of a broad metaphor that his incredibly thin resume left him utterly unprepared for any of the various duties of the presidency.

His lack of experiences in leadership, management, or any other executive skills put him in the position of on-the-job training for what is arguably the toughest job on the planet, and he has, predictably, failed miserably.

So the ultimate blame IMO is shared between him and those who elected him to office. Had Democrats heeded Hillary's warning and nominated her instead they might not be looking at losing the White House in less than two weeks.

I have nothing but disdain for both Clintons, but I can't imagine she would have fallen flat on her face the way Barry has had she won the '08 election.
Nonessential government worker in training...

Well, it's nice that, should he lose, President Obama has someone to blame other than himself...
"I am allergic to piety, it makes me break out in rash judgements." - Penn Jillette
"I have never killed a man, but I have read many obituaries with a lot of pleasure." - Clarence Darrow
"The man who invented the telescope found out more about heaven than the closed eyes of prayer ever discovered." - Robert G. Ingersoll
OP
F

blastoff said:
I have nothing but disdain for both Clintons, but I can't imagine she would have fallen flat on her face the way Barry has had she won the '08 election.
Click to expand...

To blastoff: Those two are welded together on policies  domestic and foreign. They cannot be separated with an acetylene torch. She would have done the same as Hussein in everything he did. She would have been worse in one respect. First and foremost she is an International feminazi; whereas, Hussein is more sympathetic to the Muslim view of women. Most American women want no part of either.

Should she get the nomination in 2016 her biggest problem will be finding a way to neuter the sure-to-be-leveled charge: A vote for Hillary means a return to Obamas policies.

Well, it's nice that, should he lose, President Obama has someone to blame other than himself...
Click to expand...

To hjmick: Im waiting for him to blame the MSM that protected him for four years? I can hear it now: You guys did not do enough for me.
Flanders​
The basic test of freedom is perhaps less in what we are free to do than in what we are free not to do. It is the freedom to refrain, withdraw and abstain which makes a totalitarian regime impossible. Eric Hoffer

The fake "blame Clinton" story is just another smokescreen to take the heat off the administration. President Hussein went to bed knowing four Americans were murdered and he never lifted a finger. The next day the sociopath did what he does best and left town to play golf in Vegas.
You must log in or register to reply here.

Main Stream Media WTF are they good for?

Media Mistakes in the Trump Era: The Definitive List

Trump right again they have come for the suburbs