Billy_Bob said:
Kids under the age of 10 are not good transmitters of this virus.
Click to expand...

Yes, we seem to be coming to realize this, but don't know why. However, while they may transmit at a lower rate, they are going to have what appears to be a whole lot of opportuinites to test that.

Markle said:
Did we fail miserably? Really?
Journalists Forget Their Own Predictions: Millions of Americans to Die
Click to expand...

Yes, an outlier. Same old playbook. Every time, When the science doesn't align, start lying and misrepresenting science. Similarly, you could look at the extreme edge of the predicted path of a hurricane and then ridicule meteorologists and oceanographers when it doesn't follow that path. But you would sound pretty stupid.Trump tried it, sharpie and all. What a fucking global embarrassment that was. But the virus is now a political crusade for you. So you are willing to make that leap and let all the stupid out.
Click to expand...

They don't come much dumber than you, dipshit. You only dabbled your big toe in the family gene pool and found the water a tad too cold. What you know and understand could be pout on the lefthand side of a sesame seed. When I see a post from you? I break out the "Yawner" scale.
Click to expand...

Hi Dale. Staying safe from the contrails, are ya? We don't have to tell Dale to wear a mask. No sir. He is wearing one already.

Contrails are condensation and dissipate within seconds, punkinpuss. Keep wearing that mask as it prevents your ugly mug from scaring small children because they are not mature enough to view circus freaks. 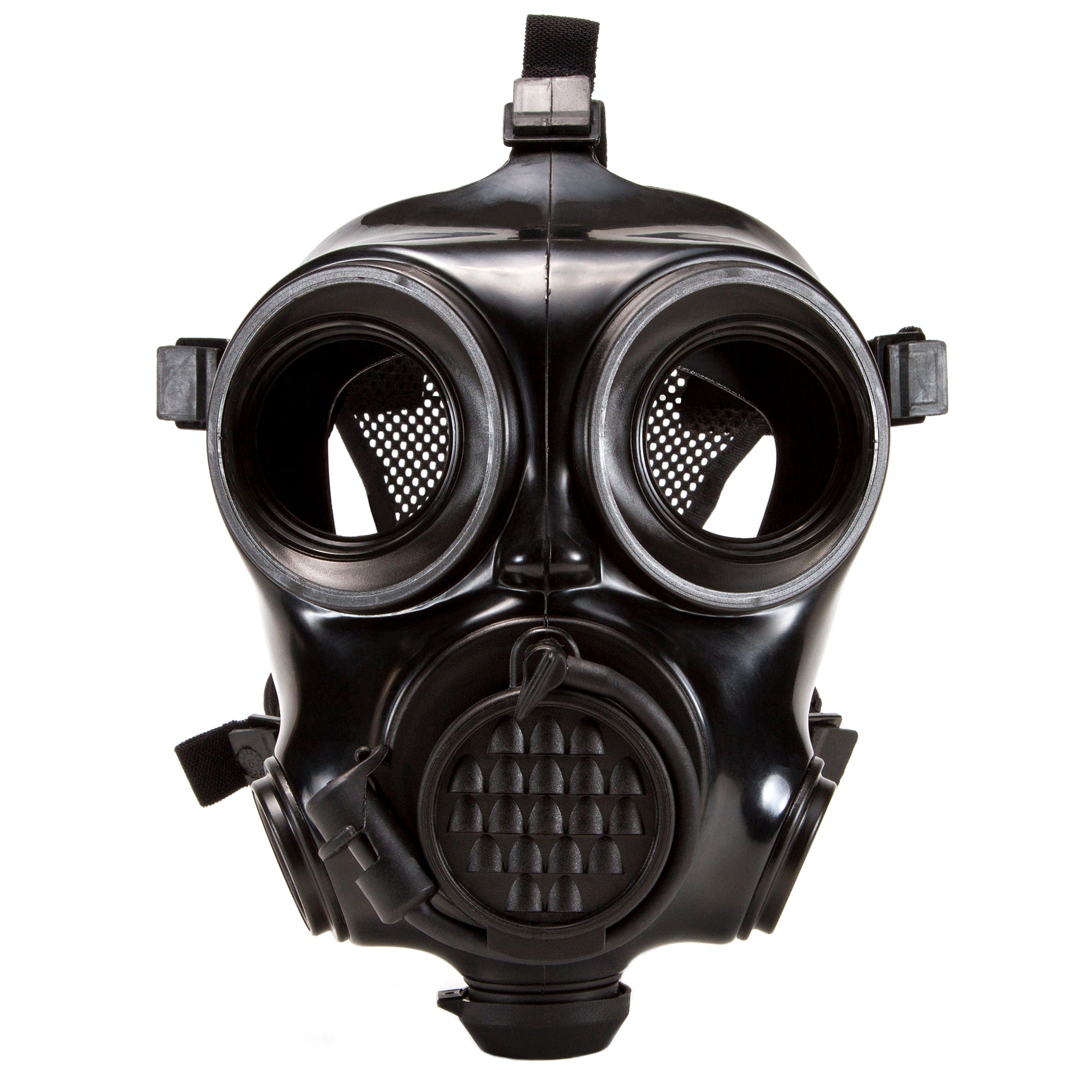 fncceo said:
Says every kid in school, every year since schools were invented.
Click to expand...

You must not have kids. Both of mine are very bummed not to be having a normal school year. So are all of their friends.
Click to expand...

Explain to them that this is what happens when people don't vote responsibly. I have four bipartisan MOC's that prove that.
Click to expand... 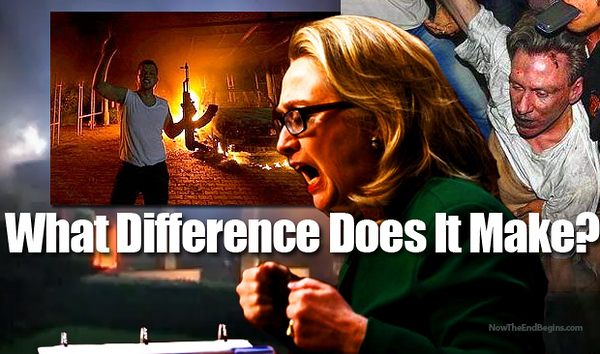 So your brain locked up once you got an answer? Please explain and for gosh sake answer my question. You made yourself look like an idiot.
Click to expand...

You are going on the presumption that the testing methods are not flawed. I have never gotten the answer to this very pertinent question which is "If your spittle could infect someone unless you are wearing a mask? Why is it that the testing procedure requires shoving a wooden stick with a cotton swab on the end that breaks the blood/brain barrier instead of simply swabbing the inside of the cheek? Inquiring minds would like to know. Do you walk around with a mask all day? I sure as hell don't. The alleged "corona-virus germ is three microns and there isn't a fucking mask being worn today that would stop it. People look so fucking stupid wearing them and even in their cars and by themselves. The country isn't the home of the brave or the land of the free at all. It's full of hand-wringing pussies. I would rather take my chances on the off chance that I could get sick if I could actually have my old life back like eating at a nice restaurant, play in poker tournaments and play music in front of a crowd. This new normal isn't 'living" but merely existing and I am one pissed off motherfucker.
Click to expand...

That's easy Dale. Your spittle can infect someone. There is no guarantee that it will. The virus is more concentrated in the nasal cavity than it is in saliva.

All weekend in Dallas area, just like I said. Not a peep from you. Coward.
Click to expand...

Where did you get your medical degree from? Was it from one of those on-line courses from Phoenix University or did you procure one from a box of Cracker Jacks? As far as your trip to the DFW area? I looked in my usmessageboard.com mail box to see if I missed a notification from you but alas, I did not see one. I have a great many talents but ESP isn't one of them. All I can say is that you couldn't have been all that anxious to have a "meet and greet" if you couldn't be bothered to let me know you were in my vicinity. Let's try again and next time? How about giving me a "heads up". I work Saturday through Monday 5:30 AM to 6:00 PM but any time after 6 PM I am available to sit down and have a brew. I believe you have my personal cellphone #. I find it rather amusing that you are so narcissistic as to think I would shy away from meeting you as if I had something to fear. Thanks for the chuckles, Bulldog.

I don't have a medical degree, but my daughter , the ER Doctor, gives me more medical information and advice than I ever wanted. I'm not sure why a competent person would need a doctor to explain that a mask is an effective tool to reduce the spread of a virus.

I told you I would be there on the 7th or 8th and return on the 9th.
Click to expand...

The coronavirus germ is 3 microns in size and there isn't a mask that exists that the average person can buy that can prevent it from being expelled through a flimsy cloth mask that is washed which stretches it even further. If you can blow out a match with a mask on?" It's not doing diddly squat to protect you or anyone else. My little brother is a nurse practitioner and he actually exists and he has zero faith in the whole "mask policy". He has been in medicine as an RN and critical RN since 1994 Face masks being sold hold bacteria in them, restrict oxygen flow and can actually cause the very symptoms associated with the big bad boogyman that is COVID-19.

AS far as you telling me that you would be here this past weekend? Allow me to lay some truth on ya. I don't plan my life around trolls and I certainly don't put their alleged travel schedule in my day planner. You claim that you were here for two days but never bothered to remind me or figure out the logistics for a meet up? Yeah, sounds like you were REALLY anxious to confront me....(snicker)

Next time use those fat, stubby fingers to send me a message. I gave you one way to contact me off this forum PLUS there is the e-mail system here. Don't even pretend that I was worried in the slightest about having a "sit down", ya blithering blowhard.

Disir said:
Fun filled facts, statistic wise you have a plethora of kids that will not learn online. Not just will not but cannot.
Click to expand...

Good thing this is only temporary, then. Other stats show some kids don't learn well in the classroom setting. So it goes...

Same option here where i live.
Click to expand...

Then you must be part of the Democratic Party for profit education brigade. Good to know. The only other option is that you are largely unaware of the impact prior attempts of e-learning had due to your age. You don't have to pay a price if they are out of sight and out of mind, eh?
Last edited: Aug 11, 2020

Disir said:
Then you must be part of the Democratic Party for profit education brigade.
Click to expand...

I know there is a price. I just admitted it right to you in the previous post. if you weren't so rabid, you might have noticed. . Sorry princess...if i could wish away the pandemic for you, i would.

Camp said:
Kids are immune from COVID 19. Trump said so.
Click to expand...

That makes it a proven fact.

Disir said:
Then you must be part of the Democratic Party for profit education brigade.
Click to expand...

I know there is a price. I just admitted it right to you in the previous post. if you weren't so rabid, you might have noticed. . Sorry princess...if i could wish away the pandemic for you, i would.
Click to expand...

It isn't necessary to make anything up. It will only require a small bit of research on your end.

Here is the thing, COVID-19 is here to stay. It isn't going anywhere. So, lets end date the bullshit and move on.

gulfman said:
If the kids don't go back to school they will wind up dumber than Biden
Click to expand...

Disir said:
Here is the thing, COVID-19 is here to stay. It isn't going anywhere. So, lets end date the bullshit and move on.
Click to expand...

That is a very stupid and dangerous attitude. Smack yourself. Then do some research. Overwhelming our health infrastructure and losing business continuity because too many people are ill at once would be virtually apocalyptic for this country.

Disir said:
Here is the thing, COVID-19 is here to stay. It isn't going anywhere. So, lets end date the bullshit and move on.
Click to expand...

That is a very stupid and dangerous attitude. Smack yourself. Then do some research. Overwhelming our health infrastructure and losing business continuity because too many people are ill at once would be virtually apocalyptic for this country.
Click to expand...

No. Stop being an insipid whiny twit. You go do some research. It's here to stay. It's not leaving. Snap out of it.

What idiots communist democrats are.
You must log in or register to reply here.

‘This is Unstoppable’: America's Midwest Braces Itself For a Covid-19 Surge

When the Left Accuses Their President of Lies
2 3 4

Flashback 2016: Kerry- There Will Never Be a Peace Agreement Between Arabs and Israel without a Palestinian Solution
6 7 8

An oldie but a good read