One of Israel's most successful initiatives peddling state propaganda has suffered a major blow following the decision by major donor, the Adelson Family Foundation, to pull millions of pounds from ...

The news is likely to be welcomed by critics of "Birthright", who are increasingly vocal about its whitewashing of Israel's human rights abuse. Increasing numbers of young Americans are questioning the motives behind the all-expense paid trip to a country which human rights group have labelled an apartheid state.

The assertion is that by birth, Jews across the world have the right to visit Israel, despite having no familial connections to the territory. This right is not extended to non-Jews that have been ethnically cleansed from Historic Palestine, even though they have centuries of direct unbroken connection to their ancestral land.

"Birthright" mirrors Israel's Law of Return. This law grants all Jews, regardless of where they were born, the right to settle and eventually become citizens of Israel. The racist implication of the Law of Return means that a Palestinian born in the city of Haifa in 1945, who was displaced by Zionist militias in 1947/1948, would not be allowed to return to Haifa today, but a Jewish person from Michigan whose family has never stepped foot in or near Haifa, can be invited for free via "Birthright" Israel.
RIP, USA, 1776-1913 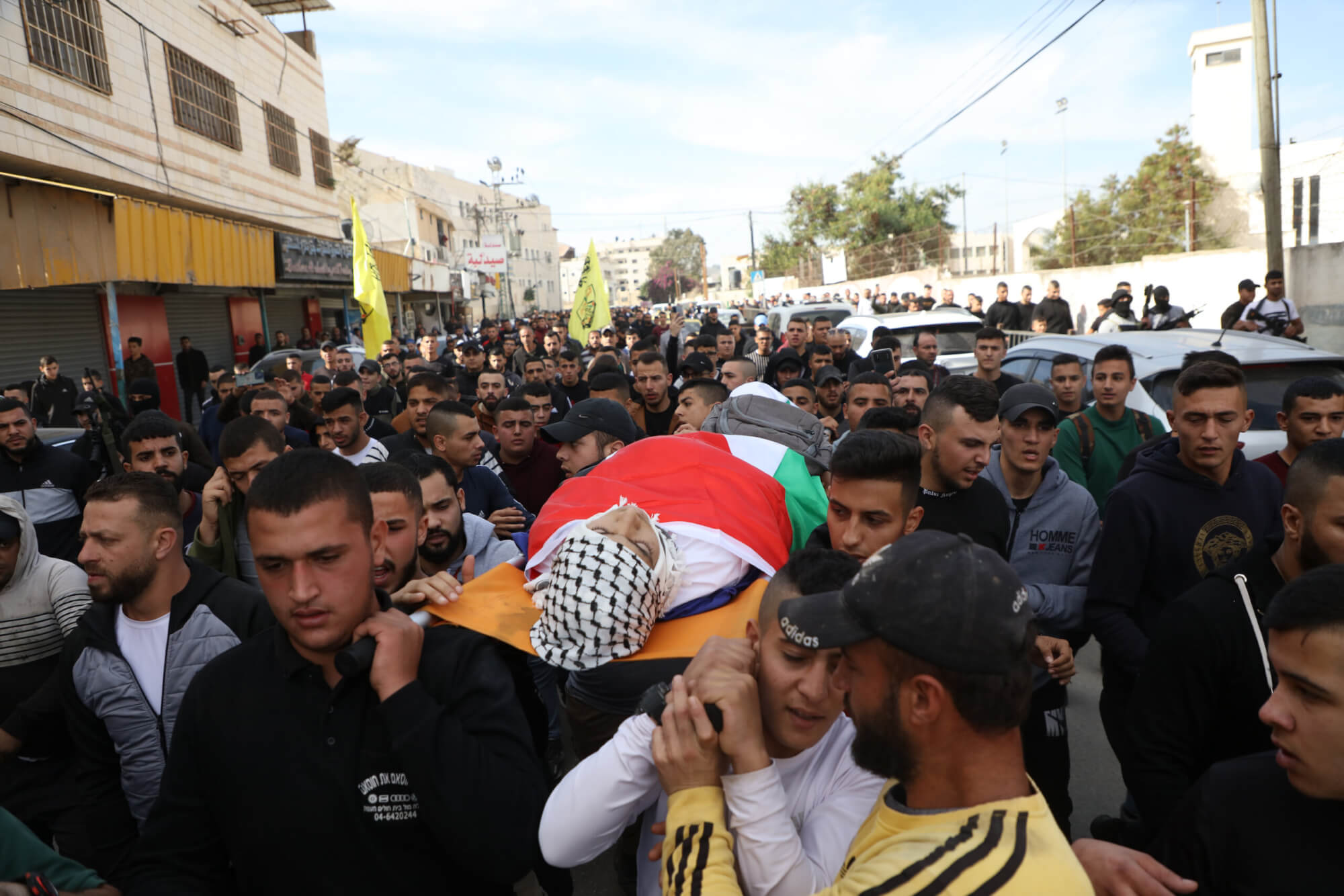 The past few months have seen the evolution of two dynamics in parallel — the proliferation of “lone wolf” attacks, and the expansion of organized Palestinian armed resistance groups.

On November 20, the group announced that on Saturday it had lured an Israeli special forces unit into the Old City of Nablus in its search for “leaders of the [Lions’] Den that are unknown to the general public.” In an apparent ambush set up by the armed group, the Israeli special forces unit was confronted with gunfire and explosives “from three directions,” which according to the Telegram statement caused the army to call in dozens of reinforcements before it retreated. The statement went on to salute “every fighter in the Balata Brigade and our brave factions who participated in this battle.”

But what was most notable about the statement was its indication that the Lions’ Den “is now dealing with the occupier using different tactics.” The statement said:

[The Lions’ Den] has hidden its leadership and its soldiers. The occupation’s information about the Den has been cut off, and neither the occupation nor its collaborators know anything about the Den. We therefore call upon and appeal to all of you not to spread any photo of a resistance fighter on social media, or even in private messages, and to refrain from photographing any resistance fighter.
Click to expand...

She should move to Gaza.
Math is hard, harder if you're a liberal.....

Why? They aren't playing.
Math is hard, harder if you're a liberal..... 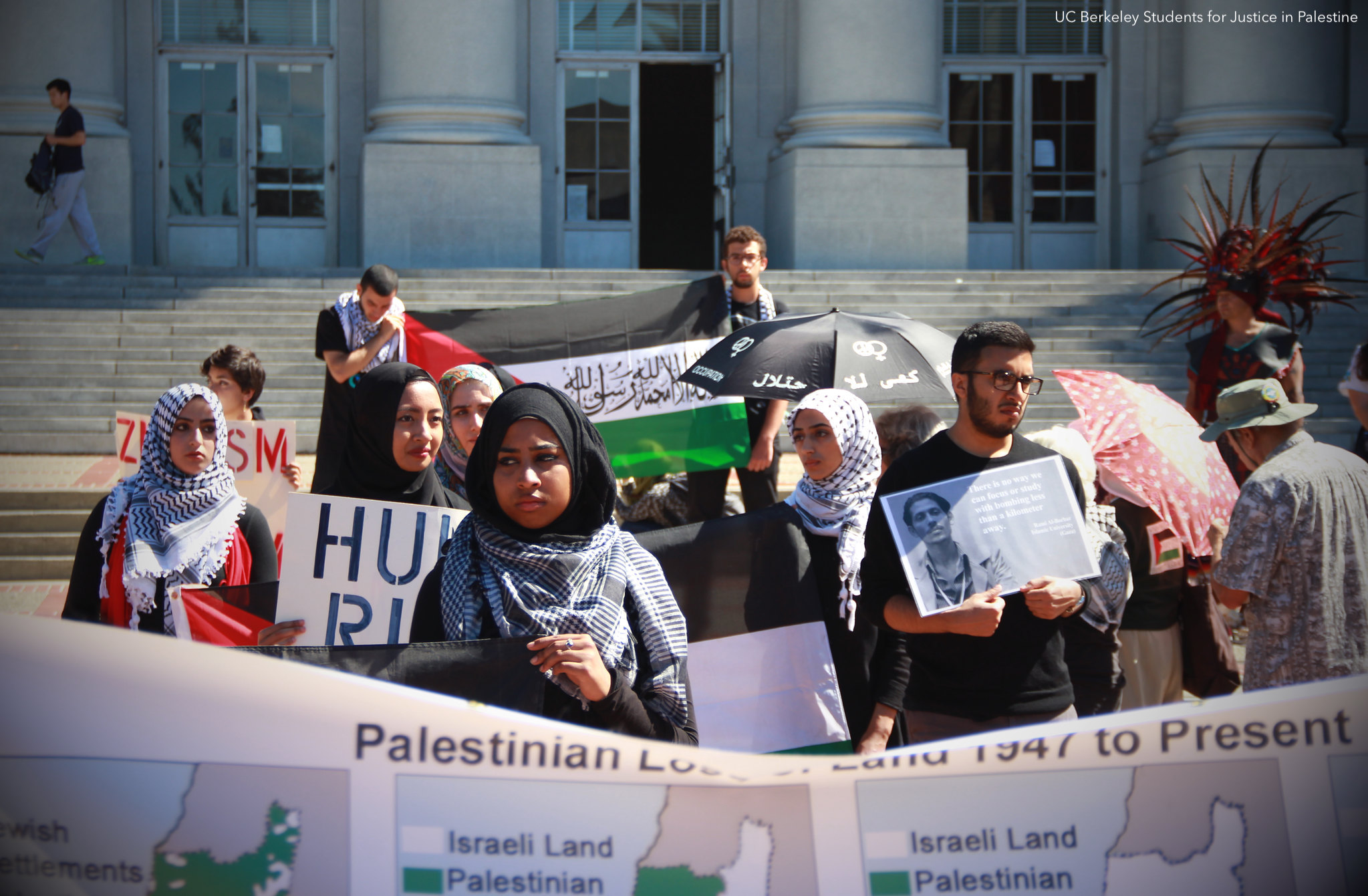 The majority of suppression of Palestine advocacy in the US targets university students and faculty.

The loss of Israel’s standing in higher education and among the American intelligentsia has spurred the Israeli Ministry of Strategic Affairs (IMSA) and Israel’s supporters to frenetically try to reverse this situation. There is thus an overwhelming percentage of attacks on college campuses. Yet the only tool that pro-Israel advocates and the IMSA have to try to recover some level of standing at universities is raw power through defamation. Therefore schemes like Canary Mission and the Lawfare Project target students and faculty through claims that Palestine advocacy and the Boycott, Divestment, Sanctions movement (BDS) are anti-Semitic.

These forces are simultaneously trying to mobilize state legislatures and Congress to pass legislation to protect Israel from the right to free speech when it concerns Palestine. This is a strategic mistake, because the focus on preemptive silencing shifts the debate to one of first amendment and constitutional rights, which so far remains a generally well-protected right in the US context.
RIP, USA, 1776-1913
You must log in or register to reply here.

Things Liberals Have Said Are Racist....And Will Be Taught In Our Schools Thru CRT
2

Do you really believe news is fake?
2 3

What Constitutional Rights Apply to an Unborn Fetus: Judicial Interpretation as opposed to Legal/JudicialPhilosophy
22 23 24

McDonald's president who made $7.4 million last year says proposal to pay fast-food workers $22 an hour is 'costly and job-destroying'
8 9 10

L
The Biggest Politician to Pander to Blacks….and Why
2 3 4

A moment ago
Lisa558
L
P
Zone1 who is the most outrageous liberal moderator? Why are there no conservative moderators?
10 11 12