Terrorism is 'all the rage' now (since 9/11), and on the eve of Election 2016, Americans are thinking about which presidential candidate has the 'brain-muscle' to handle international threats to NATO and the European Union such as ISIS.

The G.I. Joes are strengthened by soldiers/leaders such as Duke, Scarlett, Snake Eyes, and Lady Jaye, while Cobra is made potent by drones/fascists such as Serpentor, Baroness, Cobra Commander, and Pythona.

We celebrate stories from this exciting fantasy-adventure franchise (which includes two Hollywood films), since we're interested in 'pedestrianism poison.'

Duke did not want anyone to know his citizen name (Tom Cruise), since that identity was fixed in the minds of all Americans as 'well-known celebrity.' He knew that Snake Eyes was Ajay, a Turkish immigrant who was an 'Internet journalist' and 'Facebook-aficionado' who posted various ideas (rather liberally) about the virtue of democracy and Christianity. Duke was also sure that Shipwreck was actually Kurt Russell (another American movie star and 'well-known celebrity') but chose to keep the 'revelation' a secret for two reasons: 1) no one would believe that G.I. Joe (Hasbro) comic book characters are real; and 2) if G.I. Joe stories are real, then Americans would have to face the reality of a 'pedestrian World War III.'

Snake Eyes was in his den taking notes about who he thought were members of Cobra. He decided that Serpentor was a rogue leader of ISIS; he decided Destro was a Tijuana druglord; he decided Pythona was an airline stewardess involved in an espionage operation for North Korea; he decided Cobra Commander was an Internet hacker looking to release an Internet super-virus onto Facebook. Snake Eyes did not know Duke's society identity (Tom Cruise) but surmised that it must be so, since the actor had made culture and politics relevant films such as Born on the Fourth of July, Minority Report, and Lions for Lambs.

Pythona indeed worked as an airline stewardess in an elaborate espionage operation for North Korea designed to extract key information regarding the U.S. military's development of bio-tech weapons. Pythona was already allied to Cobra Commander who was indeed an Internet hacker working on a super-virus to release onto Facebook. However, Pythona and Cobra Commander were both sure that their guess about Duke's society identity (Tom Cruise) was correct and devised a way to have a 'stalker-fan' murder the 'well-known celebrity' during the Thanksgiving Day Parade in Washington, D.C. where the actor was making a cameo.

Shipwreck (Kurt Russell) contacted Tom Cruise and warned him that someone might try to kill him during his cameo appearance at the Thanksgiving Day Parade in Washington, D.C. Cruise told Russell he was Duke and the actor reciprocated by disclosing to his peer that he was Shipwreck. The two agreed that the 'Facebook patriot-postman' Ajay was indeed Snake Eyes and agreed to have someone request that Ajay start posting things on Facebook about unnatural social angst towards celebrities and a deranged plot to kill Tom Cruise during the Thanksgiving Day Parade. Ajay (Snake Eyes) agreed to do so but also hypothesized that Cobra was planning an all-out terrorist invasion during the Thanksgiving Day Parade in Washington.

Thanksgiving Day had arrived and Tom Cruise (Duke) was at the parade in D.C. and Shipwreck (Kurt Russell) was there too but masked and costumed as an Uncle Sam effigy. The Cobra agent Storm Shadow (an agent of ISIS) was there with his silencer-pistol, ready to kill Tom Cruise, and Destro (the Cobra vizier) was set to 'spin' the event in the press as evidence of an American 'obsession' with 'media celebrities.' However, Snake Eyes (Ajay) showed up unknown to everyone and prowled the crowds at the parade looking to anyone suspicious.

When Storm Shadow pulled out his pistol, Pythona and Cobra Commander showed up in a jeep full of tear-gas grenades, and Lady Jaye (Charlize Theron) spotted them and ran towards their jeep with her G.I. Joe ally Flint (Tom Hardy). Cobra drones (all members of ISIS) shuffled throughout the crowd, ready to fire well-hidden machine-guns), but G.I. Joe agents (from various sectors of he military and American society) were there with well-hidden tranquilizer-darts. Within 30 minutes, all hell broke loose and machine-guns fired and tranquilizer darts flew and the crowds scattered in panic.

Snake Eyes spotted Storm Shadow aiming his pistol at Duke (Tom Cruise), and so he pulled out his handy-dandy tranquilizer-dart and shot it right into Storm Shadow's neck, sending the Cobra ghoul straight into a state of unconsciousness. The other G.I. Joes, meanwhile handled all the other Cobra ghouls and drones and agents and when everything subsided, Duke (Tom Cruise) picked up a megaphone and delivered the following patriotic message to the crowd:

"Thank you for the courage to endure this terrible terrorism incident. Thanks to the work of various patriotic Americans whom we are jovially referring to as 'G.I. Joes,' the anti-pedestrian fanatics/terrorists, whom we are cautiously referring to as 'Cobras,' have been quelled. Let this incident serve as a reminder that Americans from all sectors of society will not stand for any kind of deranged terrorism gesture that undermines our basic love for peaceful and secure 'pedestrian decision-making.'" 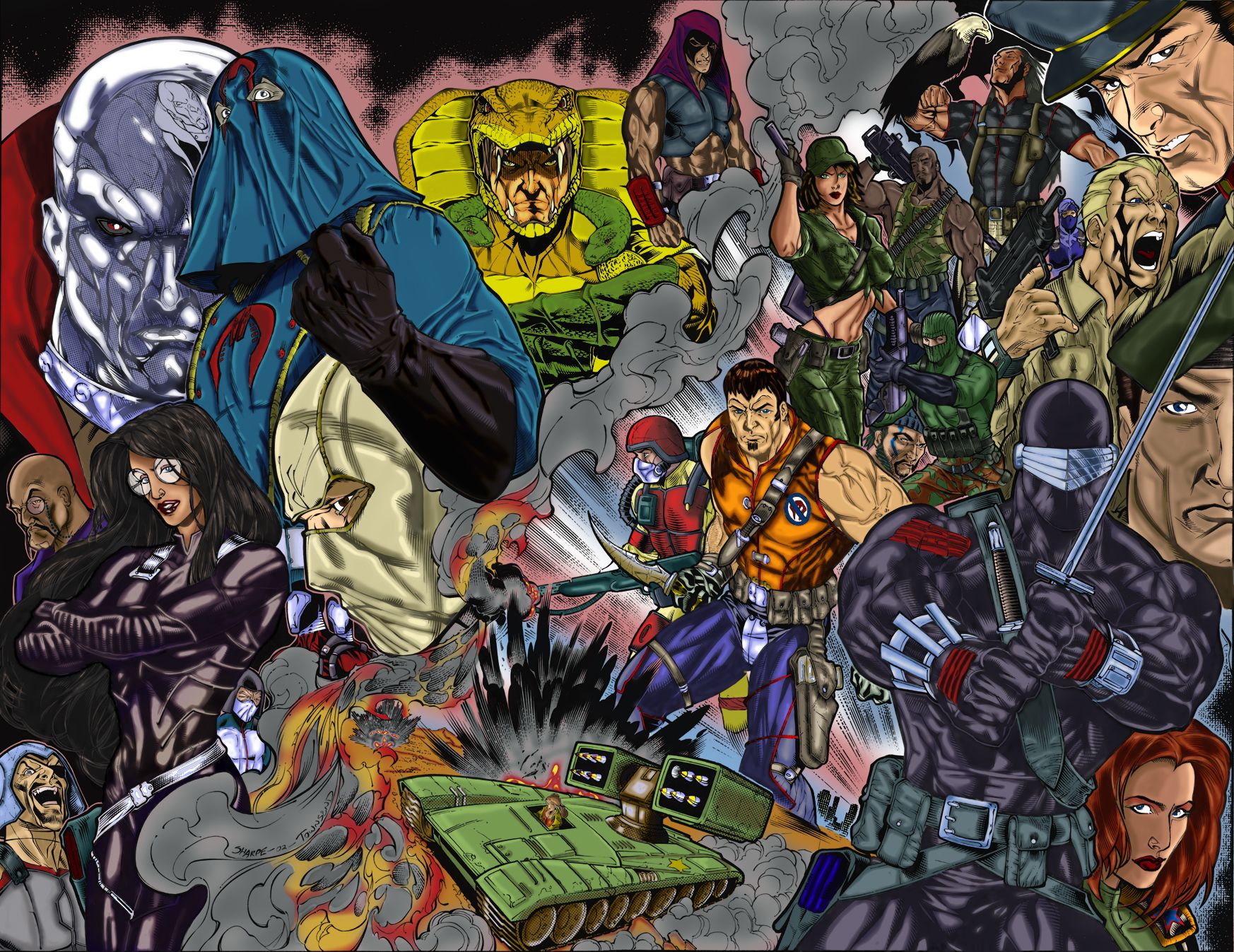 The more we think about the profit behind design-gauged consumerism items such as toys, the more we realize that intellectual property rights concern in the new age is leveraged against the 'streamlining effect' in middle-class economics (e.g., Wal-Mart), which is why 'vigilantism-daydream' comics-adapted films are all the rage right now in Hollywood.

Is cinema and the pop arts contributing to a 'democratic aesthetic'? 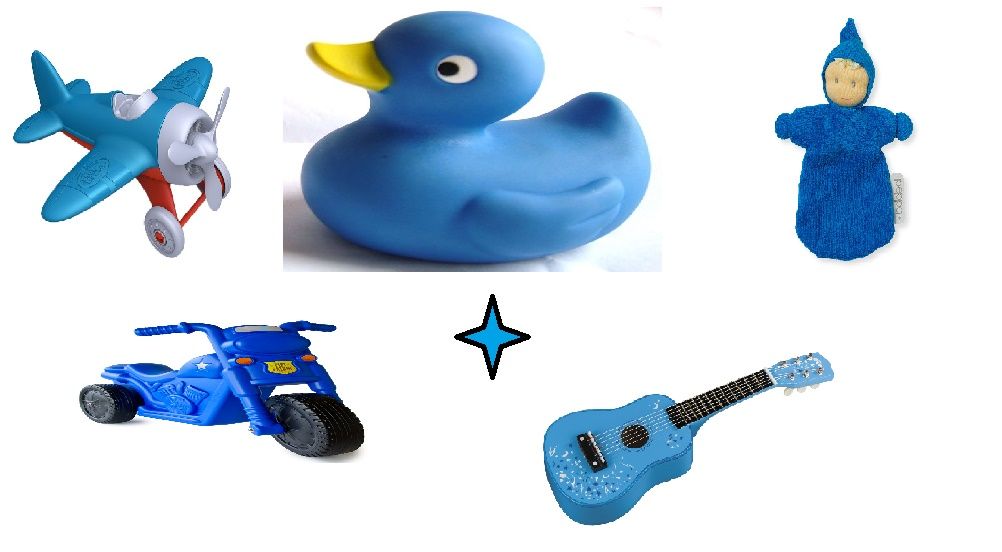 Loki got a new career.

I am angry! Teens destroy $400,000 Ferrari with baseball bats

Who the Hell Cares What Mexico Says About "Accepting" Illegal Aliens ?
3 4 5