if Dems hold on to the house and pick up the 2 seats we're taking about here, they can pass meaningful gun reform, the green new deal, marijuana legalization, and all their other agenda 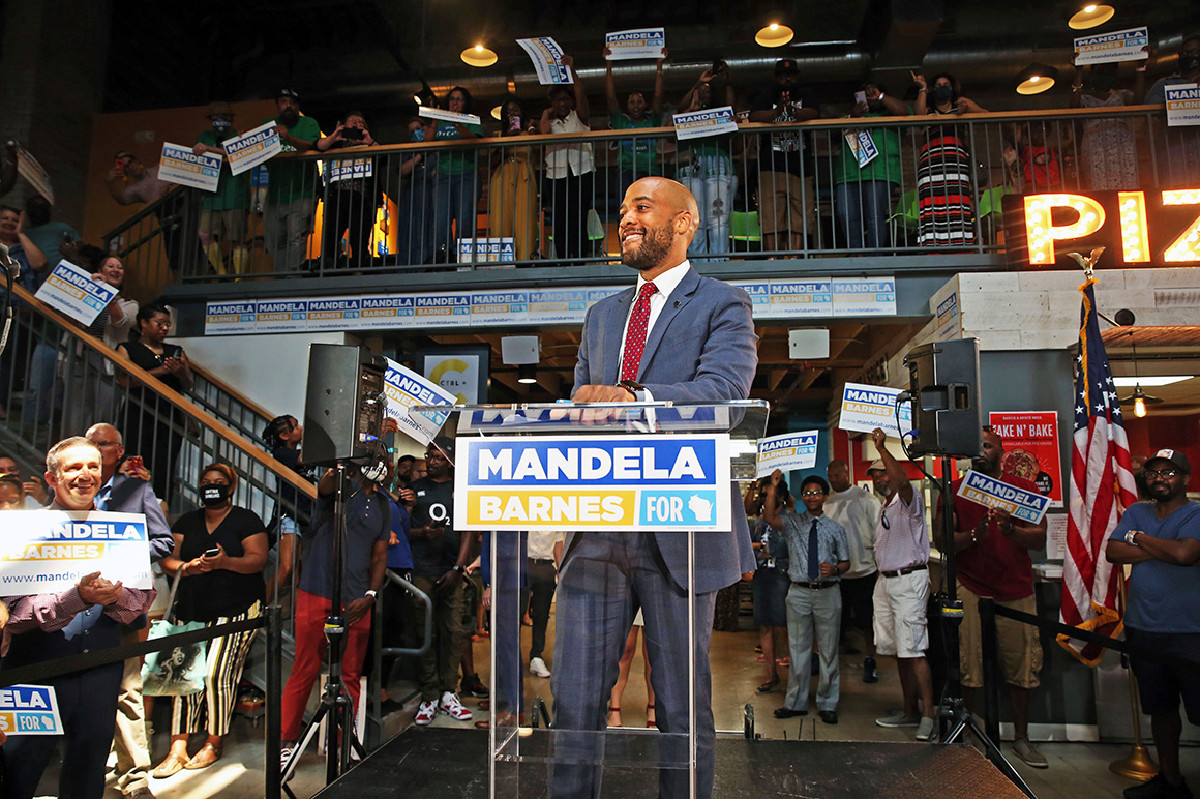 John Fetterman and Mandela Barnes are both testing if battleground states will elect liberals to the Senate. That's not where the similarities between the two "tall and bald" men stop.

Unlike the rest of the Democratic Party, Mandela Barnes was an early fan of John Fetterman’s and even donated a “few bucks” to his long shot 2016 Senate campaign. More than five years later, Fetterman returned the favor and became a “day one” donor to Barnes.

Barnes said that even at the National Lieutenant Governors Association, he and Fetterman are “two people who stick out a little bit.” He’s not just talking about their liberal views — Barnes is 35 years old and, if elected, would be the first Black senator of Wisconsin. Fetterman, meanwhile, is six-foot-eight, tattooed, and would look at home in a motorcycle gang.

A spokesperson for Fetterman, who is still recovering from the stroke, described the two as “buds.” Both campaigns highlighted a fundraising email Fetterman sent for Barnes last month: “If elected, Mandela and I could be *the* two votes needed to scrap the filibuster, codify Roe v. Wade, and pass transformative legislation for working people,” he wrote. Fetterman also pointed out that Wisconsin and Pennsylvania are the only two Republican-held Senate seats up for election this year rated as toss-ups.

And when Barnes started fundraising for a potential Senate campaign in 2021, Fetterman tweeted that he is a “good friend.”

Progressives who support Fetterman and Barnes said their success so far shows that Democratic voters are now looking for something less out of central casting in their Senate nominees.

“Both energize people, particularly young people. Both talk in very real ways about the problems that families face every day,” said Sen. Elizabeth Warren (D-Mass.). “The things that both of them are fighting for are wildly popular … Roe vs. Wade, voting rights, investment in universal child care, tax reform so that billionaires pay a fair share. That’s the progressive agenda and that’s what America wants to see us do, so it’s no surprise to me that they’re both doing very well.”

In the interview, Barnes suggested he and Fetterman are running “hyper-local” races. The Wisconsin Democrat recently launched an agriculture tour to talk to farmers in rural communities. In a sign of Fetterman’s reluctance to nationalize the campaign in a general election, his team likewise stressed he is running his own race.

Barnes’ and Fetterman’s paths to victory could also look quite different. Democratic strategists say Barnes can juice turnout among young people, liberals and voters of color, particularly in cities. Fetterman, meanwhile, is betting on his ability to win over rural and working-class white voters. And Fetterman is competing for an open seat against Dr. Mehmet Oz, while Barnes, if nominated, would be taking on an incumbent.

Pat Toomey (R-Pa.), whose retirement opened up the Pennsylvania seat, said he was “delighted for many months … as it was looking increasingly like Fetterman would be the Democratic nominee” and described him as “far out of step with Pennsylvanians.”

Meanwhile, Johnson said that any Democratic nominee in Wisconsin would be a “rubber stamp for people like [Majority Leader] Chuck Schumer.” When asked about Barnes specifically, Johnson replied: “I may have shook his hand once, I don’t know the man.”
Last edited: Jun 13, 2022
You must log in or register to reply here.

D.C. Dems get out of frontrunner Fetterman's way in Pennsylvania, as Liz Warren asks for anti-Fetterman ad to be pulled off the air

Former President Trump Posts TRUTH Indicating That Biden Blew Up Nord Stream 1 & 2, And It May Lead Us Into WWIII
2