Don't think Mooslamics would go for this...

Genetic changes could make pig organs usable for human transplant
Oct. 12, 2015 - The modifications prevented a human immune response to pig cells and eliminated a disease that can infect human cells.

A gene editing technique called CRISPR could allow scientists to genetically modify pig organs to be better matches for human transplant patients, according to new research. Researchers at Harvard Medical School found 62 DNA sequences in pigs, which are the remnants of a virus called porcine endogenous retrovirus, or PERV, that has been shown to infect human cells in lab experiments. 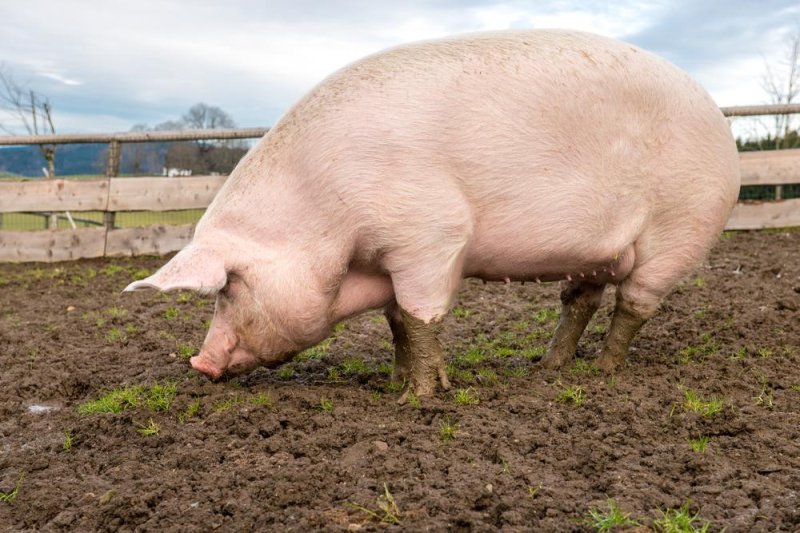 Pig organs are seen as a having potential use for humans because they are similar in size.​
Scientists think that pig organs could be used for human transplant patients because they are similar in size. PERV, and the intense immune response to pig cells, have held back their use. "Basically, this whole field has been in the doldrums for 15 years," George Church, a geneticist at Harvard University, told Science Magazine. "There's been kind of a few true believers that had it on life support. But I think this changes the game completely." The CRISPR gene-editing technology uses the Cas9 protein to guide RNA into a cell, allowing scientists to alter genes. In the new study, researchers at Harvard describe disrupting 62 copies of the PERV gene in an pig's kidney epithelial cell line. When these cells were then introduced to human cells in the lab, a nearly 1000-fold decrease in PERV transmission was seen. This, the researchers wrote, shows that the virus can be inactivated for clinical application to pig-to-human transplants.

Church told Nature that his research team also changed more than 20 other pig genes that cause an immune response in human cells. The research has yet to be published, but Church said that for pig organs to be a viable option for human transplant, both sets of modifications would need to be made. "It was kind of cool from two stand points," Church, who also owns a company that is working to develop pigs for growing organs to be used in human transplants, told the BBC. "One is it set a record for Crispr or for any genetic modification of an animal, and it took away what was considered the most perplexing problem to be solved in the xenotransplantation field. With immune tolerance, that completely changes the landscape as well. These two things, immune tolerance and now getting rid of all the retroviruses, means we have a clear path." The study is published in the journal Science.

Ya it's Muslims who have a big problem with science. (rolls eyes)
OP
W

They have injected human stem cells into pig embryos to produce human-pig embryos known as chimeras. The embryos are part of research aimed at overcoming the worldwide shortage of transplant organs. The team from University of California, Davis says they should look and behave like normal pigs except that one organ will be composed of human cells. The human-pig chimeric embryos are being allowed to develop in the sows for 28 days before the pregnancies are terminated and the tissue removed for analysis. The BBC's Panorama was given exclusive access to the research for Medicine's Big Breakthrough: Editing Your Genes.

Creating the chimeric embryos takes two stages. First, a technique known as CRISPR gene editing is used to remove DNA from a newly fertilised pig embryo that would enable the resulting foetus to grow a pancreas. This creates a genetic "niche" or void. Then, human induced pluripotent (iPS) stem cells are injected into the embryo. The iPS cells were derived from adult cells and "dialled back" to become stem cells capable of developing into any tissue in the body. The team at UC Davis hopes the human stem cells will take advantage of the genetic niche in the pig embryo and the resulting foetus will grow a human pancreas. 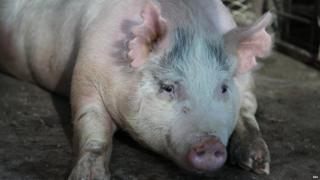 Scientists in the United States are trying to grow human organs inside pigs.​
Pablo Ross, a reproductive biologist who is leading the research told me: "Our hope is that this pig embryo will develop normally but the pancreas will be made almost exclusively out of human cells and could be compatible with a patient for transplantation." But the work is controversial. Last year, the main US medical research agency, the National Institutes of Health, imposed a moratorium on funding such experiments. The main concern is that the human cells might migrate to the developing pig's brain and make it, in some way, more human. Pablo Ross says this is unlikely but is a key reason why the research is proceeding with such caution: "We think there is very low potential for a human brain to grow, but this is something we will be investigating."

The Treasury Department Spied on Flynn, Manafort, and the Trump Family, Says Whistleblower