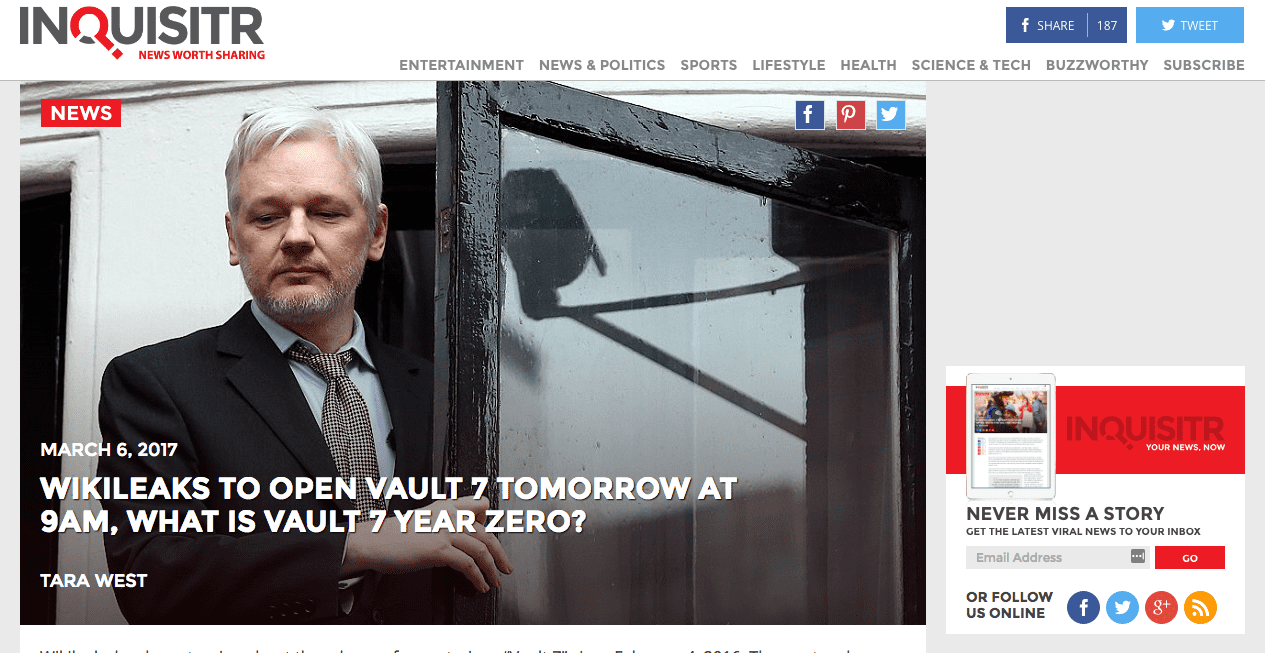 So what could be vault 7 Hmmmm now this anxious hold your breath....

Assange better dump everything he's got, he's about to get kicked out of his little home.

What Is WikiLeaks’ Vault 7? Photos & Clues
Here are the different clues and different theories.

Wikileaks sure knows how to drum up suspense.

They usually do not deliver for it though...
W

Likely, it was an inside job...

Two officials speaking on condition of anonymity said intelligence agencies have been aware since the end of last year of the breach, which led to WikiLeaks releasing thousands of pages of information on its website on Tuesday. According to the documents, CIA hackers could get into Apple Inc (AAPL.O) iPhones, devices running Google's Android software and other gadgets in order to capture text and voice messages before they were encrypted with sophisticated software.

The White House said on Wednesday that President Donald Trump was "extremely concerned" about the CIA security breach that led to the WikiLeaks release. "Anybody who leaks classified information will be held to the highest degree of law," spokesman Sean Spicer said. The two officials told Reuters they believed the published documents about CIA hacking techniques used between 2013 and 2016 were authentic. 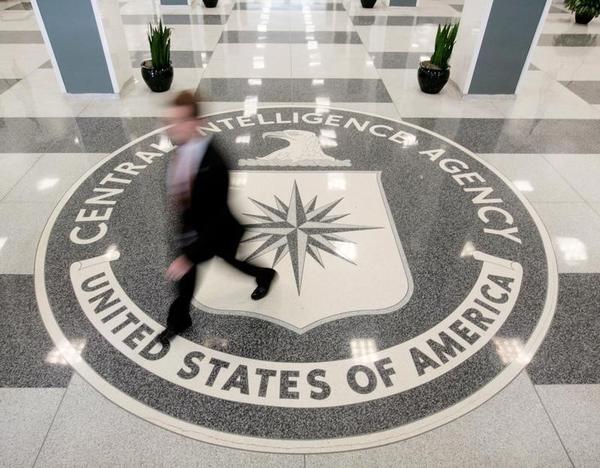 The lobby of the CIA Headquarters Building in Langley, Virginia​
One of the officials with knowledge of the investigation said companies that are contractors for the CIA have been checking to see which of their employees had access to the material that WikiLeaks published, and then going over their computer logs, emails and other communications for any evidence of who might be responsible. On Tuesday in a press release, WikiLeaks itself said the CIA had "lost control" of an archive of hacking methods and it appeared to have been circulated "among former U.S. government hackers and contractors in an unauthorized manner, one of whom has provided WikiLeaks with portions of the archive."

The CIA, which is the United States' civilian foreign intelligence service, declined to comment on the authenticity of purported intelligence documents. The agency said in a statement that its mission was to collect foreign intelligence abroad "to protect America from terrorists, hostile nation states and other adversaries" and to be "innovative, cutting-edge, and the first line of defense in protecting this country from enemies abroad." The CIA is legally prohibited from surveillance inside the United States and "does not do so", the statement added.

CONTRACTORS MUST BE 'LOYAL TO AMERICA'
Click to expand...

Of course it was an inside job - they would need access to all that info in order to release it like that.
You must log in or register to reply here.

we need to repeal Obamacare and replace it with Medicare For All, my friends
8 9 10

8 minutes ago
irosie91
I
Q
Remember when the Jewish mob ran Detroit ??

The Political Metagame for 2020