Why is President Biden Telling G7 that "America is Back"? ,wasn't America Back under President Trump?

Do the Europeans like Biden because they feel he will be more willing to accept their New World order policies.?

52ndStreet said:
President Biden statement that "America is back" is a bit confusing. Was not America back under president Trump?
Click to expand...

The President's policies have been successful in quelling the pandemic, and that has led to an upsurge in employment and a positive economic forecast for the nation. Why would patriotic Americans not approve?

The resurgence of a positive outlook at home is mirrored by the relief and renewed respect of America's allies. 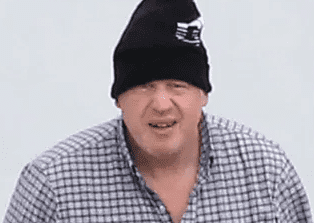 "America is unreservedly back as the leader of the free world!"​

surada
Nope. He told them America wasn't going to pay for everything like we have been doing. Of course our "allies" don't like it. They had to pay for what they wanted instead of America paying for all.

Biden will return all to the status quo so of course his version of "America is back" is exactly what they want to hear and see.

Biden is an incompetent ass and I sure hope our country can survive four years of his very expensive Biden/Harris shit show.
You must log in or register to reply here.

This PA Lawmaker Is A Christian Zealot, An Academic Fraud, And An Insurrectionist. He's The Tip...

Biden's Re-Emphasis on Tech Will Put America Back on Top.
2

Latvian president to Biden: Be tough with Putin (Moscow thugs )

They Aren’t ‘Migrants,’ They Are Illegal Aliens
2 3

Guess who is going gun shopping this week
2

H
So how much of the "infrastructure" bill will help 15% of Americans?