Airbnb's are a growing concern in a lot of places. Even my city right here in the US of A is looking at ways to bring them under control. They are supposed to start the hotel tax on them sometime this year I think and are contemplating using zoning to tighten up where they can be located and possibly require health and safety inspections of them.

Tommy Tainant said:
I used to go out with a girl whose father had a log cabin up near Perth. Amazing place. But it was a few cabins the farmer had put up to make a bit extra. They werent depriving folk of somewhere to live.
In Wrexham there was always a lad in work who had a static somewhere up the coast. Again they werent depriving someone of a home. Had some great weeks up there.
Locals cant compete and its causing a lot of resentment.
Click to expand...

Fair enough. Really up in the Highlands they were already finding the interlopers who were pricing them out of the market in the 70's. They were a very inbuilt community, If someone was 60 and had come when they were 4 spending only 56 years there, they were not a local and of course they had more children surviving so numbers were growing but people were moving up from England or Scotland further South who were willing to pay that bit extra for a second home which was very cheap but very nice meaning that the local's kids could not afford a home and had to leave. I used to go up their regularly as we had an old shepherd's cottage which my husband of the time's parent's had bought in the 60's. It was amazing. We had to walk 3 miles along a sheep's path to get to it, it was right next to the sea for fishing and Applecross which you may have heard of was across the sea and of course it was off grid. The locals were amazing people. It was a totally different world....but already in the 70's people's children were being bought out. Families who had always stayed and lived close to each other and whole villages who had always helped each other and had their own ways were already being lost...and of course the locals were not only so nosey that they knew where you had been every step of the day - My mother in law was in trouble picking brambles on a Sunday but they were the most giving and friendly people you could ever know. This continued to get worse and worse so that most children became unable to stay. I suspect the Highlands were the first place this happened in the UK, beginning long before most people would have more interest in a second home that a place to put the caravan which were very popular in those days.
Last edited: Jul 4, 2022
democracy is a neoliberal fantasy in a sense that it cannot exist in neoliberal systems of government controlled not by people but by supranational institutions. Jodi Dean

Dekster said:
Airbnb's are a growing concern in a lot of places. Even my city right here in the US of A is looking at ways to bring them under control. They are supposed to start the hotel tax on them sometime this year I think and are contemplating using zoning to tighten up where they can be located and possibly require health and safety inspections of them.
Click to expand...

Yes Airbnb's are a nightmare. People are deliberately buying places now only to rent, going completely against the rules. In London people apparently have bought up whole streets. I think most places are bringing in regulations about them but certainly about the London ones I heard of, nobody is paying any attention to them.
democracy is a neoliberal fantasy in a sense that it cannot exist in neoliberal systems of government controlled not by people but by supranational institutions. Jodi Dean

Rogue AI said:
What sort reject would be dumb enough to vacation in Wales, let alone buy a second hovel in that shithole?
Click to expand...

It’s quite lovely there.

Can’t be that bad. Michael Douglas bought a place near Mumbles.

This is a beautiful article on the property market and fighting back against it with and for community.

about half the article

Elsewhere on the island, a young couple are the only residents in a hamlet of over a dozen houses, the rest are holiday homes; while recently, on the adjacent island, an old friend who was born there, and who has returned with his wife and family to run a business, bid on a house for sale and was promptly outbid by people who live very far away.

This isn’t personal; it’s just the way of the property market, and who would dare to challenge that?

This month, the Isle of Eigg celebrates 25 years of community ownership. It wasn’t the first community buy-out, but it has been one of the most high-profile and inspiring, in part because of the circumstances leading up to its sale: the toxic ownership of Keith Schellenberg, the weird sideshow of Maruma, the German ‘artist’ with dubious credentials who briefly took possession of the island; and then there was the public campaign to raise funds for the buy-out, which itself highlighted the debate about land-ownership in Scotland. Since 1997, the islanders have provided a dynamic example of how small, remote communities can come together and figure out best practice for housing, power generation, job creation, land stewardship. The island is now thriving, its population growing.

Last year a small cottage was up for sale on Eigg. It was priced at offers over £65k, but the Isle of Eigg Heritage Trust stipulated that they wouldn’t simply be accepting the highest bid. Instead, they would seek a buyer who wanted to live full-time on the island, to make home there and be an ‘active contributory member of the community.’

Self-determination isn’t always easy, but it does empower and encourage people to make decisions in the interest of their community; and it turns out that, thus empowered, and in simple, sensible ways, there are those who dare to challenge the property market. Imagine if all our island and rural communities were modelled on Eigg; imagine if our urban communities were!

In her autobiography, All God’s Children Need Travelling Shoes, Maya Angelou writes beautifully about the ‘ache for home’ and how it lives in all of us, describing home as ‘the safe place where we can go as we are and not be questioned.’ My wife and I are very lucky, we’ve a roof over our heads and we’ve some savings; we’ll eventually find that ‘safe place’. But for so many people now, who ache for home, often in the place where they are from, or in the community they’ve become a part of, it is simply no longer possible. This is the property market – untrammelled Capitalism just doing its thing – and it’s destroying communities throughout Scotland.
Click to expand...

https://bellacaledonia.org.uk/2022/06/15/island-dream-home-nightmare/
Last edited: Jul 5, 2022
democracy is a neoliberal fantasy in a sense that it cannot exist in neoliberal systems of government controlled not by people but by supranational institutions. Jodi Dean
R

Captain Caveman said:
So you haven't been to Wales and you claim it's a hovel !!

It's in the UK, what more needs be said? Or do claim Wales is the shiny turd in the cesspit?

This happens in northern MN where wealthy people buy up old lake cabins and put mini mansions up raising property taxes on more simple cabins, outpacing the local markets and changing the character of previously rural lakes and resorts.
While I support landowners rights it is also a shame to see areas turned into tourist traps.
At the same time those towns need that income from those big spenders.
This also happens in every ski resort town in the West. No normal person with a modest income can live in Grand Teton.

Captain Caveman said:
What do people think of this? 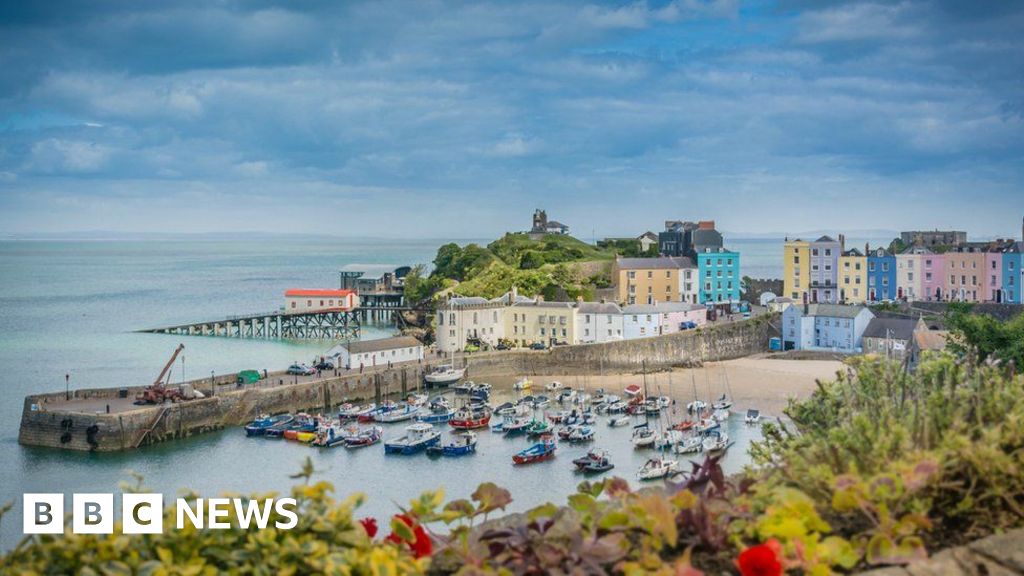 Second homes: Welsh councils to get powers to set limit

Councils in Wales may control the number of holiday lets and second homes in their area.
www.bbc.co.uk

Councils will be able to control numbers of second homes and holiday lets under new Welsh government plans.

A new licensing scheme for people who want to operate short-term holiday lets, such as Airbnb, is also planned.

First Minister Mark Drakeford and Plaid Cymru leader Adam Price made the announcement as made as part of their co-operation agreement.

Local authorities have already been given the power to increase council tax on second homes by 300% from next year.

I remember some months ago, there was a discussion on the radio where Cornwall residents were complaining that locals couldn't afford houses due to wealthy people buying them as holiday homes. Also, landlords were putting theirs on AirBnB to get more money, so any for rent were sky high. So because no one could afford to rent there and work, the likes of pubs were closed half the time. So the locals wanted some kind of tax or solution.

Did Wales pick up on this idea or vice versa? In a way, I agree with this because people find it difficult to get onto the property market due to lack of housing.

Wales is 97% white, and they want to keep it that way. That's why Tommy Tainant lives there.
THE REAL "BIG LIE":
"You're not going to get COVID if you have these vaccinations." - Joe Biden, 2021

petro said:
This happens in northern MN where wealthy people buy up old lake cabins and put mini mansions up raising property taxes on more simple cabins, outpacing the local markets and changing the character of previously rural lakes and resorts.
While I support landowners rights it is also a shame to see areas turned into tourist traps.
At the same time those towns need that income from those big spenders.
This also happens in every ski resort town in the West. No normal person with a modest income can live in Grand Teton.
Click to expand...

They should be allowed to own more than one home, but a second, third, fourth home should attract increasing tax levels to support the local community. Say to pay for rental apartment blocks with sensible rents for workers.
Binary thinking renders understanding impossible
You must log in or register to reply here.

Covid: Thousands of summer holidays could be ruined by the ‘pingdemic’

Will house Dems pass a bill that gives billions to the rich?
2 3 4

1
(Sorry, this takes more than 20 seconds to read.) Unintended consequences...

M
Bernie Kerik: “If FBI Raid Will Not Stop Donald Trump – Their Next Step Will Be Assassination” (VIDEO)

Zone1 What would happen if all the Republicans put all the Democrats on ignore?