UN High Priests of the NWO 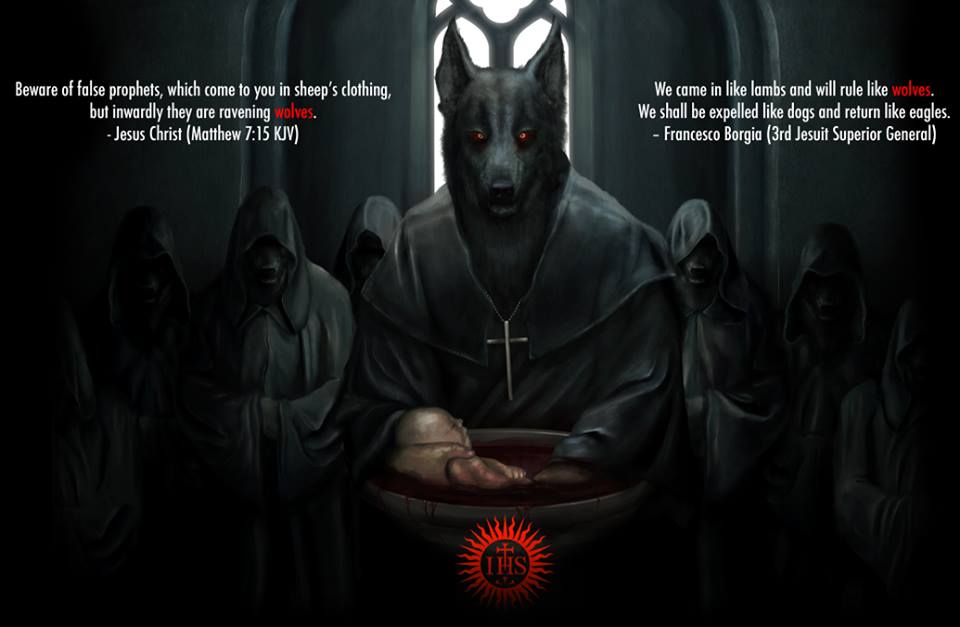 The sheer scope and breadth of evil behind the United Nations is staggering. In order to ascertain the depths of depravity this organization is capable of, one would first have to measure the depths of hell it's policy makers come from.

These are the high priests of the New World Order. The secret societies (Illuminati / Lucifereans, Bilderberg, CFR, Club of Rome, Freemasons, etc.) they come from all share one common denominator. They are a part of the Vatican-PanEuropa network.

At the end of WWI, the allies signed the Treaty of Versailles in 1919, as a response to the Vatican who had started the war. They refused to acknowledge the Vatican as a political power any longer and denied them a seat at the table. That same year, the Jesuit General sent his own agents to create The League of Nations under the guise of preventing future wars. This was done in order to take back the control they had lost and accomplish the greater goal of restoring temporal powers and expanding those powers to cover the whole earth (NWO).

In 1923, the German people were attempting to make their own country a republic after seeing France break free from the control of the Vatican. The German people were sick of war, inflation and the poverty it was breeding. The Pope was enraged at such an idea. The Jesuits moved to stop the German people by sending in two Catholics, Von Papen and Pacelli. The latter would become Pope Pius XII.

This set the stage for Adolph Hitler, who vowed his allegiance to the Papacy and its goal of a New World Order. Von Pappen boasted to the world, “The third Reich is the first power, which not only recognizes, but puts into practice, the high principles of the Papacy.

In the end, Hitler failed to produce a New World Order for the Papacy that brought him to power. The Vatican covered their complicity in WWII by hiding 1,000 Jews under the hills of the Vatican in case Hitler lost the war. Later, they would claim this was evidence that Hitler was not working for them.

Hitler's blueprint for a New World Order, Mein Kampf, was written by Jesuit priest Bernard Staempfle. The plan, in its final stage, was to divide humanity into a two-tiered feudal system of a small ruling elite and a largely depopulated mass.

Hitler said in order to conquer a nation, first disarm its citizens (another UN Agenda) The middle class would cease to exist under the New World Order. The two key elements of Hitler's New World Order was depopulation and control (Agenda 21 was created for the same purpose).

In 1946, the League of Nations was replaced by the United Nations which would become the new vehicle the Jesuits would use to bring about a One World Order. The Vatican put on a new face by setting up Vatican II Council. The Vatican continued its pressure to “internationalize” Jerusalem.

German history is repeating itself. The German people are struggling to break free from UN powers that are behind the mass invasion. From behind the secure walls of the Vatican, a statement was recently issued by Pope Francis to the Catholic people:

The presence of migrants and refugees seriously challenges the societies which accept them. Those societies are faced with new situations which could create serious hardships unless they are suitably motivated, managed and regulated. How can we ensure that integration will become mutual enrichment, open up positive perspectives to communities, and prevent the danger of discrimination, racism, extreme nationalism, or zenophobia?

Public opinion must be correctly formed, not the least to prevent unwarranted fears and speculations detrimental to migrants.
Pope Francis

The Pope has called for tens of thousands of Catholic Parishes across Europe to take Muslim immigrants into their own homes. Only a hireling would not protect his own flock from wolves. A Hungarian Bishop has come forth to warn his people that Pope Francis is wrong. He calls the immigration an invasion of Islamists, shouting Allah Akbar! He says they are determined to take over. The Prime Minister of Hungary agrees with the Bishop.

Those who have first hand experience on the subject of invasions and takeovers should be heard.
History is a very good teacher if only we are willing to pay attention.

The UN's War on Nativism

Is Christmas a Christian (or Catholic) Holiday?
7 8 9

Mussolini was a peaceful man with a gentle nature, and The Jesus Christ of the 20th Century!
2