We all know of the snipers that started the crisis in Ukraine, now we find out they were from the US backed revolutionary government.

The interesting bit starts at 7 minutes.

Poroshenko warns war between Ukraine, Russia more likely now
Feb. 3, 2016 -- Ukrainian President Petro Poroshenko has warned that open war with Russia is more likely now than it was a year ago, also accusing the Kremlin of not carrying out peace agreements.

Poroshenko told the Bild German newspaper that Russia has implemented "not one single point" of the Minsk Protocol reached in September 2014. "Instead, we can see 8,000 Russian soldiers with Russian commanders in our country, new military sites directly along the border and constant military trainings," Poroshenko said. "Russia is investing a lot in these war preparations." 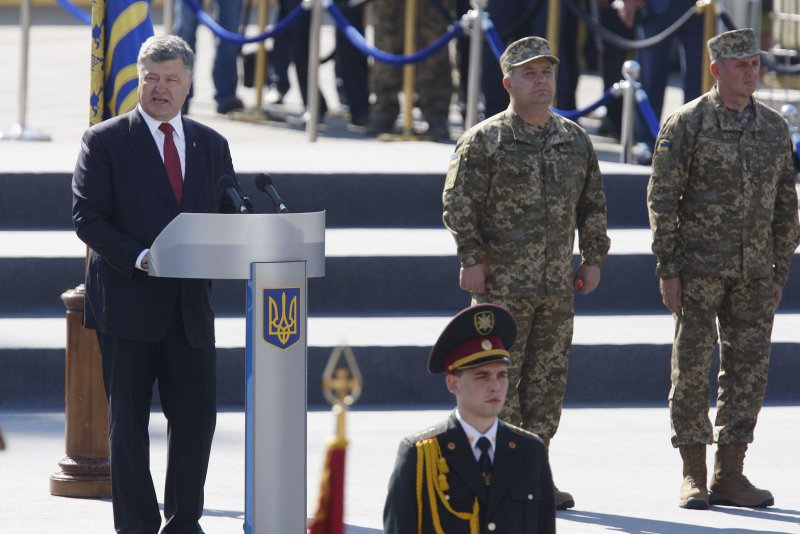 On the issue of Ukraine receiving weapons from Germany, the Ukrainian president said his country is "open to this possibility and we are advocating it" but added "the primary solution is a diplomatic one." "This concerns the security situation in Europe," Poroshenko added. "We should all support each other more in order to be prepared for everything."

Russia Has Deployed Thousands of Tanks, Troops to Ukraine...

Russia Has Deployed Thousands of Tanks, Troops to Ukraine, Top Official Says
Nov. 24, 2017 - Moscow sends a ‘continuous flow of munitions’ into the conflict zone as part of a broader scheme to degrade Ukraine’s army.

The Russian government has deployed thousands of armored vehicles and troops into Ukraine to support separatist rebels in the war-torn country's eastern region, Ukraine's top defense official says, despite repeated assertions from Moscow of minimal military involvement there. "It's a real army. They have continuous inflow of munitions," Pavlo Klimkin, the Ukrainian defense minister, told a small group of reporters on the sidelines of an international security conference here last weekend.

Klimkin says 2,000 Russian armed vehicles and "a couple thousand" Russian soldiers are operating in the contested Donetsk and Luhansk provinces of eastern Ukraine, known collectively as the Donbas. A simmering proxy war has taken place there since 2014, when Russian-backed separatists began fighting to break the rural provinces away from Kiev. In addition, Russia has deployed artillery, mortars, light weapons and missile systems, like the Sa-11 that reportedly shot down a Malaysian airliner in 2015. "In the sense of planning, in the sense of steering, in the sense of operating specific warfare, it's all about the Russians," Klimkin said.

Moscow has repeatedly denied any large-scale deployment of troops into Ukraine. A separatist leader in 2014 dismissed reports of Russian soldiers operating there in 2014 as simply off-duty troops on vacation. Russian President Vladimir Putin has occasionally admitted to the presence of military intelligence operatives in Ukraine and said in October that Russia has been "forced to defend" Russian speakers in eastern Ukraine. The Trump administration is reportedly considering a new arms package for Ukraine, a break from the Obama administration's policy of refusing to provide lethal defensive weapons. Klimkin says he "definitely" believes a new U.S. arms deal is coming but repeatedly declined to discuss any details.

Klimkin did say his military requires tools to conduct electronic warfare, as well as logistics and intelligence like satellite imagery. He praised the ongoing training program conducted by the U.S., Canada and other Western allies in the western Ukrainian town of Lviv. Both Ukraine and the Russian-backed separatists routinely violate the terms of a peace deal known as the Minsk agreement that prohibits heavy weaponry or military activity along a cease-fire line in the Donbas. Analysts fear the peace process has devolved into a simmering conflict that Moscow has employed in an attempt to degrade the Ukrainian military.

Those Ukraine girls really knock me out ... they leave the West behind ...

The one on the left is GORGEOUS!. She looks like Cersei Lannister!

westwall said:
The one on the left is GORGEOUS!. She looks like Cersei Lannister! 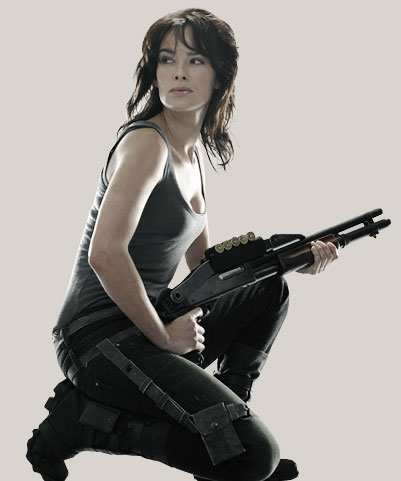 Chart Of The Day: Recession Dead Ahead?

The Progs will DENY SCIENCE when it comes to record snowfalls, that havent happened like this over 100 years.
6 7 8

The Cold Hard Facts About A Pandemic...

Kamala Harris isn't sure where she is...