Crime rate assessment and crime-fighting management should be a priority for any U.S. President, but for President Donald Trump, a casino-magnate and capitalism-baron (and celebrity) turned politician, governing domestic matters can be complicated for an era gauged by globalization, international commerce, and nation-less consumerism.

America is still 'growing' out of the critiques that it should not have 'interfered' in Vietnam's 'civil war,' and now that the world is more 'global' because of trade/commerce, negotiating a presidency that has to balance both international trade negotiations (e.g., G7) and nuclear war threats (e.g., North Korea) with domestic economics interests (e.g., Wall Street, middle-class crime rates, etc.) can feel like a 'fantasy-adventure.'

It's not shocking that Hollywood (USA) has been busy making 'action-packed' civics-paranoia and politics-paranoia films such as Sin City, Captain America: Civil War, Argo, and American Sniper!

Maybe Daredevil should be the Trump Administration's 'vigilance-mascot'!

Such considerations must be tempered of course by all this media attention afforded to domestic anti-TrumpUSA urban/pedestrian protests (wasn't there another one just some days ago?).

TRUMP: How we manage American affairs impacts how much the worlds respects us!
CARTER: Yes, America is 'blighted' by the Vietnam War and the 1992 Los Angeles Race Riots.
TRUMP: That's right, and the world (and the United Nations) wants/needs America to be 'Brainiac.'
CARTER: We have to be careful not to scare volatile nations (e.g., North Korea) into thinking we're shaky.
TRUMP: South Korea offers international commerce the new consumer electronics titan Samsung.
CARTER: We have to tend to the needs of both Wall Street and the Security Council.
TRUMP: Right, and the Taliban blasting the World Trade Center on 9/11 proves America has to 'step-up.'
CARTER: Do you think we can 'appease' our rivals (i.e., China) with talks about 'intellectual property'?
TRUMP: I do believe computers have changed the way we talk about trade/traffic (i.e., NASDAQ).
CARTER: Controlling urban anarchy is therefore a priority for an administration marketing 'control.'
TRUMP: That's why we want civics-matters and domestic crime management to be smooth as silk...
CARTER: Maybe we should refer to you sir as 'Captain America'! 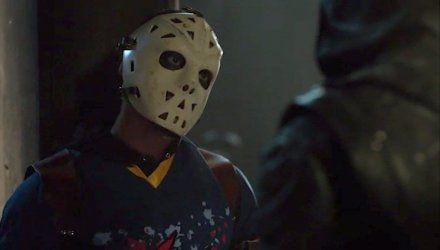 Finally...a monument to the progtards

'The US Had Good Relations With HITLER? Joe Must Be Thinking Aboud Democrats & KKK...

Corruption by the numbers. Who is more corrupt, Republicans or democrats?
2

POTUS Biden, his position on the border?

I will not cooperate! A statement of scientifically and constitutionally backed defiance
17 18 19