Transcript Reveals Trump, Ukrainian President Argued For Fifteen Minutes About Who Would Hang Up 1st 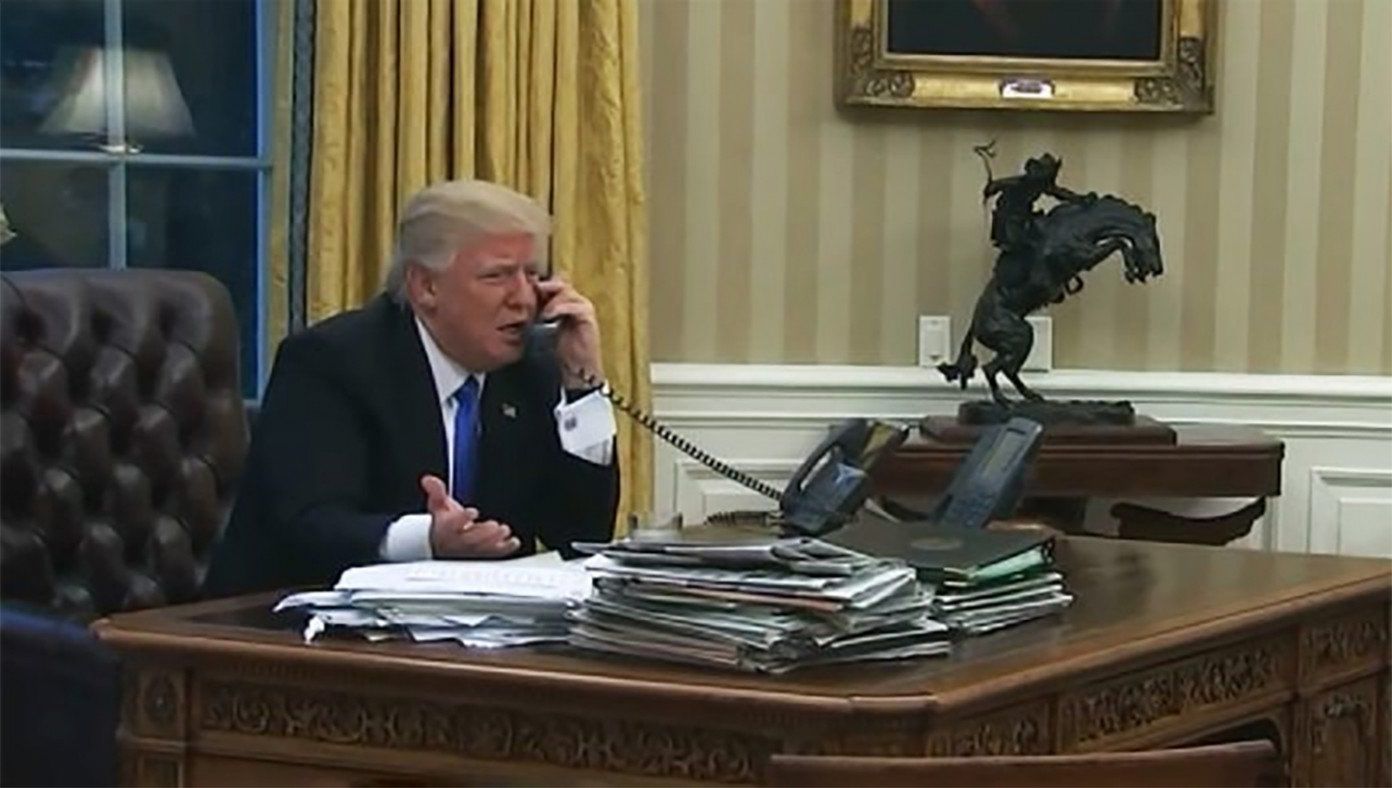 WASHINGTON, D.C.—The recently released transcript of Trump and the Ukrainian president contained many juicy tidbits for pundits to argue over. But perhaps the most interesting part was the conclusion of the phone call. After exchanging pleasantries, Trump and President Volodymyr Zelensky playfully argued for about 15 minutes as to who would hang up first.

"Alright, talk to you soon!" Trump said to conclude the phone call.

There was silence on both ends of the line.

"You hang up first," Trump said.

"No, you," replied Zelensky.

This playful cold war went on for a few minutes.

Finally, the pair agreed to hang up at the same time. "Alright, we'll hang up on three," Trump said. "One, two, three." He waited.

"You didn't hang up, did you?" Zelensky said.

"Nope!" cried Trump before bursting into laughter. "You rascal!"

At long last the call ended when Trump threatened to withhold military aid unless Zelenskey hung up first.

Transcript Reveals Trump, Ukrainian President Argued For Fifteen Minutes About Who Would Hang Up First

LoL yeah President Zelensky seemed pretty chill during the press conference for a guy who was soooooo BULLIED by the Mafia Chieftan a.k.a Donald Trump.

Have you noticed they travel in Threes

National Guard Surrenders to the Protesters
2 3

Fake News. The Media Story that Trump Had Rioters Tear Gassed to Get to the Church is False According to Park Police.
17 18 19