The week in the Isit'real hood.

Neither is God.
H

Israeli High-Tech Companies Raised $1.19 Billion In The Third Quarter Of 2016, The Second Highest Quarterly In 10 Years

The Temple Mount In Jerusalem was definitely a Jewish Shrine long before Islam even existed, going back as far as the time of the Kingdom of Judah. This according to two separate archaeological finds revealed this past week.

Ancient clay pottery fragments dating back to the First Temple Period which were used in Temple sacrifices have been discovered, according to a report in the Hebrew Israeli daily Haaretz. In addition to this news. the Hebrew daily Yisrael Hayom (Israel Today) has reported on the discovery near Hebron of a one thousand year old Arabic Muslim inscription which calls the Temple Mount just that.

Both discoveries were made by the Israel Antiquities Authority (IAA).

So now there is even more proof to refute the shocking and unfounded vote by UNESCO to declare that Jews have no historical connection to the Temple Mount. That decision was clearly politically motivated and not based on any evidence of any kind disproving a Jewish connection to ancient Jerusalem. Apparently even the New Testament is not considered a reliable source of information for the U.N. not to mention all of the ancient Greek and Roman historical texts that have survived to today and which talk about the Jews and Judea.

The new historical evidence is as overwhelming as it is convincing and comes on the heels of the recent discovery of a 2,700 year old papyrus which refers to the city of Jerusalem in Hebrew. So we do know that Jerusalem and the country were both Jewish areas as far back as 700 BC, or at least before the Persian conquest of the region which took place 200 years later.

But even if you acknowledge this fact, there are Arabs who claim that the Jews did not settle in the area until era and that they did not build a Temple in Jerusalem until after the rise of the Persian Empire.

Air India To Launch New Flights To Tel Aviv, Washington, Stockholm And Africa
The new route is part of the carrier's expansion plans.


No announcement of flights to Pal'istan. I suppose it was difficult for Air India to provide airport security at Islamic Terrorist International Airport when so many of the Islamic terrorist flights are one-way only.
H


Israeli Startup Gauzy Raises $7 Million For Smart Glass From The US And Asia
Gauzy recently inaugurated a state-of-the-art production line in Israel and offices in Los Angeles, Dallas and Stuttgart.

Gauzy, the Israeli material science and nanotechnology startu, recently completed a third round of funding, $7 million from funds in the US and Asia led by American Fund Lazarus.

In its previous round, the company raised $5 million from UK investment fund Sollange Investments.

Gauzy developed liquid crystal glass laminates that create smart glass for a variety of markets including construction, automotive and consumer electronics, anything from elevators to refrigerators.
P

Plagarism again freddy because you dont have the intelligence to come up with something of your own. Shows just how idiotic and lacking in intelligence you are doesnt it.


And YES I agree it is retribution from the Jewish god to the hatefull Romans that murdered his son and took his people into exile. And many more such things will happen over the coming months
W

... those who come against Israel."

Man convicted for illegally employing Israelis in US

fanger said:
Man convicted for illegally employing Israelis in US
Click to expand...

Here in the U.S. even Americans use illegal laborers, such as Mexicans in the construction industry. Even though this is wrong, the main thing is that using illegal people to work here is certainly not the same as fanger's friends who were caught plotting to do damage to America or going off to join ISIS.

That a Zionist such as Deputy Minister Ayoob Kara is prepared to attribute earthquakes caused by nature to divine will shows the working of a sociopathic mind. He has worn-out his welcome in the European Union. 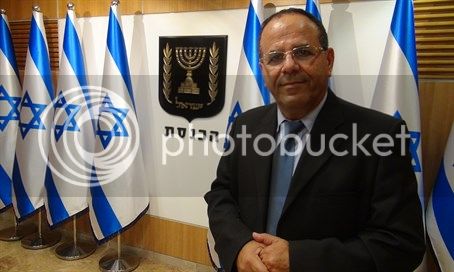 In other Jew _News:

The company is searching for new technologies which can streamline the whole process for for air travelers. We all know how difficult flying can be, especially with all the security checks. And how many times have you heard a story about someone missing a connecting flight only because a a technical error or how someone’s luggage did not make it to the connecting flight? These are the types of problems which AIG is trying to solve.

In other news, there were no announcements of companies seeking out Arabs-Moslems posing as "Pal'istanians" as consultants for airline secure baggage handling / logistics.

Eloy said:
That a Zionist such as Deputy Minister Ayoob Kara is prepared to attribute earthquakes caused by nature to divine will shows the working of a sociopathic mind. He has worn-out his welcome in the European Union.

Eloy, I think it is time for you to put in an application to be the assistant to this sociopath who would enjoy someone helping him with your mind set. Just be sure you learn the prayer that you have to say before you go to the toilet. That is the important prerequisite for the job interview.

Do Boobs Cause Earthquakes? | Iranian.com
OP

The Israeli Technology That’s Linked To Virtually Every Drink In The World
Almost every industrially-made drink is pasteurized, but the food industry uses the old-fashioned, wasteful heating method; AseptoRay Ltd., an Israeli company, has developed a technology that makes it possible to pasteurize drinks using ultraviolet light, thereby saving 75% of energy costs and preserving the beverages’ nutritional values. 'We are a high-tech company operating within a traditional industry.

Twenty-seven months after the outbreak of the intifada, 60 percent of the population of the West Bank and Gaza live under a poverty line of US$2 per day. The numbers of the poor have tripled from 637,000 in September 2000 to nearly 2 million today.

With a dedicated welfare agency for their exclusive mismanagement I suppose, UNRWA will have to pony-up more Islamic terrorist financing dollars.

A mansion for Abbas, weapons for the Islamist gee-had, secret bank accounts for the Islamic terrorist capos, etc., it's becoming quite expensive for the kuffar to maintain so many Islamist terrorist franchises.

I can't stop chuckling over this one. I wonder how many men would try to convince their co-workers that this is quite OIK.

It goes to show you that there are crazies in each religion who come up with silly things.
OP

He is an Israeli Government minister. Not some crazy mullah.
P

fanger said:
Man convicted for illegally employing Israelis in US
Click to expand...

Back to spamming the board as you have already posted this how many times. Do you like getting banned all the time ?
P

montelatici said:
He is an Israeli Government minister. Not some crazy mullah.
Click to expand...


And you are one of these crazy mullah's so balancing the beam. How many islamonazi leaders have said that natural disasters that befall Israel are "allah's work" and are in retribution to their alleged wrongdoings. Then only to see a massive earthquake destroy some islamonazi structure
P

Eloy said:
That a Zionist such as Deputy Minister Ayoob Kara is prepared to attribute earthquakes caused by nature to divine will shows the working of a sociopathic mind. He has worn-out his welcome in the European Union.

Does the same apply to the islamonazi's when they do the same thing ? Or is this just another example of you using any tiny little thing to demonise the Jews.
You must log in or register to reply here.

This Week in the Pal'istanian Hood

A moment ago
Utilitarian

Why is the Left obsessed with forcing the Right to believe the Election wasn’t Stolen?
12 13 14

This is not true, is it? Removing confederates from Arlington?
6 7 8