THE PATH TO TOTAL DICTATORSHIP: AMERICA’S SHADOW GOVERNMENT AND ITS SILENT COUP

“Today the path to total dictatorship in the U.S. can be laid by strictly legal means, unseen and unheard by Congress, the President, or the people. Outwardly we have a Constitutional government. We have operating within our government and political system … a well-organized political-action group in this country, determined to destroy our Constitution and establish a one-party state….

The important point to remember about this group is not its ideology but its organization… It operates secretly, silently, continuously to transform our Government…. This group … is answerable neither to the President, the Congress, nor the courts. It is practically irremovable.”— Senator William Jenner, 1954 speech

Unaffected by elections. Unaltered by populist movements. Beyond the reach of the law.

A corporatized, militarized, entrenched bureaucracy that is fully operational and staffed by unelected officials who are, in essence, running the country, this shadow government represents the hidden face of a government that has no respect for the freedom of its citizenry.

To be precise, however, the future president will actually inherit not one but two shadow governments.

The first shadow government, referred to as COG or Continuity of Government, is made up of unelected individuals who have been appointed to run the government in the event of a “catastrophe.” COG is a phantom menace waiting for the right circumstances—a terrorist attack, a natural disaster, an economic meltdown—to bring it out of the shadows, where it operates even now. When and if COG takes over, the police state will transition to martial law.

Yet it is the second shadow government—also referred to as the Deep State—that poses the greater threat to freedom right now. Comprised of unelected government bureaucrats, corporations, contractors, paper-pushers, and button-pushers who are actually calling the shots behind the scenes, this government within a government is the real reason “we the people” have no real control over our government.

The Deep State, which “854,000 contract personnel with top-secret clearances, “a number greater than that of top-secret-cleared civilian employees of the government.” It’s what former congressional staffer Mike Lofgren refers to as “a hybrid of national security and law enforcement agencies”: the Department of Defense, the State Department, Homeland Security, the CIA, the Justice Department, the Treasury, the Executive Office of the President via the National Security Council, the Foreign Intelligence Surveillance Court, a handful of vital federal trial courts, and members of the defense and intelligence committees.

It’s every facet of a government that is no longer friendly to freedom and is working overtime to trample the Constitution underfoot and render the citizenry powerless in the face of the government’s power grabs, corruption and abusive tactics.

These are the key players that drive the shadow government.

This is the hidden face of the American police state that will continue long past Election Day.

Just consider some of the key programs and policies advanced by the shadow government that will continue no matter who occupies the Oval Office.

Domestic surveillance. No matter who wins the presidential popularity contest, the National Security Agency (NSA), with its $10.8 billion black ops annual budget, will continue to spy on every person in the United States who uses a computer or phone. Thus, on any given day, whether you’re walking through a store, driving your car, checking email, or talking to friends and family on the phone, you can be sure that some government agency, whether the NSA or some other entity, is listening in and tracking your behavior. Local police have been outfitted with a litany of surveillance gear, from license plate readers and cell phone tracking devices to biometric data recorders. Technology now makes it possible for the police to scan passersby in order to detect the contents of their pockets, purses, briefcases, etc. Full-body scanners, which perform virtual strip-searches of Americans traveling by plane, have gone mobile, with roving police vans that peer into vehicles and buildings alike—including homes. Coupled with the nation’s growing network of real-time surveillance cameras and facial recognition software, soon there really will be nowhere to run and nowhere to hide. 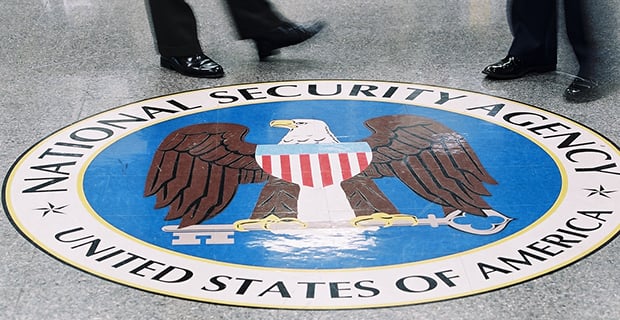 Global spying. The NSA’s massive surveillance network, what the Washington Post refers to as a $500 billion “espionage empire,” will continue to span the globe and target every single person on the planet who uses a phone or a computer. The NSA’s Echelon program intercepts and analyzes virtually every phone call, fax and email message sent anywhere in the world. In addition to carrying out domestic surveillance on peaceful political groups such as Amnesty International, Greenpeace and several religious groups, Echelon has also been a keystone in the government’s attempts at political and corporate espionage.

Roving TSA searches. The American taxpayer will continue to get ripped off by government agencies in the dubious name of national security. One of the greatest culprits when it comes to swindling taxpayers has been the Transportation Security Administration (TSA), with its questionable deployment of and complete mismanagement of millions of dollars’ worth of airport full-body X-ray scanners, punitive patdowns by TSA agents and thefts of travelers’ valuables. Considered essential to national security, TSA programs will continue in airports and at transportation hubs around the country. 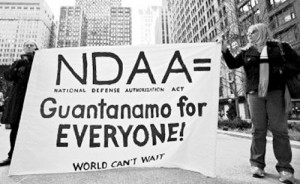 USA Patriot Act, NDAA. America’s so-called war on terror, which it has relentlessly pursued since 9/11, will continue to chip away at our freedoms, unravel our Constitution and transform our nation into a battlefield, thanks in large part to such subversive legislation as the USA Patriot Act and National Defense Authorization Act. These laws completely circumvent the rule of law and the rights of American citizens. In so doing, they re-orient our legal landscape in such a way as to ensure that martial law, rather than the U.S. Constitution, is the map by which we navigate life in the United States. These laws will continue to be enforced no matter who gets elected.

Having been given the green light to probe, poke, pinch, taser, search, seize, strip and generally manhandle anyone they see fit in almost any circumstance, all with the general blessing of the courts, America’s law enforcement officials, no longer mere servants of the people entrusted with keeping the peace, will continue to keep the masses corralled, controlled, and treated like suspects and enemies rather than citizens.

SWAT team raids. With more than 80,000 SWAT team raids carried out every year on unsuspecting Americans by local police for relatively routine police matters and federal agencies laying claim to their own law enforcement divisions, the incidence of botched raids and related casualties will continue to rise. Nationwide, SWAT teams will continue to be employed to address an astonishingly trivial array of criminal activity or mere community nuisances including angry dogs, domestic disputes, improper paperwork filed by an orchid farmer, and misdemeanor marijuana possession.

Domestic drones. The domestic use of drones will continue unabated. As mandated by Congress, there will be 30,000 drones crisscrossing the skies of America by 2020, all part of an industry that could be worth as much as $30 billion per year. These machines, which will be equipped with weapons, will be able to record all activities, using video feeds, heat sensors and radar. An Inspector General report revealed that the Dept. of Justice has already spent nearly $4 million on drones domestically, largely for use by the FBI, with grants for another $1.26 million so police departments and nonprofits can acquire their own drones.

School-to-prison pipeline. The paradigm of abject compliance to the state will continue to be taught by example in the schools, through school lockdowns where police and drug-sniffing dogs enter the classroom, and zero tolerance policies that punish all offenses equally and result in young people being expelled for childish behavior. School districts will continue to team up with law enforcement to create a “schoolhouse to jailhouse track” by imposing a “double dose” of punishment: suspension or expulsion from school, accompanied by an arrest by the police and a trip to juvenile court.

Overcriminalization. The government bureaucracy will continue to churn out laws, statutes, codes and regulations that reinforce its powers and value systems and those of the police state and its corporate allies, rendering the rest of us petty criminals. The average American now unknowingly commits three felonies a day, thanks to this overabundance of vague laws that render otherwise innocent activity illegal. Consequently, small farmers who dare to make unpasteurized goat cheese and share it with members of their community will continue to have their farms raided.

Privatized Prisons. States will continue to outsource prisons to private corporations, resulting in a cash cow whereby mega-corporations imprison Americans in private prisons in order to make a profit. In exchange for corporations buying and managing public prisons across the country at a supposed savings to the states, the states have to agree to maintain a 90% occupancy rate in the privately run prisons for at least 20 years.

Endless wars. America’s expanding military empire will continue to bleed the country dry at a rate of more than $15 billion a month (or $20 million an hour). The Pentagon spends more on war than all 50 states combined spend on health, education, welfare, and safety. Yet what most Americans fail to recognize is that these ongoing wars have little to do with keeping the country safe and everything to do with enriching the military industrial complex at taxpayer expense.

Are you getting the message yet?

The next president, much like the current president and his predecessors, will be little more than a figurehead, a puppet to entertain and distract the populace from what’s really going on.

As Lofgren reveals, this state within a state, “concealed behind the one that is visible at either end of Pennsylvania Avenue,” is a “hybrid entity of public and private institutions ruling the country according to consistent patterns in season and out, connected to, but only intermittently controlled by, the visible state whose leaders we choose.”

The Deep State not only holds the nation’s capital in thrall, but it also controls Wall Street (“which supplies the cash that keeps the political machine quiescent and operating as a diversionary marionette theater”) and Silicon Valley.

This is fascism in its most covert form, hiding behind public agencies and private companies to carry out its dirty deeds.

It is a marriage between government bureaucrats and corporate fat cats.

[T]he Deep State is so heavily entrenched, so well protected by surveillance, firepower, money and its ability to co-opt resistance that it is almost impervious to change… If there is anything the Deep State requires it is silent, uninterrupted cash flow and the confidence that things will go on as they have in the past. It is even willing to tolerate a degree of gridlock: Partisan mud wrestling over cultural issues may be a useful distraction from its agenda. 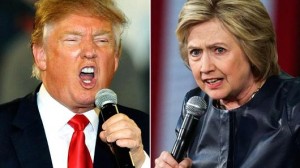 In other words, as I point out in my book Battlefield America: The War on the American People, as long as government officials—elected and unelected alike—are allowed to operate beyond the reach of the Constitution, the courts and the citizenry, the threat to our freedoms remains undiminished.

So the next time you find yourselves despondent over the 2016 presidential candidates, remember that it’s just a puppet show intended to distract you from the silent coup being carried out by America’s shadow government.

LINK: www.octoldit.info
You must log in or register to reply here.

The Clinton Scandal and the FBI: US government out of control

hillary hurt a child and should be held accountable especially since her husband is a rapist.

“We should be outraged that someone’s talking to a 3 year old about changing their sex.”

A report card on the Biden administration
10 11 12

A moment ago
Sandy Shanks